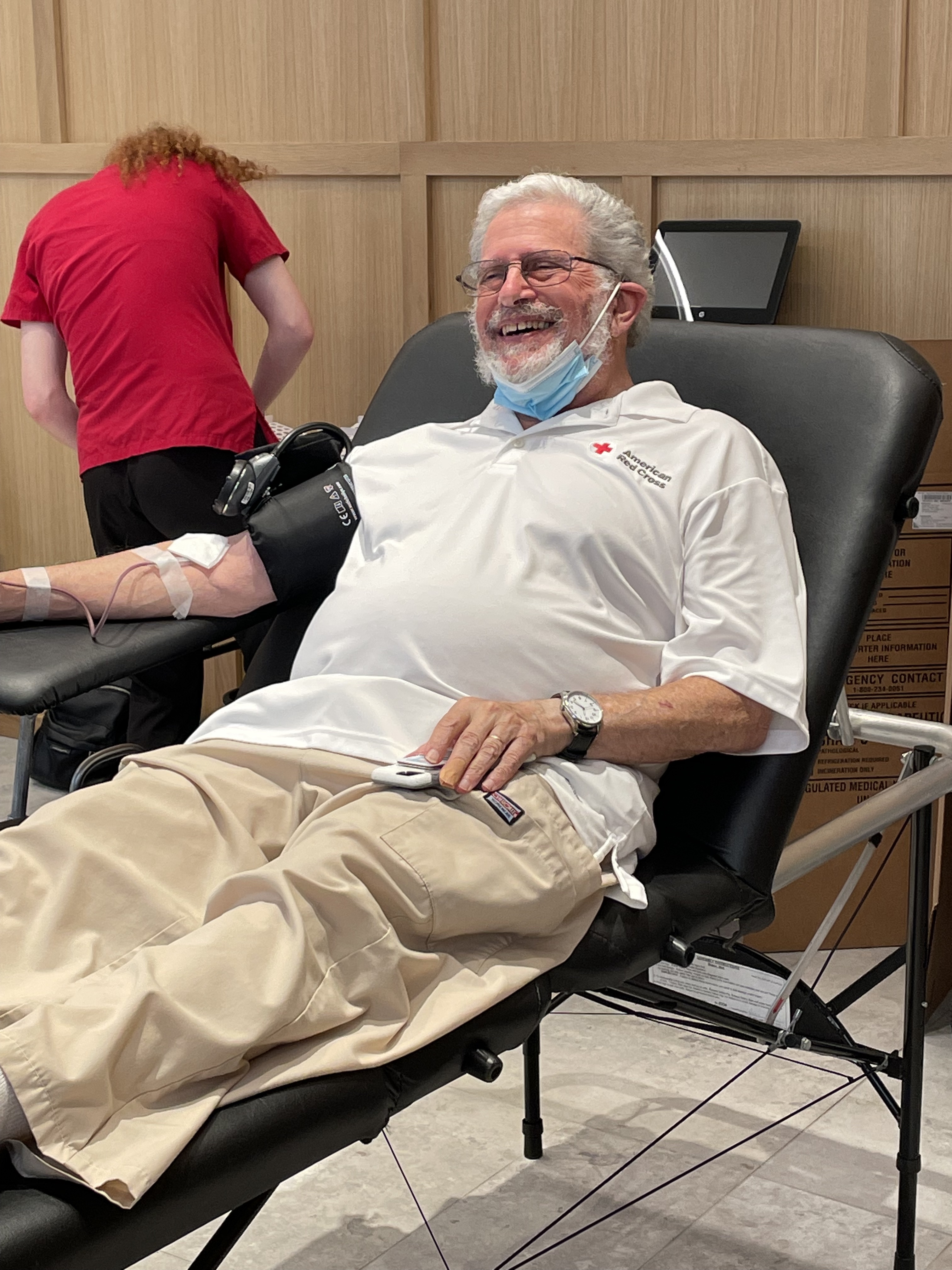 West End Synagogue member, Mosh Koch waits patiently in the synagogue’s social hall as a Red Cross worker assesses his ability to give blood. It would be his 17th gallon donated since he began the life-giving donations in 1961. “I was giving six times a year,” says the 78-year-old, “But my doctor wants me to slow down.” He gets the go-ahead for this time and heads to the next station. Koch is also one of the coordinators of the drive, the first for the synagogue. The plan was to include seven local houses of worship, but unfortunately, staffing shortages at the Red Cross meant the drive had to be scaled back. Greg Siskind, Donor Recruitment Director for the local Red Cross, says, “We’ve been working on getting the shortage remedied, but just can’t accommodate as many people as we’d like.”

The drive included Sherith Israel and Westminster Presbyterian Church, all in the West End neighborhood. It highlights a deep and long-term relationship between the diverse faith congregations. Pastor Donovan Drake, of Westminster, says, “Rabbi Kullock and I have shared lunch together on several occasions. We would do this quite regularly until 2020 and the Covid interruption. I suspect we’ll get back to it shortly. It’s been great to get to know him and share our stories. We often share and/or commiserate in the challenges of shepherding our congregations.” 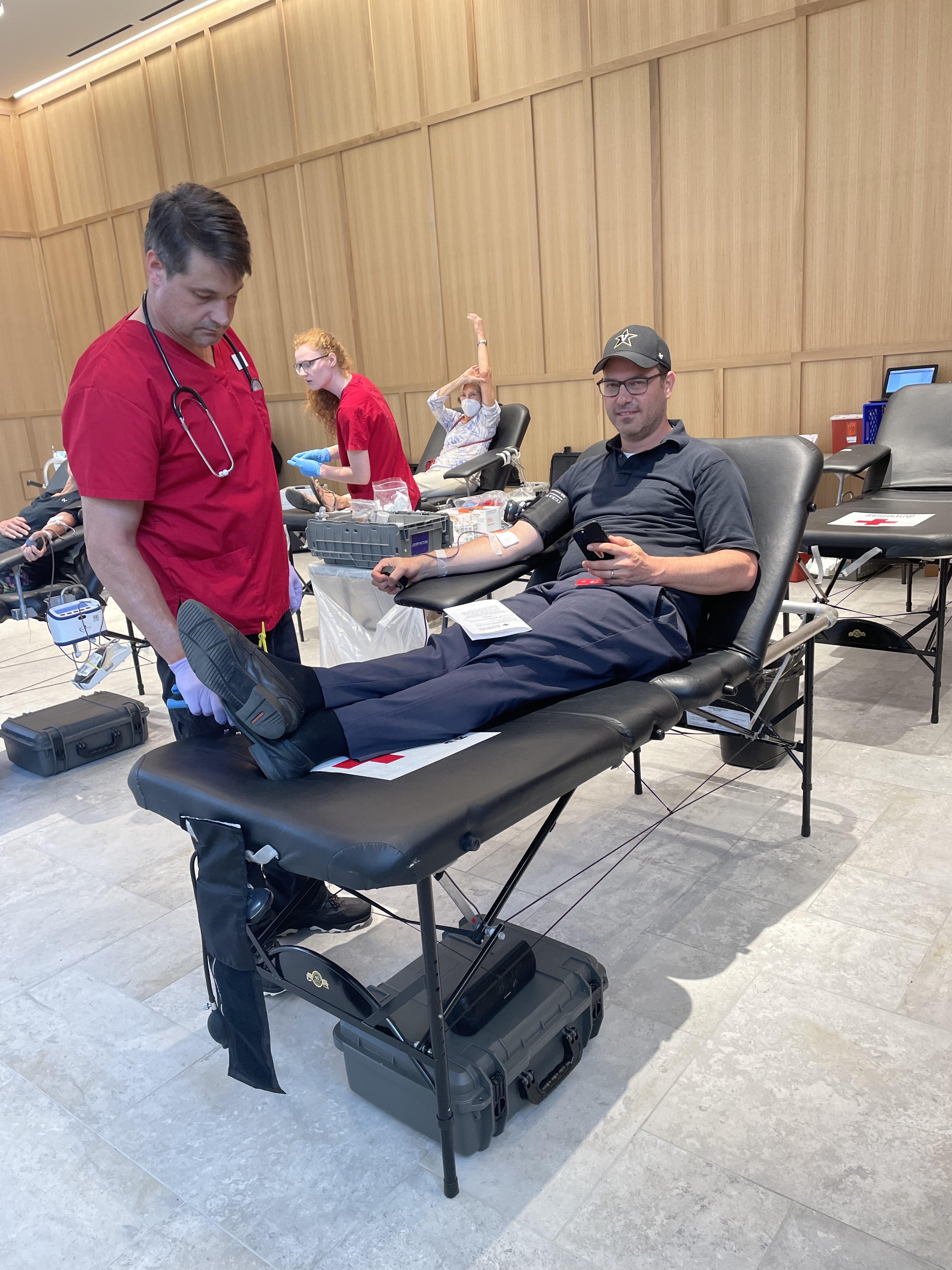 Also donating that day was Rabbi Saul Strosberg of Sherith Israel. He says giving blood offers a unique opportunity for Jews. “The special thing about giving blood, for those who are able, is that while, on the surface, it plays a role in saving a life, symbolically, it is so much more. In the Torah, blood is life itself, and while the donor gives just a little bit of their time and a mere bag of blood, they receive the direct benefit of passing part of their life on to someone else, without any sacrifice. In a way, this is the modern chesed shel emet, altruistic righteousness.” And, Pastor Drake says giving blood is a unifying act, “In a divisive world, it feels great to buck the trend and roll up our sleeves and share together in the fact that all of us are wonderfully and fearfully made by our creator. I don’t know how many pints of blood were harvested in our joint effort, but I do know that the blood given will not say “West End Synagogue” or “Westminster Presbyterian.” It will be designated with a blood type that will give life.” 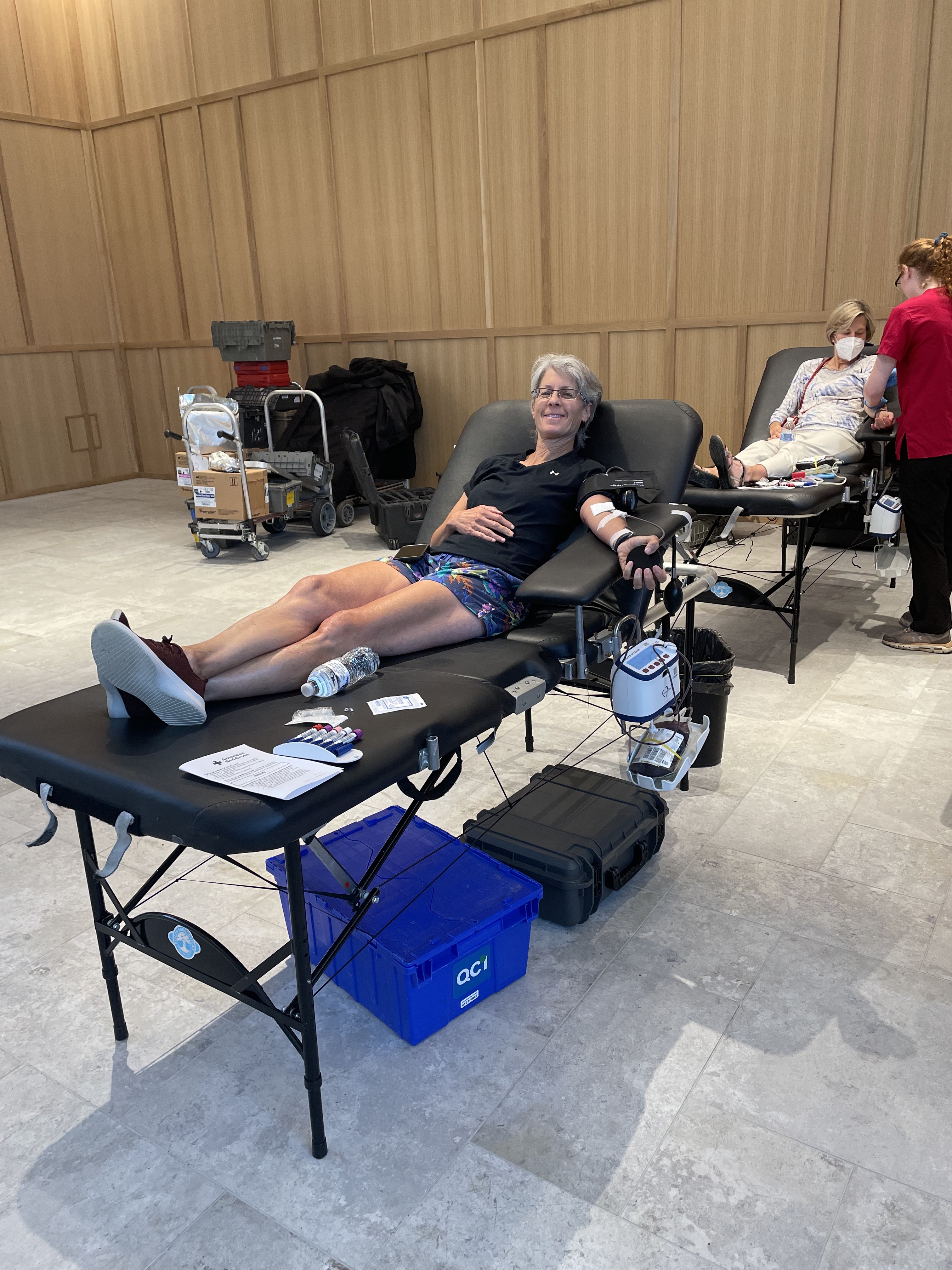 Despite the challenges, 34 people were scheduled to donate during the drive. “Our goal was 25, so it’s a big success,” says Koch. The event was a project of the West End Synagogue Social Action Committee. Also involved in the planning were Marsha Jaffa, Kitty Calhoun, and West End Synagogue Executive Director Jim Holzer, along with many other volunteers. Another blood drive is in the planning stages for the end of the calendar year, to be hosted at Westminster Presbyterian Church.