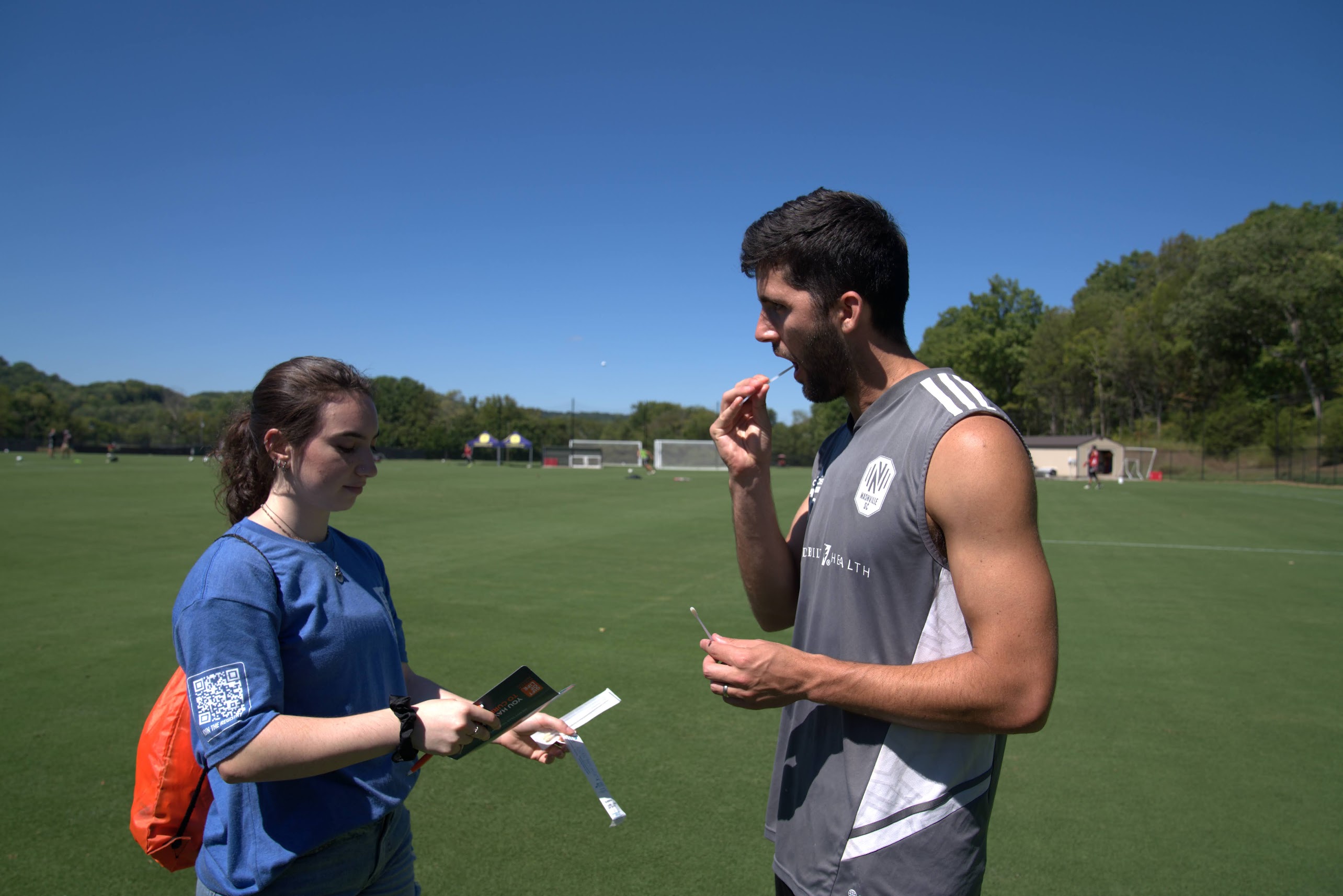 Gift of Life’s (GOL) mission is to cure blood cancer though cellular therapy. This organization engages the public to get involved in curing blood cancer, whether as a donor, volunteer, or a financial supporter. One of the ways Gift of Life implements its mission is by organizing donor recruitment drives. GOL provides the training and materials to swab the cheeks of perspective donors and find matches for patients in need of bone marrow or stem cell donations.

Vanderbilt Hillel has partnered with Gift of Life since October 2019 as part of the Campus Ambassador program (CAP). Nearly 65% of donors are between the ages of 18 and 29, so Gift of Life formed the CAP program to team up with college campuses all over the country to organize donor recruitment drives. Since the beginning of its partnership, Vanderbilt Hillel has advised campus ambassadors in 102 campus drives, collected 2,763 swabs, found 48 matches, and saved 5 lives.

Amanda Bortner-Hirszman, Class of ‘24, is a campus ambassador for Vanderbilt University and active member of the Vanderbilt Hillel Tikkun Olam Committee. She says, “Working with gift of life is incredibly rewarding because I get to see the impact our work has when meeting the donors and recipients. I enjoy swabbing events because it brings people together under a common cause. It was amazing to be invited to the Nashville Soccer Club practice and swab player Eric Miller, who was eager to learn more about Gift of Life. I feel so passionate about this organization and it’s great to see the rest of the Vanderbilt and Nashville community sharing that enthusiasm for curing cancer.”

Brian Small, Jewish Community Recruitment Engagement Manager at Gift of Life commented, “Vanderbilt Hillel has been one of our best campus partners. Their support of the CAP program has been essential to our mission of saving lives.”