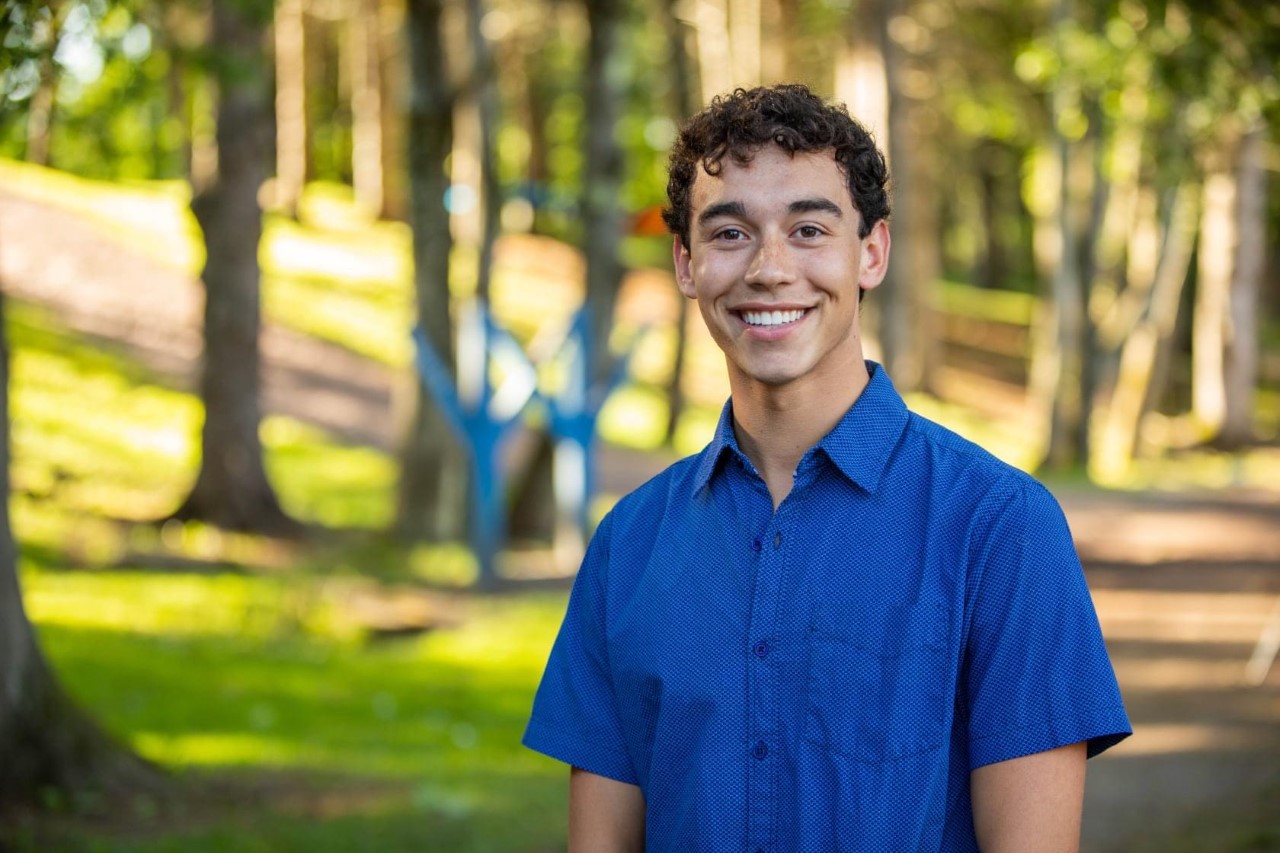 Max Perry, the recipient of the StandWithUs 2022 “Leaders of Tomorrow” award, is used to being in the minority. He was the only Jewish student out of 2,200 students at his high school in Florence, Kentucky. His family’s nearest synagogue was across state lines in Cincinnati.

“I would drive 45 minutes with my parents to the synagogue just to be a part of the community,” Perry said in a Zoom interview. “While for some, this can be seen as a barrier, I thought, ‘How Jewish can we be while being separated spatially? How can I be a part of this community when it’s not particularly easy?’”

Perry, 18, described the “real-life challenges” of being the sole Jewish representation in middle and high school. He said he experienced antisemitism and discrimination due to his religious identity.

“Growing up, my peers made Holocaust jokes, drew swastikas on my desk, did Nazi salutes at me in the halls,” Perry said.

It wasn’t until his senior year of high school that everything changed. Perry said he was involved in the theater program, which put on a production of “Dark Road,” a narrative of the Holocaust from the perspective of a Nazi. The play tells the story of a young German girl who becomes a guard for a nearby women’s concentration camp, illustrating the “choices that allow evil to become ordinary,” according to its synopsis on Playscripts. Perry noted that there is a difference between shock value and education because he said “Dark Road” was meant to be shocking.

“After that, I began to kind of hide my Jewish identity,” Perry said. “I didn’t really want to be outwardly Jewish. This production was the catalyst for that. I eventually realized this wasn’t right; I can be who I am. …”

Perry said he began to reintegrate himself into the Jewish community. A year prior, he had joined his local BBYO chapter and StandWithUs, an international nonprofit Israel education organization. He first met Sami Steigmann, a Holocaust survivor, at a BBYO summer camp in July 2021.

“I knew that I was meeting living history,” Perry said. “Something I really admire about [Steigmann] is that he’s full of life. He’s 83 years old and smiling and laughing; the embodiment of true happiness in a person.”

The two went their separate ways after meeting. Perry said he encountered Steigmann again the following February and talked about the challenges of being Jewish in a predominantly non-Jewish town. Steigmann, a motivational speaker, said he wanted to speak at schools in northern Kentucky.

“I feel that Holocaust education is universal,” Perry said. “It teaches the story of some of the worst parts of humanity but also teaches us how to prevent future atrocities. …We wanted to teach about the Holocaust because it applies to everything else.”

He added that hatred is not unique to the Jewish community, but can affect any marginalized group, which is why it is crucial to foster diversity and inclusion in all aspects. Perry said he was drawn to Holocaust education and antisemitism after a research project revealed a lack of Holocaust education at his school.

“It wasn’t perfect, but I found that a significant portion of students, especially on the younger end, have reduced education of the Holocaust,” Perry said of his research.

His study included a question about how many Jews died in the Holocaust. “The responses were remarkable,” Perry said. “There was a stark difference between the freshmen and sophomores and the juniors and seniors. The freshmen and sophomores’ responses [on Jewish lives lost in the Holocaust] were an average of about 20 percent less than the juniors’ and seniors.’” Perry said he attributes this disparity to Covid-19, which disrupted students from the Holocaust unit in eighth grade history.

Wanting to make a difference in his community, Perry said he independently organized and managed a four-day speaking tour for Steigmann. Perry originally brought up the idea with his AP U.S. Government teacher, who was supportive, then consulted his school’s assistant principal, principal and eventually the superintendent of Boone County Schools. Perry said he emailed every school superintendent in a 30-mile radius to spread the message about the speaking tour.

Steigmann presented to more than 4,000 students across northern Kentucky and Cincinnati, sharing his story as a Holocaust survivor and educating about the stages leading up to genocide.

“He talks about how the Holocaust happened but interweaves his own story,” Perry said. “He talked about his own life. You realize that Mr. Steigmann has not had it easy: he lost nearly every family member to the Holocaust, been homeless and lived below the poverty line, but he’s one of the happiest guys you’ll ever see. If this 83-year-old guy — who’s gone through everything he’s gone through — can be happy and talk about his story, students realized that they could, too.”

Perry said Steigmann’s willingness to share his life experiences was influential to audience members, especially for students at underserved schools. Teachers at these schools noticed that some previously withdrawn students had become more forthcoming with their emotions and personal stories following Steigmann’s presentation, said Perry.

“[Steigmann] is the real-life embodiment of happiness in the face of the most extreme circumstances possible,” Perry said.

Perry, who moderated the events and asked Steigmann questions throughout the events, was recognized for his work in Holocaust education with the “Leaders of Tomorrow” award. The award, presented to one high school student and one college student every year at the StandWithUs Midwest annual gala, recognizes students who have overcome a challenge in their lives related to their support of Israel or their Jewish identity and for going above and beyond in educating their peers and community about antisemitism.

Perry received the award on Nov. 6 in Chicago. “[I felt] absolute happiness,” Perry said of receiving the award. “It was a really amazing moment I got to share with my mom. We got to go to Chicago together. It was an amazing moment; the culmination of months of work and years of conversations. This is just the beginning.”

Perry, now a first-year student at Vanderbilt University, said he will continue his work in Holocaust education. He is a board member of the school’s Holocaust Lecture Series and is active in Vanderbilt Hillel. Perry described the “vibrant Jewish community” at the university, a welcome change from his middle and high school experiences. Gone are the days of wanting to hide his identity.

“You decide to show up,” Perry said. “Whether you are close or far from your Jewish community, you can be as Jewish as you want to be.”

Kol Hakavod to Max on this award and for his continued commitment to leadership roles in Vanderbilt Hillel and the Vanderbilt Holocaust Lecture Series. Having student voices as part of the lecture series planning committee is vital and valuable for us all, and it is inspiring to work with him to both plan and promote these programs. The Jewish Federation of Nashville is committed to supporting both Vanderbilt Hillel and the VHLS for both the campus and general community