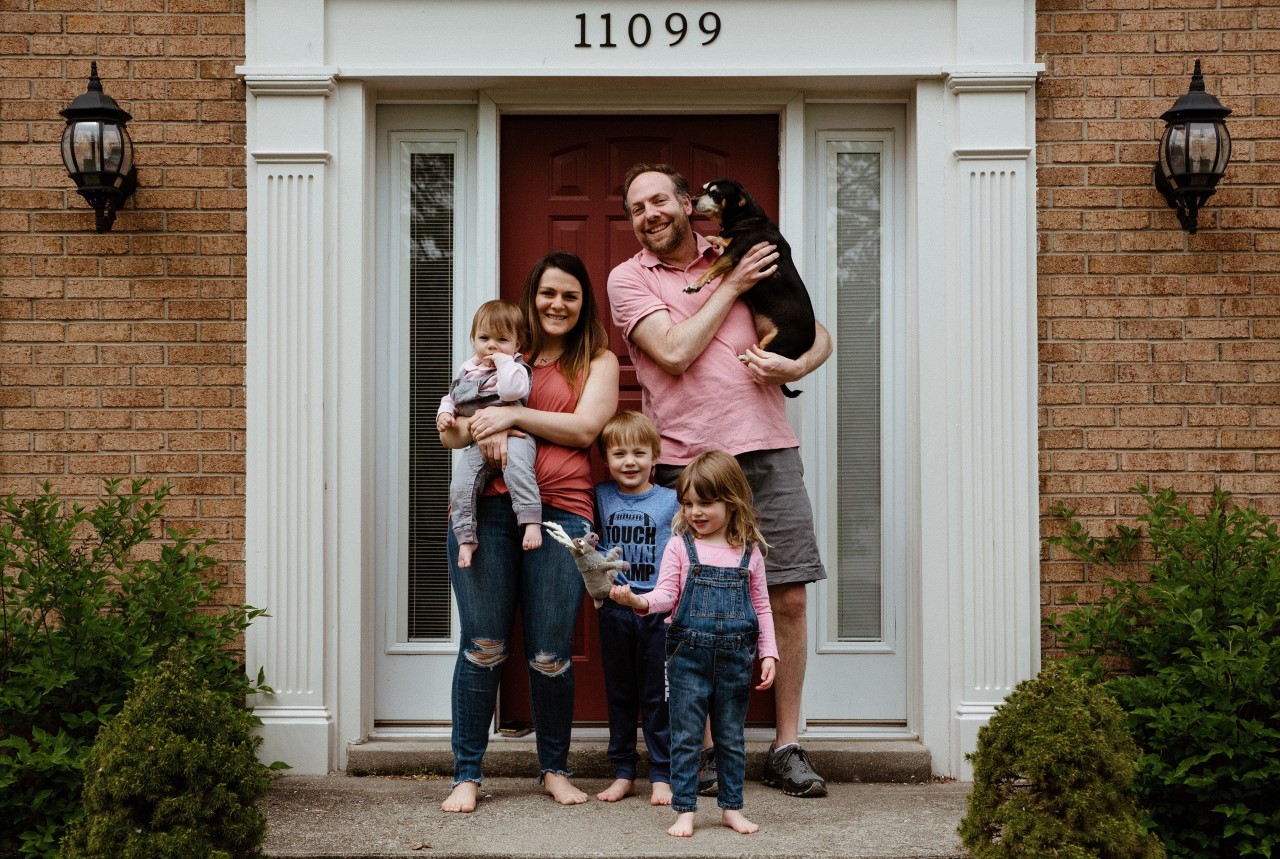 Rabbi Michael Danziger, pictured with his wife and children, will become the next Senior Rabbi of The Temple

The Temple, Nashville’s oldest and largest Reform congregation, is marching proudly into the future with the hiring of Rabbi Michael Danziger as its next senior rabbi. The 46-year-old Danziger studied Organizational Communications and Business at the University of Texas at Austin. After college, he spent several years working in the Jewish camping business, including at URJ Henry S. Jacobs Camp in Mississippi. He also worked under Rabbi Micah Greenstein at Temple Israel of Memphis as Youth and Family Director and continued to develop professionally working in the field of Real Estate and Property Management. He is married and has three young children. His wife is also a rabbi and will continue working remotely for the Union for Reform Judaism. Search Committee Chair, Judy Lefkovitz, says Rabbi Danziger’s non-traditional path to the pulpit is part of what makes him the right person for this position. “Rabbi Danziger is a seasoned Jewish professional with over 18 years of leadership experience.” She says he was highly thought of by previous employers and congregational leaders, and his references highlighted his kind, thoughtful, authentic personality, and said he is a talented teacher with a natural gift for the rabbinate.

The Search Committee was chaired by Lefkovitz and Ralph Levy and included 12 other members of the congregation. Lefkowitz says each of the committee’s 14 members signed a covenant pledging to be open minded and to commit the time necessary to finding the right fit. According to Levy, “The committee’s search process was exhaustive and comprehensive and followed the guidelines of the Central Conference of American Rabbis, the Reform movement’s rabbinic leadership organization.” Both committee chairs say this was an opportunity to set new goals and determine the next phase in the congregation’s life. Levy says there was broad participation, “There were 11 focus groups that included 100 congregants. There was also an online survey, and we had 450 responses.” What resulted, was a list of desired qualities and attributes, including being a strong educator and pulpit presence, someone good with pastoral care, and a strong vision and leadership ability.

When a longtime leader, like Rabbi Mark Schiftan, retires or leaves, it usually creates a foundational change. According to Rabbi Janet Offel, in an article for the Union for Reform Judaism, the change means congregants must say goodbye to what they know and gradually transition into something new. But she says the change is never the same for everyone. “For some, the transition will bring about hopeful feelings of welcoming a new rabbi; others will face the sadness of saying goodbye to the previous rabbi; and still others will find themselves uncertain about the whole thing, lingering in a neutral phase between the two.” In the case of The Temple, the change is tempered by the continuing presence of Rabbi Schiftan, who will remain in Nashville as Rabbi Emertius, along with the other long-time members of the congregation’s clergy. All of which will help usher in this new phase in the congregation’s life.

Ralph Levy says the Search Committee was aware they would not make everyone happy with the outcome. And the ability to help navigate and reunify the congregation was also a high priority in making the choice. “We knew the change would be hard,” says Levy, “But this was the time to think about what people are looking for in the senior rabbi.” He says the participants in the focus groups also provided some good suggestions to lay leadership for making longer term changes such as enhanced opportunities for adult Jewish learning, and it gave the participants the opportunity to make some new connections and meet some new Temple members.

Despite the challenge of knowing there would be some members upset by whomever was chosen, Rabbi Danziger was the unanimous choice of the Search Committee, the Executive Committee and the officers. He was also the overwhelming choice of the Board of Trustees and the congregation.  President Jim Marks says, “I am excited that Rabbi Danziger will be joining The Temple as its next Senior Rabbi. Not only will he be a wonderful leader for The Temple, but I believe he will also be a great addition to the Nashville Jewish community.”

A Transition Committee, chaired by Nancy Shapiro and Lauren Wachsman, is gearing up to welcome the Danziger family and create opportunities for them to meet and get to know the congregation. As for Rabbi Mark Schiftan, he is very supportive of the new direction the congregation is taking and is looking forward to his next chapter. “I’m excited for the next chapter in the life of the Temple. Rabbi Danziger will bring a new vision, a new energy, and a new set of ideas for the Temple’s future growth and continued dynamic development. His warmth, wisdom and empathy will add strength to our established strength and communal leadership as a sacred congregation.”