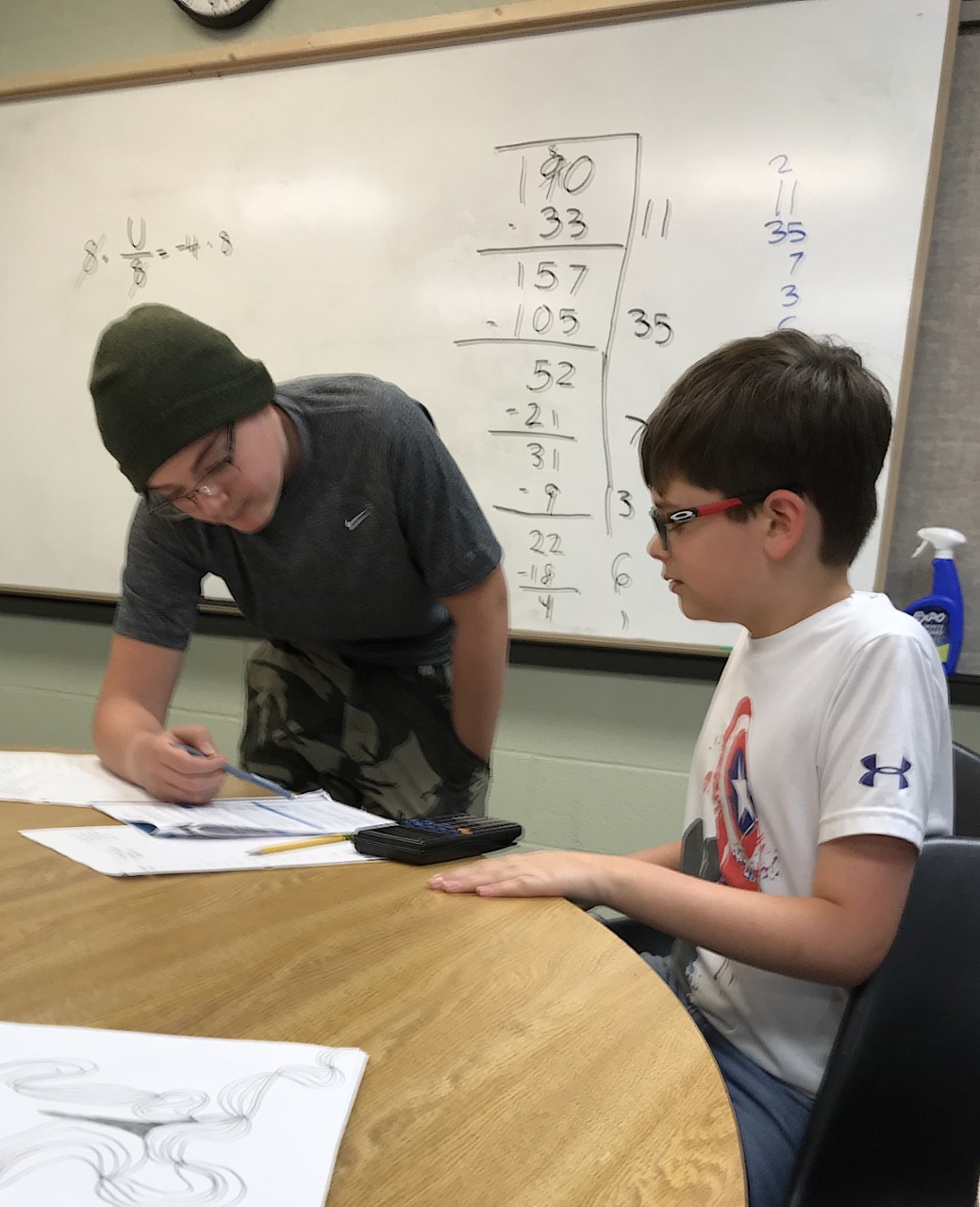 JMS students work together to solve a math problem

In a recent data survey, Jewish Middle School families were asked what they appreciated most about the school. Almost every answer referenced the small class sizes at JMS, and the school’s ability to provide differentiated instruction for all students. For example, when eighth grade students asked for a class that taught math ahead of the standard middle school curriculum, JMS had the ability and resources to set up an advanced math class for them.

Across the country, the quality of math education has been in a steady decline and American students are falling behind the rest of the developed world when it comes to math ability. In 2018 the U.S. Department of Education released results showing that only 33% of eighth graders in the U.S. were proficient in math at grade level. An international study from 2020 ranked U.S. students 31st out of 79 in math literacy. Math Education experts from across the country point to one likely reason: U.S. schools teach math differently.

Most of our country’s schools use the traditional math education model: math subjects are taught independently and distinctly from any other areas of math. Through its ongoing partnership with Peabody College at Vanderbilt, JMS connected with doctoral student Elizabeth Metts. Metts taught math for eight years before returning to school to complete a PhD in Math Education. Using current research and philosophies on math pedagogy, Metts has implemented an integrated math curriculum at the school. Integrated math overlaps mathematical ideas, and interconnects math subjects. Every math class builds on itself and, rather than focusing on one idea at a time, every lesson involves components of multiple math subjects.

Using the Math Vision Project as a curriculum guide, Metts is driven by the students’ interests and curiosity. She says, “JMS gives students the space to explore their interests. At JMS curiosity abounds and the school culture encourages and supports that curiosity.” So, when the class wanted to try rotating a parabola, typically something studied in 10th grade, Metts helped them work out the math. Recent research indicates that students learning with an integrated math curriculum are outperforming students who study math following the traditional curriculum. And at JMS this is no exception. Students in Metts’ class are excelling, not just in middle school math, but they are also performing at a high school level.