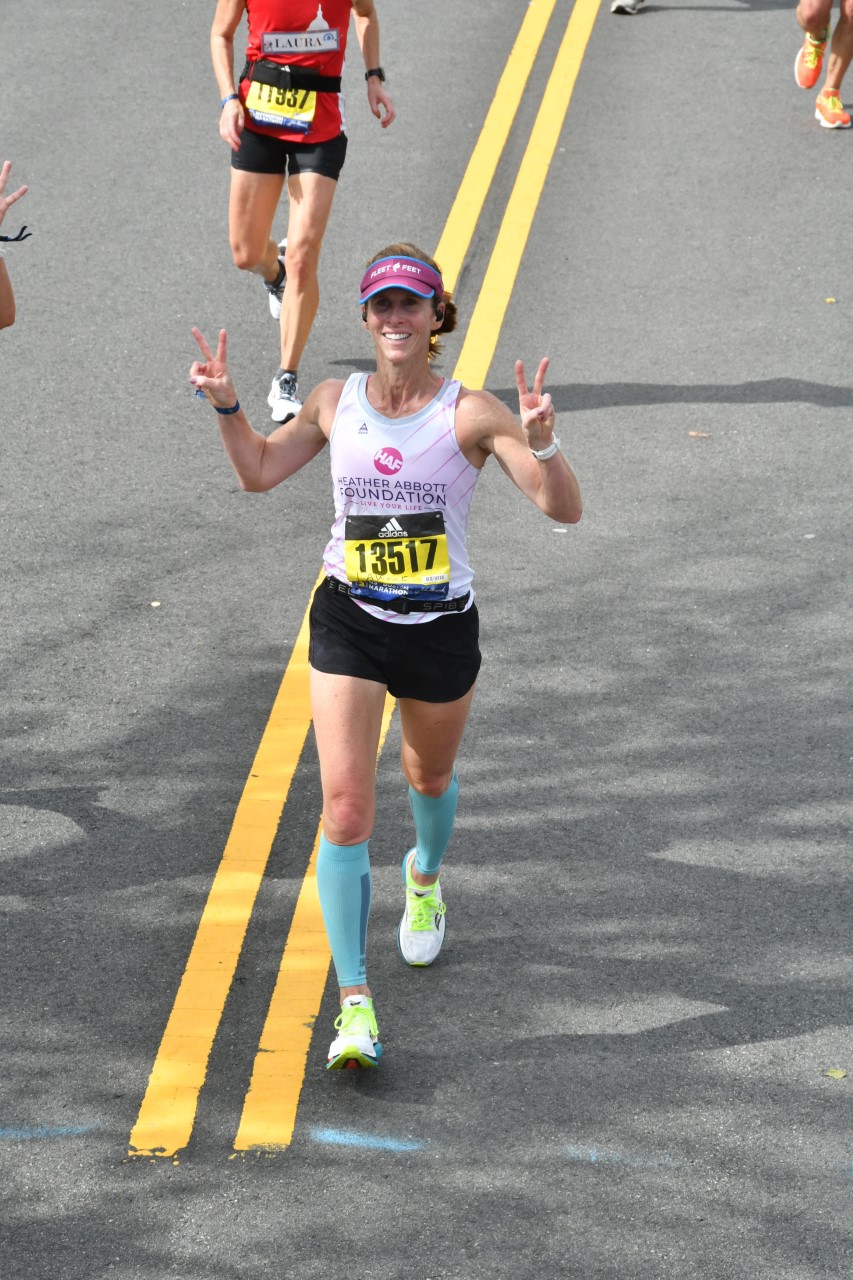 Quoting the incomparable distance runner, Des Linden, winner of the 2018 Boston Marathon and female record holder in the 50K, "this year's race was a suffer-fest!" Yes, Des, it certainly was.  Some had their best race ever. The rest of us managed to find our way to the finish line, but not without some significant struggles along the way. Maybe it was the 90% humidity or the sunshine along the course, which was both a blessing and a curse. Maybe it was the four formidable hills that welcome runners to the town of Newton between miles 16 and 21 when no runner feels fresh as a daisy. But regardless of the cramping and the fatigue (all of which I experienced at new levels during this race), the Boston Marathon did not disappoint. The crowds were consistent and spirited from Hopkington to the city of Boston with its iconic Citgo sign welcoming us to the final miles of the race. The energetic vibration of the entire city around Copley Square was nothing short of magical and brought me to tears as I made my way to vaccination check and bib pick up the day before the race. The human spirit is at its best at an event like Boston. Our team of nine runners managed to raise just over 100,000 dollars for the Heather Abbott Foundation and provide prosthetic limbs to worthy recipients. Was it the toughest race of my recreational running career? Yes. Was it as incredible as I had hoped and ultimately dreamed that it would be? Without a doubt. Will I go back for a better run and more fundraising in April? I am already counting down the days. If you would like to give to HAF or consider running for the team, don't hesitate to reach out to me directly.