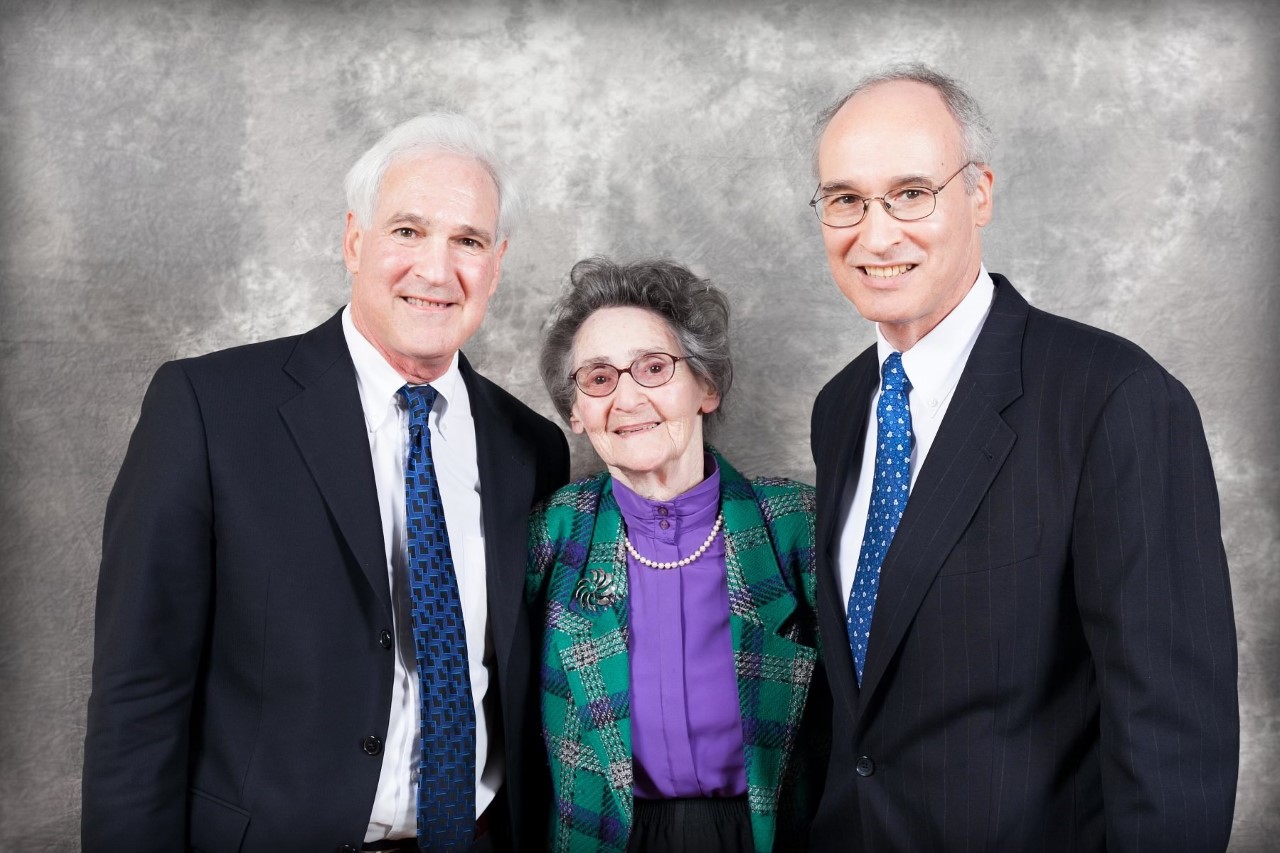 “The Holocaust is a lesson in human (and inhuman) history that took place because of hate, bigotry, indifference — all characteristics that know no bounds. These traits spread like wildfire. If we remain indifferent to human suffering, it can happen again; it can happen here, and who knows who the next victims will be? Only by remembering the bitter lesson of Hitler’s legacy can we hope it will never be repeated. Teach it, tell it, read it.” — Mira Ryczke Kimmelman, "Echoes from the Holocaust"

Mira Kimmelman challenged students to reflect upon the history of the Holocaust and contemporary examples of injustice as she gave talks about her own experiences for more than 50 years. The Mira Kimmelman “Learning from the Holocaust” Contest, established after her death in 2019, continues her legacy. The contest invites Tennessee high school and middle school students to submit essays and projects that reflect how the lessons of the Holocaust are relevant to current events and their own lives. Kimmelman’s sons, Benno and Gene Kimmelman, proposed the contest, and the Tennessee Holocaust Commission sponsored the first contest last year.

High school students are asked to submit a four-to-six page essay based on a prompt from Kimmelman’s book. Middle school students may enter either a two-to-three page essay or a project that reflects on the lessons of the Holocaust, for example, a visual art project, a website, a table-top exhibit, or a performance with accompanying script. The middle school essay should analyze and reflect on Kimmelman’s story and message.

The Tennessee Holocaust Commission contest website links to 18 talks and interviews that Kimmelman gave between 1984 and 2017. It lists her two books, "Echoes from the Holocaust" and "Life Beyond the Holocaust: Memories and Realities," giving students resources for the essays and projects.

Julie Kinder-McMillan, (Belz-Lipman Award for Excellence in Holocaust Education Recipient) English Language Arts teacher at Robertsville Middle School in Oak Ridge and a Teacher Fellow with the Tennessee Holocaust Commission, introduces her eighth-grade students to the Holocaust and encourages her current and former students now at Oak Ridge High School to enter the contest. She hopes other teachers will direct their students to the opportunity to enter this year’s contest. “Students today have so many different things competing for attention. If teachers have any discretion on what to put in front of students, bringing in Holocaust literature is a great choice,” said Kinder-McMillan, who has taught Holocaust studies in her classroom for 25years. “It helps them learn not only about history, but also about the world, empathy, human behavior.”

From her memoir, students learn that Mira Ryczke had a happy childhood near what is now Gdansk, Poland, until the Nazi German government forced her family to leave their home and live in a ghetto. Sent to a concentration camp in 1943, she was moved to Auschwitz, the death camp she described as “absolute evil,” escaping the gas chambers when selected for slave labor. As World War II neared its end, she was among those in the death march to Bergen-Belsen, where thousands died from starvation, disease, and exposure in the early months of 1945. British troops liberated that camp in April 1945. Only her father survived the Holocaust. Her mother, brother and 18 other members of her family were among the 6 million victims of the Holocaust. The next year, she met another survivor, Max Kimmelman. Mira and Max married and immigrated to the United States, living first in Cincinnati, Ohio, and then in Oak Ridge, Tenn., from 1964 until her death in2019.

The contest’s project option allows students who enter to not only learn more about the subject material, but also to practice skills including technology, working with a team, and formal presentations, much like the project-based learning taking place in class rooms today.

The “Learning from the Holocaust” Contest offers monetary awards: $750 for the high school essay winner, $500 for the second place and $250 for the third place; $500 for the middle school essay winner and for the project winner, with $300 for second place in each category and $150 for third place. Nashville’s own Emmie Dubin-Wolf, daughter of Abbie Wolf and Ari Dubin, achieved the 1st place award for the Middle School category in 2021.

The contest will be judged by a committee, including Kimmelman family members, according to rubrics outlined on the contest website. Entry forms and instructions for the 2022 contest may be found at https://tnholcom.org/kimmelman-contest/. The deadline for entry is June 1, 2022. 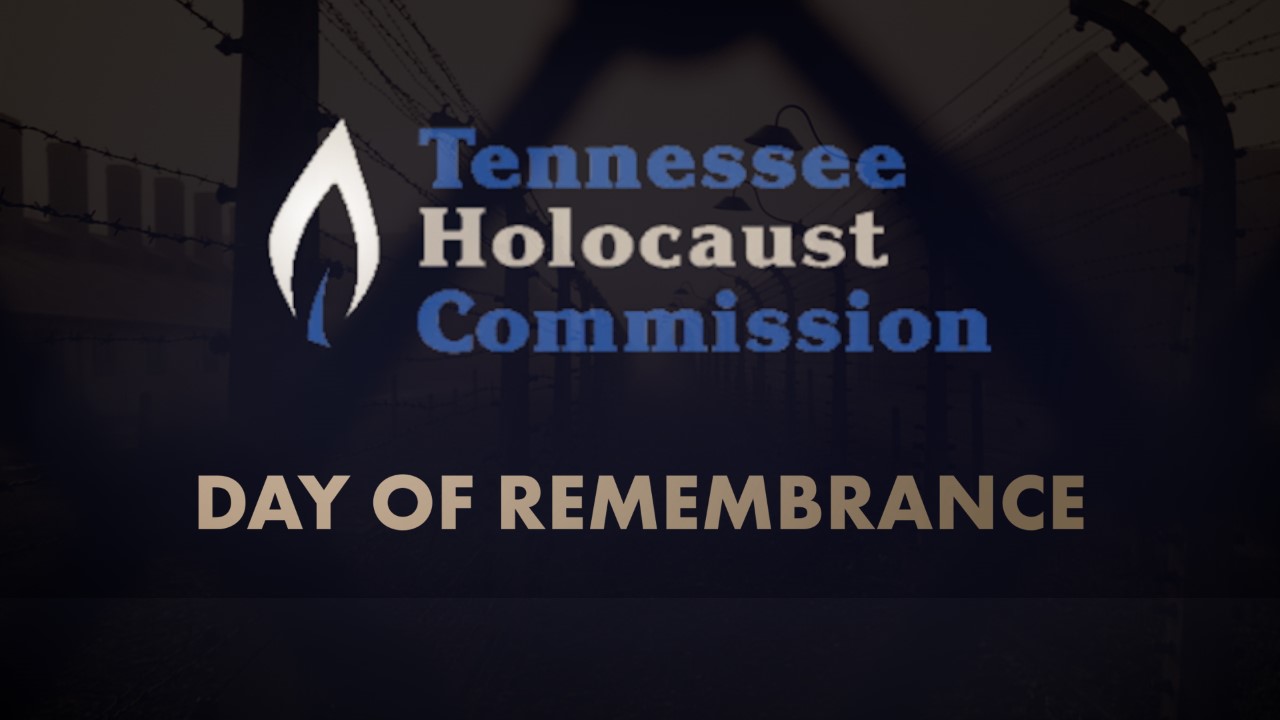 Save the date for our (virtual) Day of Remembrance May 15th.   Time and Link will be provided soon.