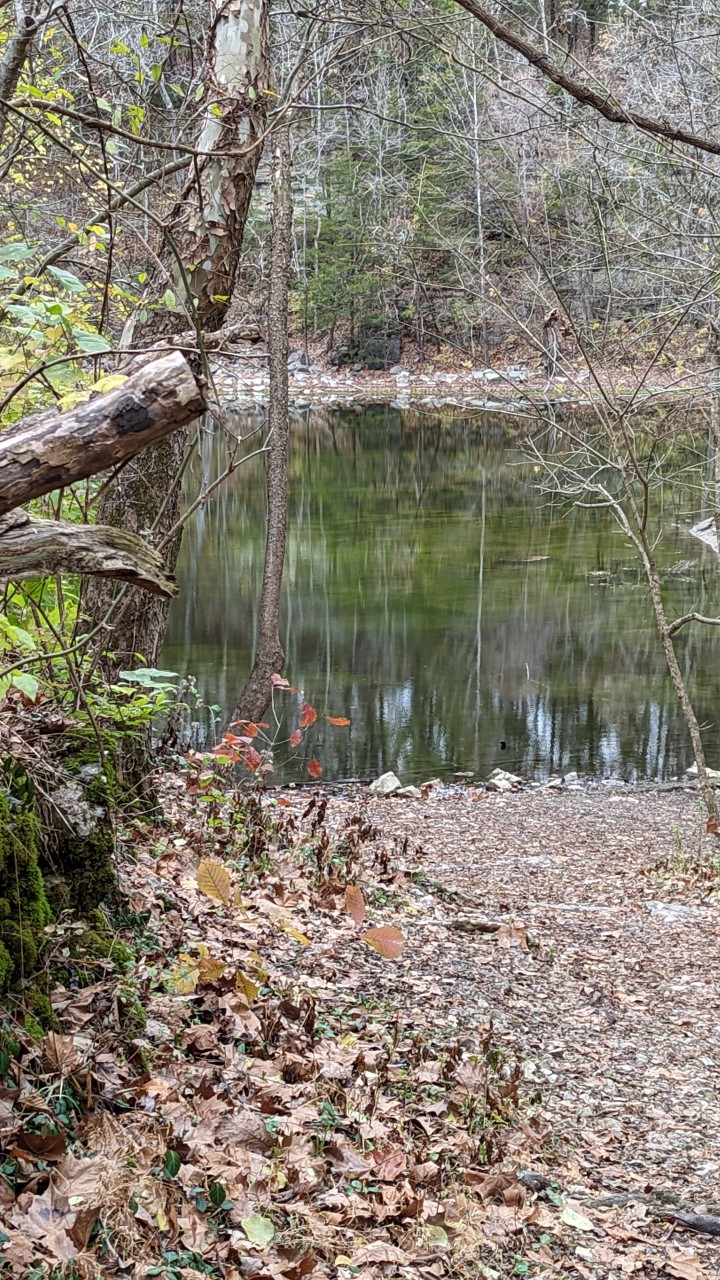 If ye, in search for sunlight, found but void, Go, fashion it from nought,

Hew it from crags and quarry from the rocks, In cells of the heart be it sought.

I sought sunlight at Hidden Lake twice in late November - once with my niece Kyla, a college freshman, the second time with two boys L (8) and M (10). Both days were overcast with a nip in the air, both explorations as different as one might expect given the hikers.

Hidden Lake, off McCrory Lane, is part of the Harpeth River State Park system which includes nine river access sites. The trails are not marked so print a map before you go or take a photo at the trail head, otherwise you might end up at some railroad tracks, as Kyla and I did, or on a path about which L soon concluded, “I don’t think this goes anywhere.”

All of us enjoyed the storybook trail with child-height panels of the beautifully illustrated “Miss Maple’s Seeds” by Eliza Wheeler. It’s part of a program of the Governor’s Early Literacy Foundation and is one of 35 trails across the state that help promote nature and literacy.

The Hidden Lake trails differ in scenery and strenuousness. One trail goes around a wild flower meadow, while another goes through the woods and ends at the lake, and yet another takes you along the top of a ridge. At one point Kyla remarked that nature could be healing, and in almost the same spot M imagined, “This would be a great place for a Nerf war, lots of trees to hide behind!” 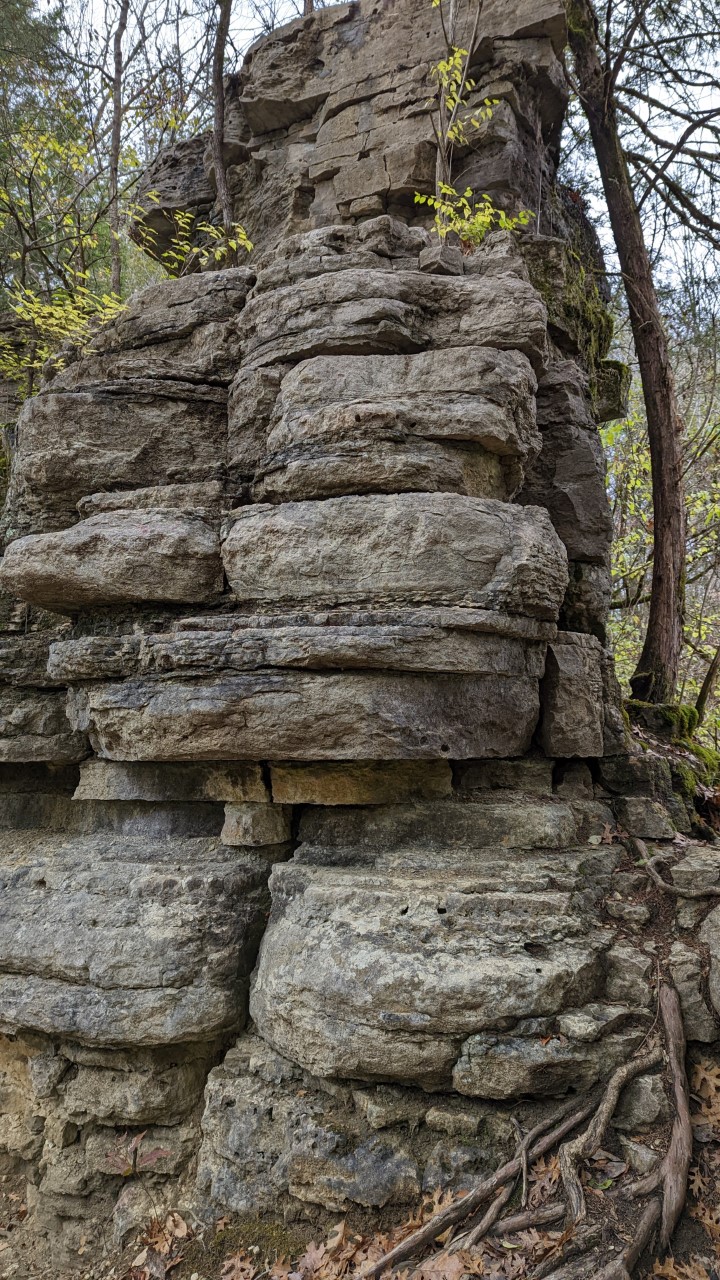 Kyla felt peaceful at the lake. The boys looked for flat rocks and started skipping them along the surface. That was my fifth time at the park and the first time I skipped rocks into the murky water. Thanks guys. It was hard to imagine such a quiet place, one where nature has taken back over, filled with water play and big band music. Then again, I have been accused of not having a good imagination.

I didn’t worry about my niece as we climbed the rocky and root-filled ridge trail which skirts some possibly treacherous overlooks. I was not so serene when L and M wanted to creep as close to the edge as possible. The ridge trail is not for the faint of heart or children under 5.

A sign along the trail gives the modern history of the area beginning with the first of multiple quarries dug there. There is only one natural lake in Tennessee and Hidden Lake is not it. It was the largest of the quarries and was abandoned when it flooded. In 1931 the area was bought, and it was made into a swim and recreation site which included a water slide that would never meet this century’s safety standards. “What if you fell off of that?” one of the boys wondered. They also wanted to know where the body of the quarry worker believed to have been buried on the site was.

My niece did not want to explore the abandoned home made out of the concrete blocks, which was the major product from stone quarried there. But the boys did, and so in another first I wandered with them as we tried to guess which room was a kitchen or bedroom. One benefit of going in the fall or winter is that you can better see the buildings, buried oil tanker, and all that’s left of the marble dance floor. We didn’t find sun, perhaps we will if we go back in the summer when the meadow is full of wildflowers and birds.

Bialik’s time spent in the woods while working in the timber industry inspired his poems about nature, and his traditional religious upbringing lent a mystical bent to poems such as “The Pond.” In the quiet spaces of Hidden Lake, I was reminded of his lyrical attempts to find light and return to the Garden of Eden.

“I know a forest, and in the forest I know a hidden pool:

In the density of the thicket, secluded from the world,

In the shadow of a lofty oak, blessed of light and accustomed to storm, alone she dreams for herself a dream of an inverted world

and quietly keeps for herself a golden fish- and no one knows what is in her heart.”