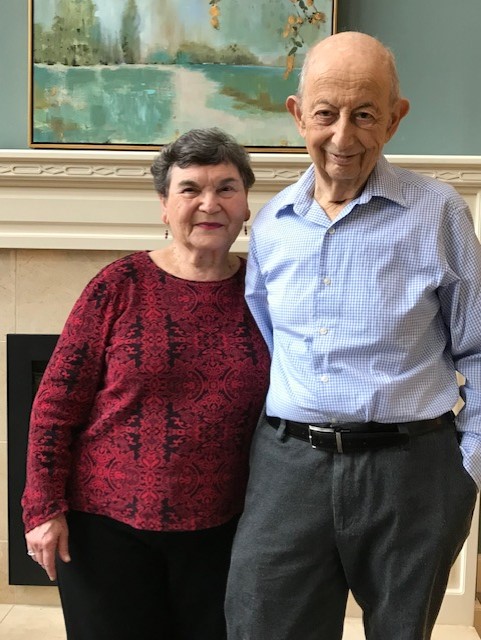 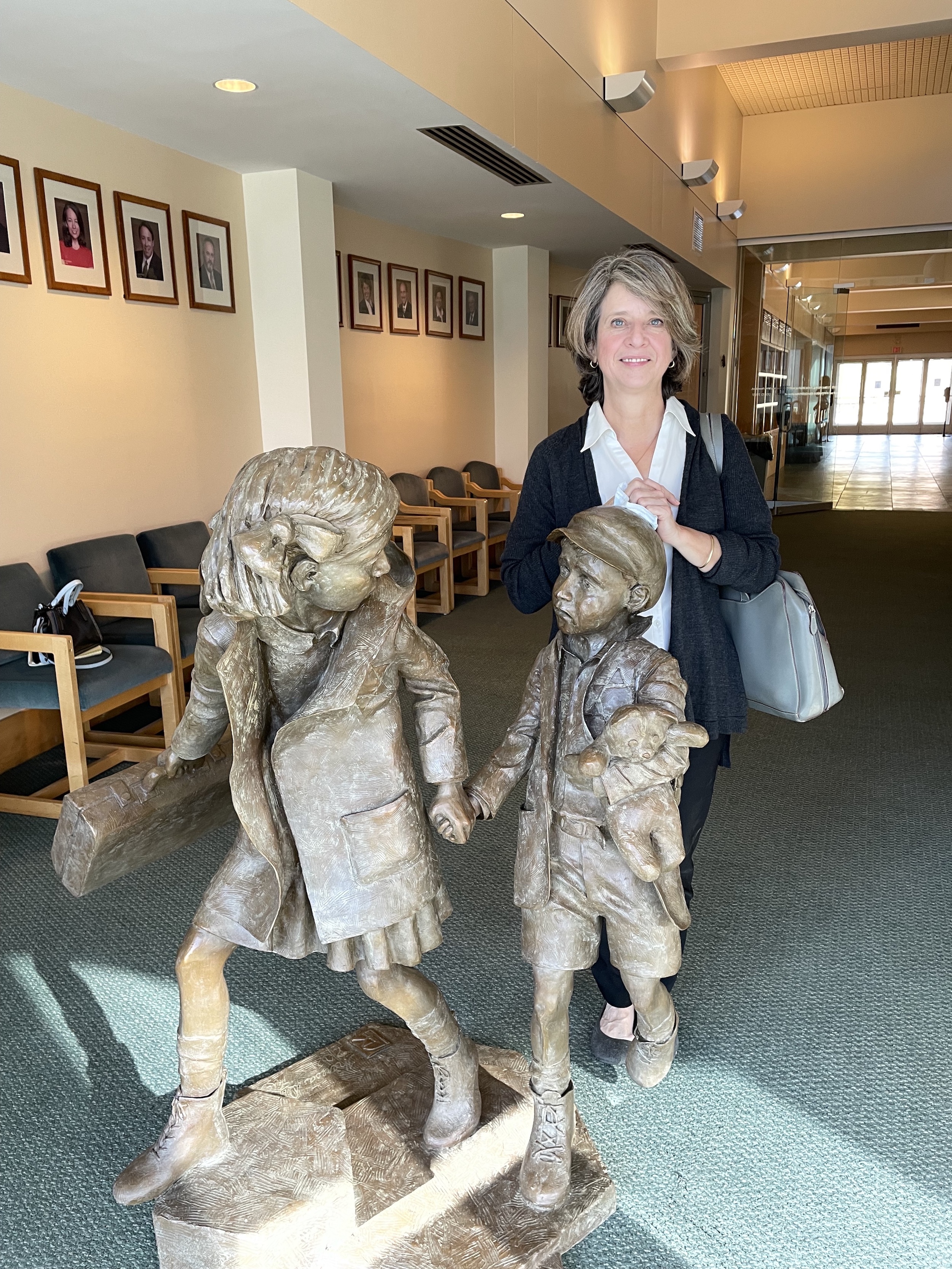 Six million is a number most people know as the number of people who perished in the Holocaust. As the generation of survivors continues to dwindle, what will remain are their memories and their stories. Some of those stories are told through books, some through films, or songs; some of the stories are told through visual art. At Congregation Micah, a sculpture is set to be unveiled as a tribute to the one million children who were murdered, and to those countless others who, against all odds, survived. The project is the brainchild of Frances and George Hahn, both children affected by the Holocaust. As George approached a milestone birthday, the two felt inspired to do something special and lasting. “I was planning a big celebration for my 90th birthday, but we couldn’t go through with it because of Covid,” says George, “Frances had some ideas for a special project, and we took those ideas to Rabbi Laurie Rice at Micah.”

Deciding on the subject for the piece was the easy part. Securing the funding was the bigger challenge. “I knew we should do something to honor the children,” says Frances, “But we aren’t in a position to finance the whole thing.” They decided to harness the power of the Internet, and created a Go Fund Me campaign to begin to raise the money. They told their family and friends about the project and asked for donations in lieu of birthday gifts for George. The response was surprising. George says, “It was quite exciting. We were surprised by how much we raised, and how quickly the whole project came together. We thought it would take years.” Rabbi Laurie Rice says she was not surprised with the response to the initial fundraising effort. “Frances and George met through their connection to the congregation and have so many friends in the community. Their whole story is just so much a part of what made this process special,” she says. To raise the remainder of the needed funds, Rabbi Rice reached out to other members of the congregation who happily stepped up. 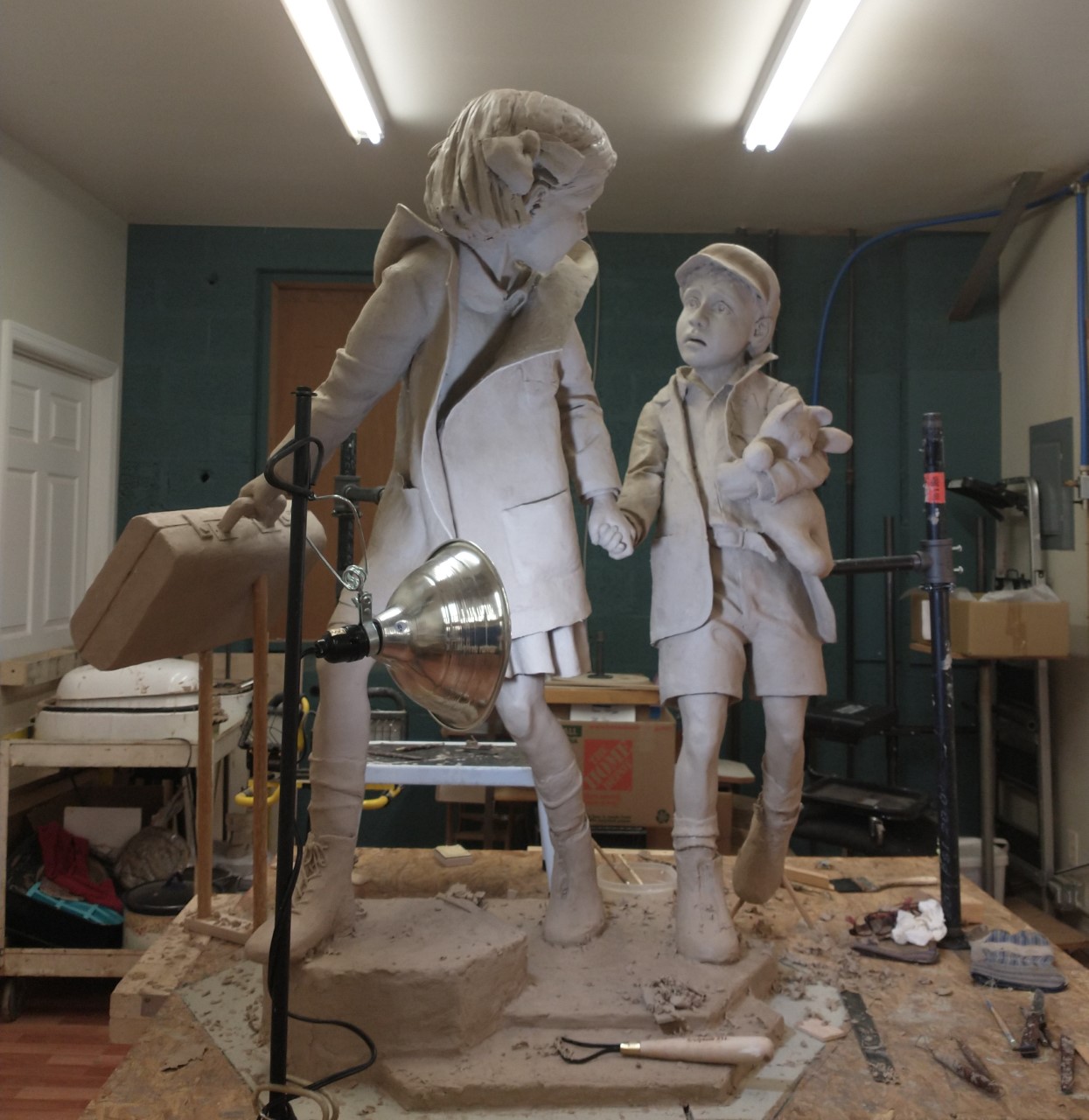 Once the seed money was raised, the planning began. Rabbi Rice was referred to local artist Theresa Dyer who was excited to participate, despite not knowing much about the Holocaust. “I did a lot of research to learn as much as I could about the Holocaust,” she says, “And Frances was very open. She shared articles, photos, and personal items.” Frances says the whole process was a true collaboration. “I knew I wanted it to somehow depict children fleeing, and for their fate to be unknown. But everyone involved contributed to the finished product.” For example, in early renditions of the piece, which shows two children, one obviously older and one younger, the older child was a boy. But George had other ideas. “I thought that was perpetuating an old stereotype of the male as the stronger, more protective one,” he says, “I thought it should be changed so the girl was older.” And Frances says Rabbi Rice had another idea that ended up in the final version. “Originally, the little boy was dangling his teddy bear. Rabbi Laurie said her son would have been clutching it tightly, so Theresa changed it.” 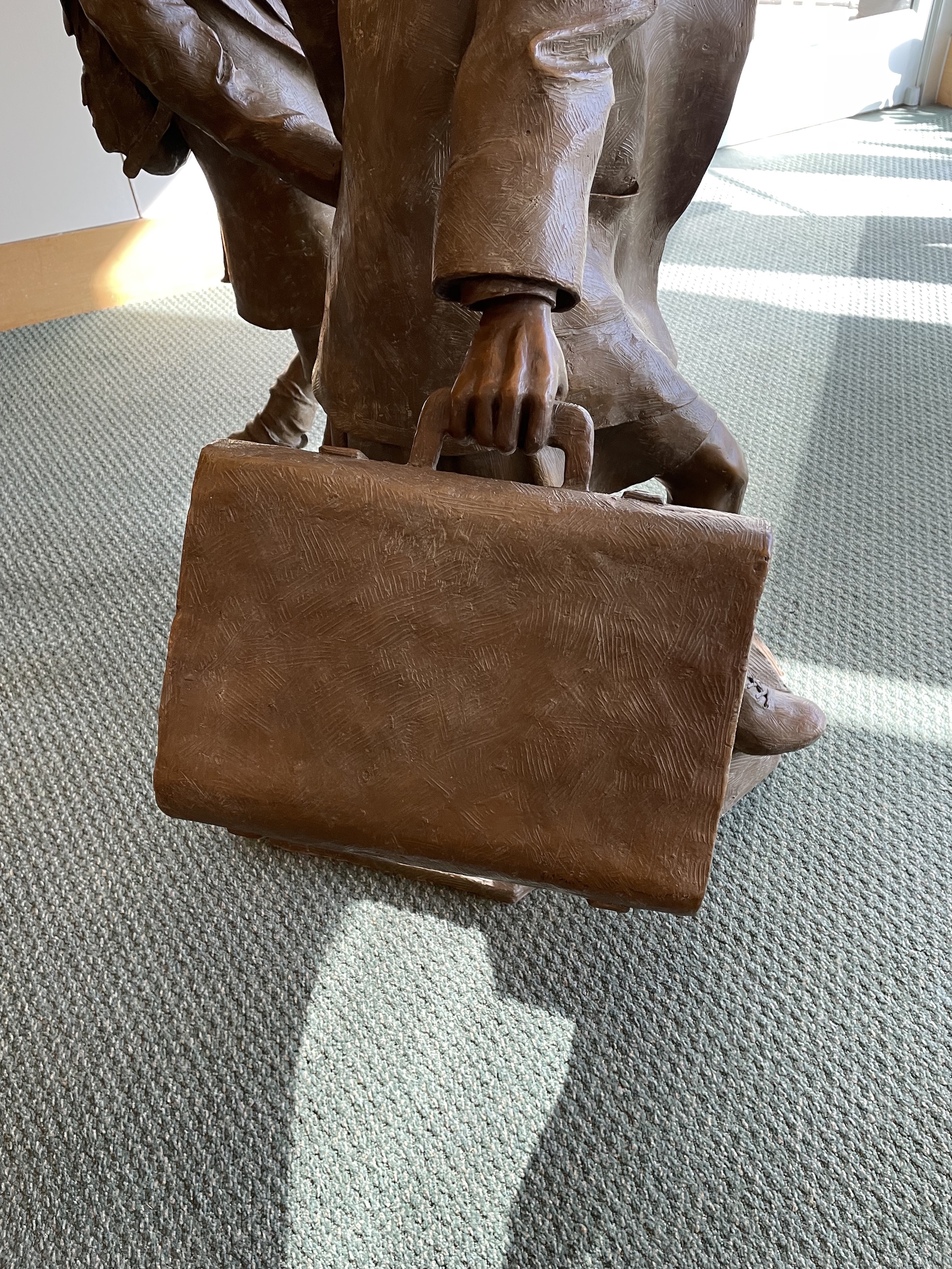 According to Dyer, Frances was so detailed in her descriptions, she even shared the small suitcase she saved from her childhood. “Everything she had in the world was in that suitcase,” says Dyer, “It was important to incorporate it into the finished piece.”

The sculpture unveiling is scheduled for Sunday, April 10th at Congregation Micah. The piece will be installed outside, and is planned to be an educational tool, as well as a memorial. “I really want children to be inspired to write stories, poems, songs, and to create drawings,” says Frances. She also hopes the statue will be visited by children throughout the area and beyond the Jewish community. In fact, the piece is already achieving the goal of educating. Theresa Dyer says, “I’ve learned more about the Holocaust in the year I worked on this than I ever thought possible.”

Both Frances and George agree this project exceeded their expectations and they look forward to the community enjoying it for years to come. George says, “This is very meaningful project for both of us, but particularly for Frances because as a child, she really suffered during the Holocaust.” Donations to help provide educational materials about the sculpture and the children of the Shoah are still being accepted through the Congregation Micah Rabbi Discretionary Fund for the Shoah statue, link at  https://www.congregationmicah.org/micah-donations. For more information about the April 10th unveiling event, contact Rabbi Laurie Rice, lrice@congregationmicah.org.