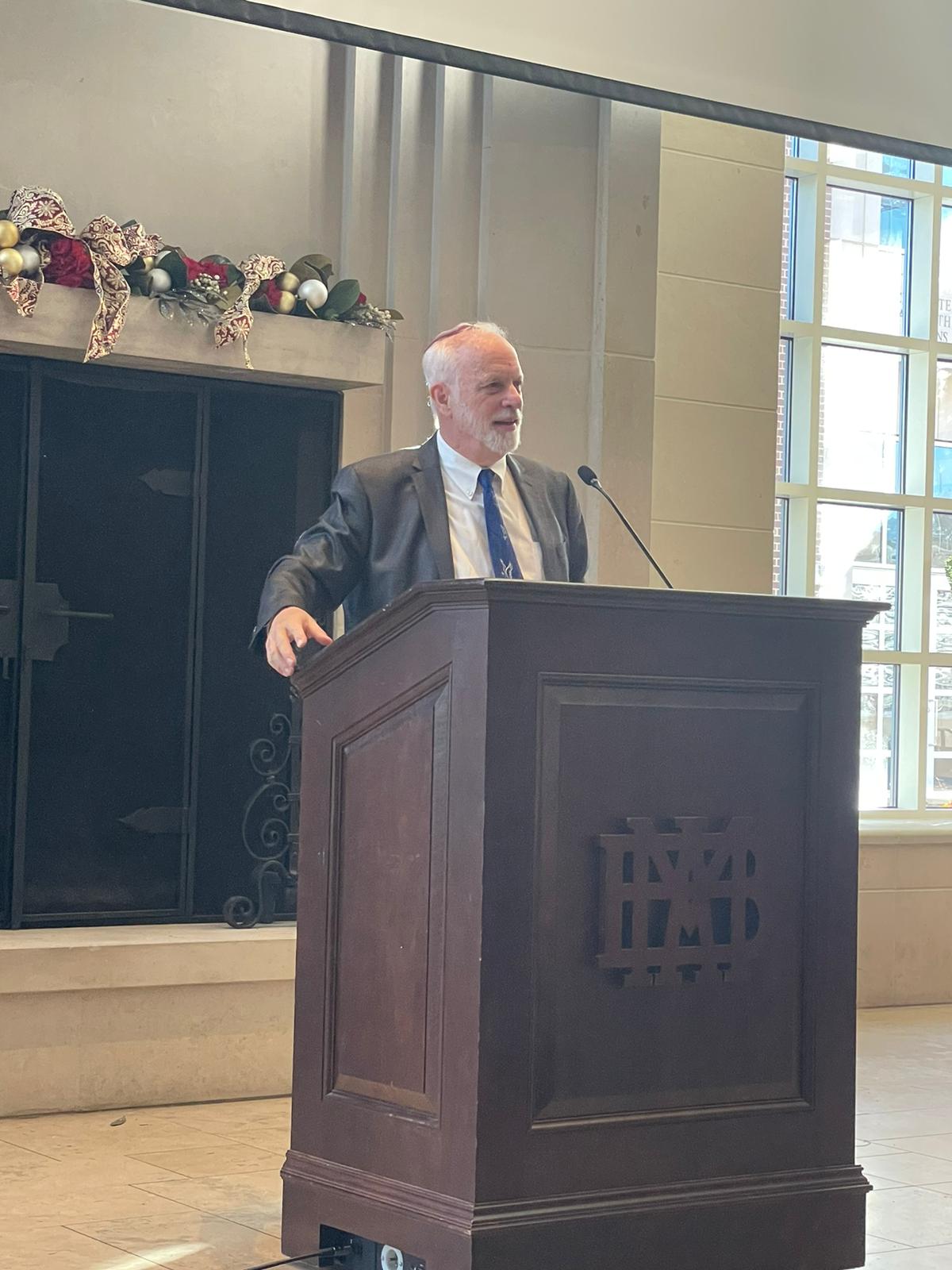 Rabbi Fred Guttman was honored as this year’s Distinguished Alumna at Montgomery Bell Academy’s annual alumni breakfast. Guttman, who now resides in Israel, is the son of Jack and Retta Guttman. He grew up in Nashville and attended MBA and Vanderbilt University, before continuing his studies at Hebrew Union College in New York. Guttman is the first Jewish alumna to receive this honor. In his remarks during the breakfast, Guttman said, “It is an honor which caught me totally by surprise and is one that historically, as far as MBA is concerned, is rather groundbreaking. You see, I do believe that I am the first Jewish alumnus to receive such an award.”

During his years at MBA, Guttman was one of two Jewish students in his class. In his remarks he talked about being excluded from weekend social activities, despite feeling welcome during the school week. He calls his former classmates, “bystanders,” who never stood up for him or called out the exclusion as antisemitic. He said that the climate at MBA today seems to be the reverse, with Jewish and minority students feeling fully included in school but facing bigotry in the outside world.

Guttman expressed concern for the rising antisemitism today. “A year ago, I could never have imagined coming to MBA to make a speech accepting this prestigious award. In addition, a year ago I would never have thought that in such a speech I would need to share with you just how concerned I am as a Jewish leader for the increase in antisemitism in our society…In addition, there is a lot of online hate, not only in the form of antisemitism but also hatred against minorities, immigrants, Asians, and African Americans.”

Referencing the rally in Charlottesville, the Tree of Life shooting, the recent littering of antisemitic flyers, and antisemitic comments made by celebrities, Gutman said the following.

“After the Holocaust, the words ‘Never again’ were frequently heard. Today for American Jews, ‘Never’ is now. And here is where you and MBA come in with a significant role to play. Solidarity and togetherness are of critical importance. Together, let us stand against bigotry and hate in all its forms.” He said current and future MBA students can help combat bigotry by calling it out when they see it, and by being kind, compassionate human beings.

In addition to the alumni breakfast, Rabbi Guttman taught five different classes to middle and high school students. His lessons included Elie Wiesel’s Night, and sessions on the Holocaust and Holocaust art, and America’s failure to bomb Auschwitz to AP Government classes. Of the students, he says, “I was impressed with the diversity of the student body. It was so much more so than when we were there.