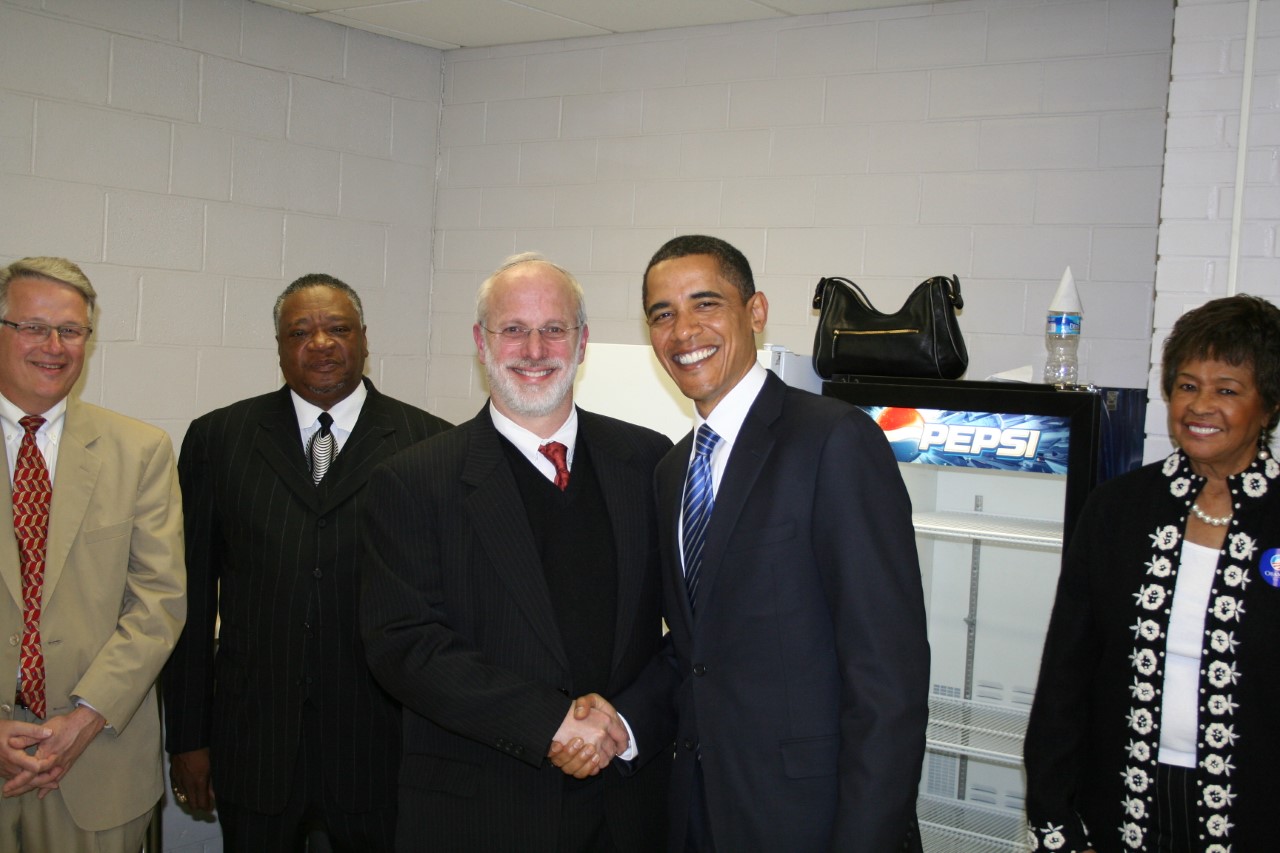 Nashville native, and civil rights leader, Rabbi Fred Guttman was honored by the International Civil Rights Museum with the 2022 Lifetime Community Service Award. The award was presented last month at the museum’s annual gala. Guttman does indeed have a lifetime of involvement in the civil rights movement and was honored alongside Rev. James Lawson, United States Vice President Kamala Harris, Ben Crump, Bakari Sellers, and Judge Marilyn Mackel. “I am honored to be recognized. My activism began with my childhood growing up at The Temple, and learning from Rabbi Randall Fallk,” he says. He also attended Montgomery Bell Academy and Vanderbilt University.

The recently retired Guttman does indeed have a lifelong history of involvement in the civil rights movement. Following his ordination from Hebrew Union College in New York City, Rabbi Guttman spent the next 27 years living in Israel where he worked for the Union for Reform Judaism and was an educator and principal at Alexander Muss High School. He eventually returned to the United States, spending some time in Jacksonville, Florida, and settling in Greensboro, North Carolina where he became rabbi at Temple Emanuel. During those years, Rabbi Guttman led missions to Poland, Moldova, and Israel.

While at Temple Emanuel, Guttman became deeply involved in interfaith relations. He assisted in improving relationships between the Jewish community and the various Christian communities. He also worked to raise both funds and awareness of people with Down Syndrome, spearheaded a fundraising run for his county’s “10-Year Project to end Homelessness,” and organized participation in “The Feast of Caring,” for the Greensboro Urban Ministry, among many others. 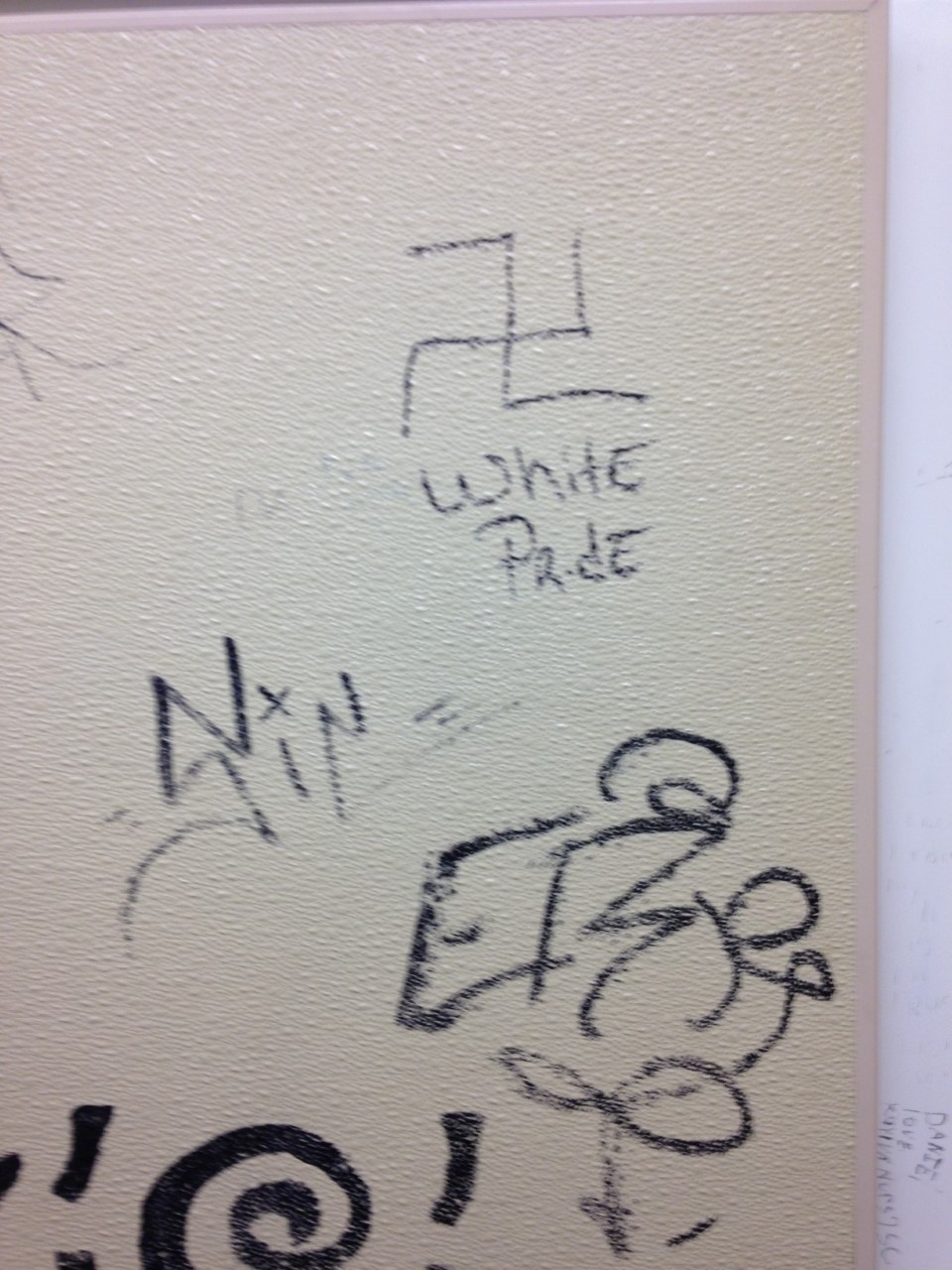 Eventually, Guttman became involved in the International Civil Rights Museum. The museum’s history began with the first lunch counter sit-in in 1960. It was then a Woolworth’s Department Store, and the sit-in was followed one week later by a similar action in Nashville. The museum opened on February 1, 2010, on the 50th anniversary of the sit-in. In 2014 Guttman was invited to participate in a pilgrimage to Selma, Alabama, led by Rep. John Lewis. At a rest stop at the border between Mississippi and Alabama, Guttman spotted Nazi graffiti on a bathroom door. “I mentioned what I’d seen to a worker at the rest stop and was told the graffiti showed up every day there,” he says. The incident stayed with him, and a year later, as the 50th anniversary of Selma approached, he began to think about suggesting Jewish participation in the commemoration. “I wondered, ‘Where is the Jewish participation?’” he says. There was a temple in Selma with only six families left. “Organizers were afraid the families wouldn’t want to participate, but they were wrong. Everyone wanted to help.” The event was held on a Sunday morning and over 400 people came, about 20 percent were African American, and musician Peter Yarrow performed. 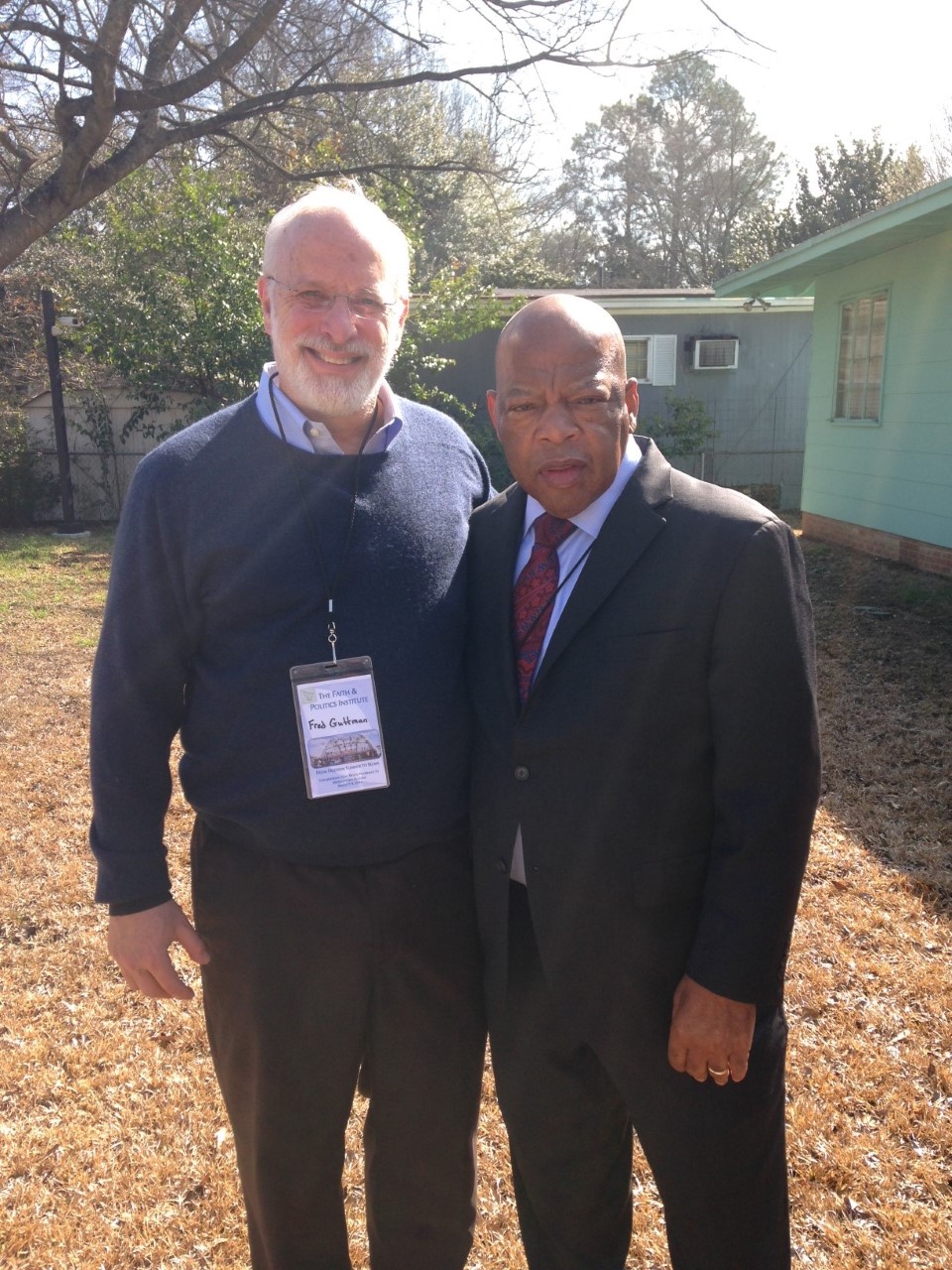 Today, the museum is an affiliate of The Smithsonian Museum. Rabbi Guttman is dedicated to the museum, “I am honored to receive this award and plan to continue my work in the museum and the community.”

Rabbi Fred Guttman with Rep. John Lewis outside the home of Medgar Evers in Jackson, Mississippi