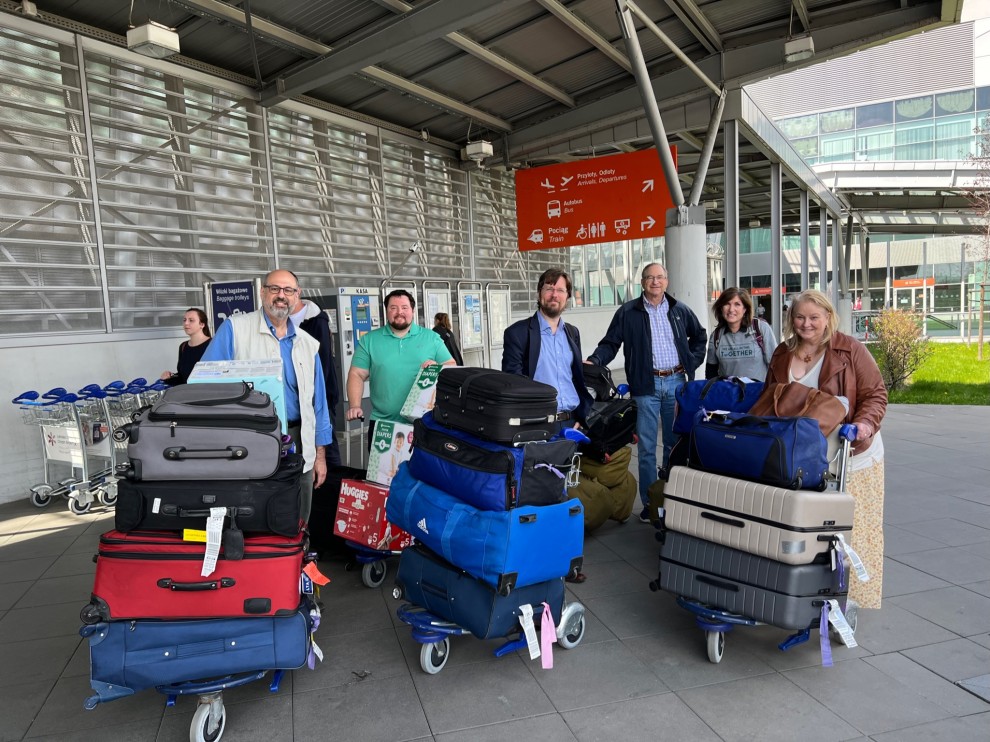 Take a moment to think about your Jewish story. Think back to a time when your great-grandparents, or your grandparents, or parents (or maybe even yourself!) left behind the life they’d known in an instant and headed straight into the unknown.

Now imagine that happening to your mother, or your daughter, or your sister. And your siblings, cousins, your grandchildren, your nieces and nephews…and imagine it happening right this minute, maybe with explosions and gunfire in the background.

Our Nashville group saw and heard those stories in Poland. We saw Ukrainian mothers and children lining up at the Krakow JCC food pantry, and we would have thought we were seeing a checkout line at our neighborhood grocery, were it not for the Ukrainian passports being shown instead of debit cards. These were not the bedraggled refugees of previous generations, they were in many ways a mirror image of our own society.

Over 5 million people have left Ukraine, and over 2 million more are internally displaced. Yet the numbers alone, staggering as they are, can’t convey the sheer horror of the situation. To truly grasp the scope, our group had to sit with people who fled their homes and their lives and listen to their stories. We had to see the shock and pain in their faces. We had to try to understand that two weeks of running and hiding and sheltering has changed these people in ways we can’t fully comprehend.

Yet for all the numbers and stories, it’s the small details that stand out. It’s the cracking voice of a Jewish Agency staff person, herself transplanted from Ukraine, who is helping refugees make their way to Israel, all while trying to stay in contact with her husband and parents who are still in Odessa.

It’s the faces of kindergarteners learning English, whose mothers haven’t heard from their husbands in weeks…and wonder if they ever will. It’s the thousand-yard stare of a woman who spent a week in a basement, listening to bombs and rockets, before she was able to board a JDC-chartered bus for the Polish border.

I’ve been to Ukraine several times and have been involved with refugee relief efforts over the years. But the magnitude and scope this time were sobering and made some things crystal clear. Above all is our capability and commitment as a Jewish community. I have never been so proud to be part of our Federation system and our overseas partners, the Jewish Agency for Israel and the American Jewish Joint Distribution Committee. We should all be inspired by what we have built over the decades.

That said, it’s also clear that the task ahead of us is momentous and will take every resource we can muster. In the face of a refugee crisis not seen in Europe in over three generations, the Federation and its partners are saving lives daily. Our Jewish community has always led by example, and I’m confident that we will do more–and give more–than we thought possible and keep that life-saving work going through the difficult months ahead.