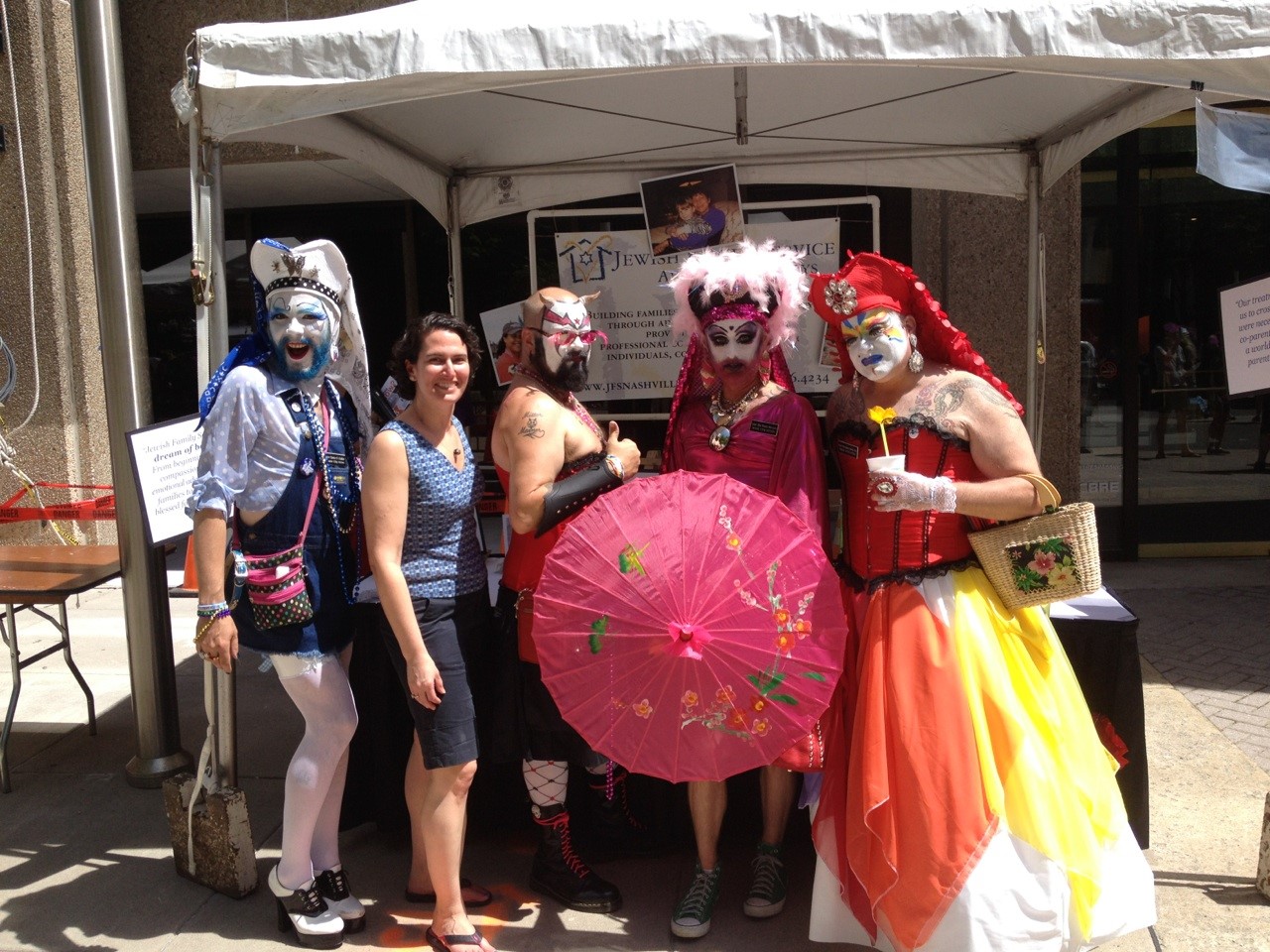 Pam Kelner, pictured with the Sister of Perpetual Indulgence, will receive the 2022 Nashville Pride Ally Award on June 25th.

For nearly a decade, Pam Kelner has been a tireless advocate for Nashville’s LGBTQ community. She served on the Board of Nashville Pride for seven years, upgrading and improving the popular kid and family zone, making it a top destination during the annual Pride Festival. This year, Pam is being honored for her ongoing efforts with the 2022 Ally Award. “This is a very awesome honor,” she says. And, while Pam’s work does not go unnoticed, those who know her agree she is a dedicated advocate whose work is focused away from herself. Mac Huffington, President of Nashville Pride, says, “This is extremely special for her, and for us. Pam is someone who doesn’t typically like being the center of attention. But she makes an impact just by being herself.”

Pam first became involved in Nashville Pride as part of her work as Executive Director of Jewish Family Service of Middle Tennessee. She was also the organization’s first Jewish board member. “I thought it was important to be on the Board because of the work JFS does in the area of LGBTQ adoption.” In those earlier days, JFS was the only local agency that would help gay people become parents. “It was a matter of principle for me,” she says, “People shouldn’t be denied becoming a parent as long as they can qualify based on a home study.” Patty Marks is a former JFS Board Member and a Pride volunteer. She says she is very proud of Pam and all that JFS has done on behalf of LGBTQ families. “Pam really brought to the forefront how painful it was for potential parents to have doors shut in their face. She wanted to make sure everyone knew that JFS offered the LGBTQ community a pathway to adoption. The Jewish community is lucky to have her, and the gay community is lucky to have her, too.”  Through the years, JFS has twice been honored by the Human Rights Campaign for its advocacy on behalf of LGBTQ families. In 2011, it received the Equality Award for its work on gay adoption, and in 2020, JFS became the first child welfare agency in Tennessee to be certified as an “All Children, All Families,” agency.

Pam is no longer on the Board of Nashville Pride, but she continues to staff the Kid and Family Zone at the Festival. “It’s so fun to be there and see the families we helped create through adoption year after year. I love to see the kids grow up.” Pam’s impact on Nashville Pride continues in other ways, too. Mac Huffington says, “Early on she gave a presentation about LGBTQ adoption, and it opened up possibilities for a whole new group of people who wouldn’t normally think they could adopt.”

Pam says her passion for being an advocate for the LGBTQ community stems from her Jewish values. “We are taught, ‘Do not oppress the stranger for we were strangers.’ We know what it’s like to feel marginalized,” she says, “I want to create a world of acceptance. It’s much easier to be accepting than to hate.”

Nashville Pride will be held June 25-26th. The Parade is on Saturday, and Pam will accept her award on the main stage from the Grand Marshals. This year’s Grand Marshals are: TJ Osborn, Leslie Jordan, Greg Cason, Alberta Hardison. According to Mac Huffington, this year’s attendance is expected to be close to 100,000. The Jewish Federation and Jewish Foundation of Nashville and Middle Tennessee and Jewish Family Service of Middle Tennessee are organizing a community booth on behalf of all participating congregations and agencies. For more information, visit www.nashvillepride.org