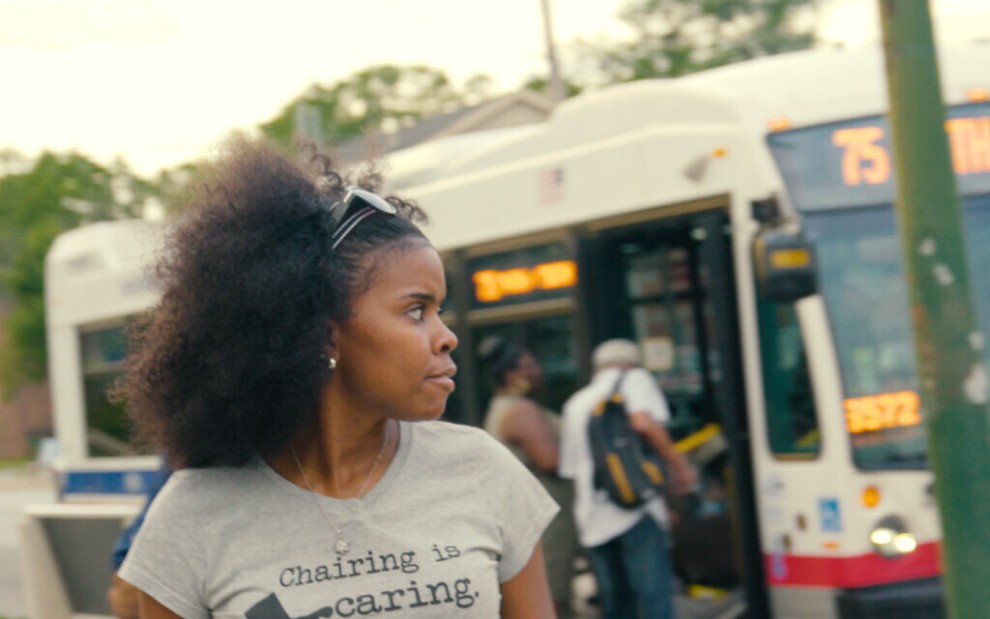 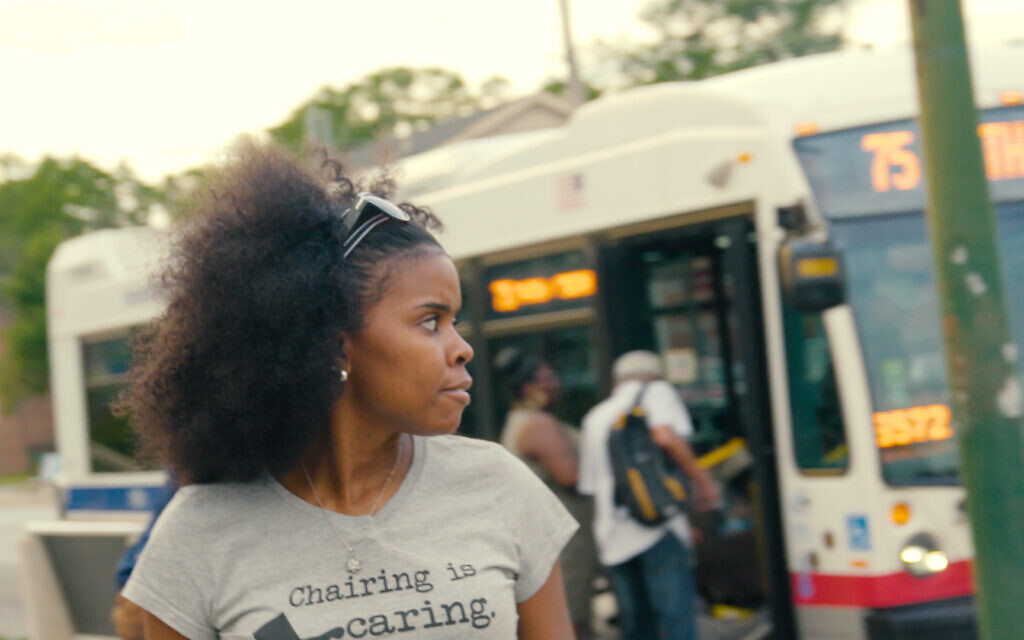 Rabbi Tamar Manasseh will be a visiting scholar in Nashville January 20-22.

On the surface, Tamar Manasseh does not fit the Euro-centric image of a Jew, much less a rabbi. She is Black, born and bred on Chicago’s South Side. Raised in a Conservative Jewish home, educated in Jewish Day School, and worships at Beth Shalom B’nai Zaken Ethiopian Hebrew Congregation. And last year, after 13 years, she became the first woman ordained through the Israelite Academy. “God doesn’t make mistakes,” she said in a recent phone interview. “And even though it wasn’t done in my time, in the time I wanted, I’m grateful it took the 13 years because I had to find myself. I had to find the kind of rabbi I wanted to be and the community I wanted to serve.”

It turns out, she was already serving her community. In 2015, after a young mother was shot and killed in Chicago’s Englewood neighborhood, Manasseh decided enough was enough. Herself the mother of two, she took a lawn chair to the corner of 75th Street and South Stewart Avenue, one of the roughest parts of town, and sat down. And she has been on that corner ever since, chatting with people, sharing food, and her Judaism. “This is how I solve problems. I found what works is applying very Jewish principles to a world that is not necessarily Jewish.”

Those Jewish principles are lived out not only though her presence as a Jew, but she also puts her Judaism into practice right there on the corner. “I think Judaism is going in this direction. We’re not going to be in four walls anymore. It needs to be everywhere and everybody needs to see it and everybody needs to be able to access it, if we’re going to make changes in the world.” There have been Sukkot celebrations, Passover seders, and Tu B’shevat parties. Even the High Holidays are observed on the corner. “I do a thing called ‘Yom Kippur on the corner.’ I do the closing Ne’ila service for young people. Out in the open. Anybody driving or walking by can see what we’re doing and participate or not.” She says there are many people in the area who now know about Judaism and Jewish traditions. “They just learned it from the corner,” she says.

Manasseh’s work on the corner is changing the perception of what it means to be Jewish, and what it means to be Black. She relays the story of a teen in the neighborhood who was on house arrest. Manasseh had taught him to blow the shofar to close out Yom Kippur, but he needed to ask the Judge permission to leave his home. “This is Cook County. Judges see hundreds of Black men and boys come through every day,” she says. After an overnight recess, the Manasseh says the judge had a lot of questions. “It was, ‘How did you get into this?’ ‘What is it?’ You know, all the questions people have for someone who is Black and Jewish.” In the end, the judge allowed the teen to blow the shofar, and said he would try to be more open minded going forward.

In addressing the surge in antisemitism in the United States, Manasseh believes she, and other Black Jews, can be important in fighting back. “Black Jews should have been utilized years ago. Become the bridge between the white Jewish community and the Black Christian community. Right now, we need each other. Antisemitism and racism aren’t going anywhere. Right now, Black people in this country and Jewish people in this country have the same monster under the bed. And it’s white Christian nationalism.” She says right now, both Black people and Jews need allies, and says her corner is a nexus for building relationships. “You’re not coming to my house I’m not coming to yours. We’re meeting at a neutral place where we can hang out, get to know each other like human beings, and have a good time.”

Manasseh is also active in the Rabbis for Repro movement. “Even though [the abortion ban] isn’t happening in Chicago yet, I had to get involved because representation matters.” She says parents who have children going off to colleges, Historically Black Universities, in states where there are abortion bans, are worried. “Things are constantly changing, and I want to make sure parents have information. That way if something happens, their child doesn’t risk going to jail for having an abortion or crossing state lines.” She also worries about the impact on HBCUs. “Now parents must worry about their daughter because she made a choice, or helped a friend get an abortion, and she could be prosecuted for that. So, they might stop sending their kids to those schools, which are already smaller. They could lose funding, which would put these institutions in a real hardship.” Her group now provides care packages for kids going off to college. The packages include things like condoms, pregnancy tests, and Plan B pills, so the students are prepared and do not have to access student health or other local clinics.

Manasseh’s work on that embattled street corner led to her creating a nonprofit, MASK, Mothers and Men Against Senseless Killings. She is the subject of a documentary titled, They Ain’t Ready for Me.” She caught the attention of Rabbi Saul Strosberg of Sherith Israel, who is bringing her to Nashville the weekend of January 20-22, and she will be teaching at several area congregations. Rabbi Strosberg says he was drawn to Manasseh’s drive to live her Jewish values. “Certain movements have been taken over by ideals and that limits them. Her Judaism compels her to take action. She is saving lives and helping people to see that Jews are a light to the nations.” Manasseh says this will be her first time speaking to congregations in the south. “I want people to hear me over my complexion.”

She will begin the weekend at West End Synagogue on Friday, January 20th. Rabbi Joshua Kullock, of West End Synagogue, says, “Her story is very moving, and it is a great opportunity for us to learn from her journey and about her involvement in some of the wonderful things that she has been doing in the Chicago area. I'm looking forward to interviewing her when she comes to WES, on Jan 20, after Shabbat services.” Rabbi Mansseh will also speak at Sherith Israel on Shabbat morning, January 21, and additionally at The Temple. For more information, consult those congregations’ websites.