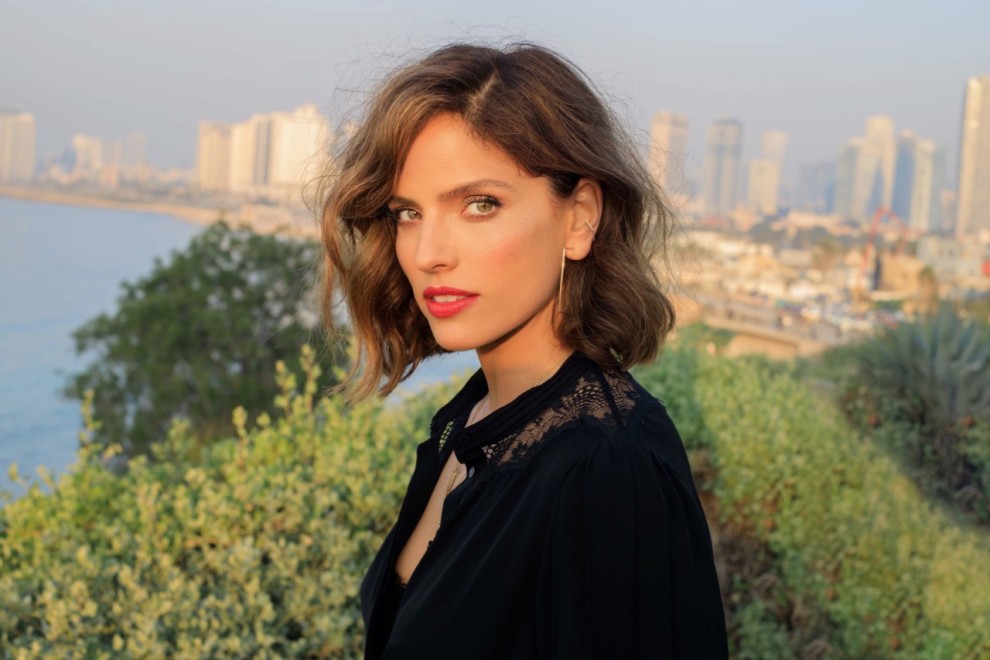 There is a story Noa Tishby tells about the moment she knew she had to write a book about Israel. A well-known Hollywood actress, upon learning Noa is Israeli, approached her to ask if her parents were upset she no longer wears a hijab. In fact, the incident was the culmination of many similar situations in which she found herself being asked to voice her opinions and explain about Israel. “Every time I was confronted or questioned about Israel, I was asked if there was a book that explains what the country is, how it came to be, in simple terms,” she says, “That book didn’t exist, so I decided to write it myself.” The result is Israel: A Simple Guide to the Most Misunderstood Country on Earth. She describes it as a “step one,” a jumping off point to begin to understand the complexities of the country and the challenges it faces.

Tishby is a self-described “secular sabra,” born and raised in Israel by parents and grandparents who were instrumental in the creation of the country. In fact, the book is laced with personal stories about her family and their ties to Israel and Israeli politics. The focus on her family is not what she planned to include. “I didn’t think of inserting my family’s story into the book. But my agent and publisher kept pushing and encouraging me. The result is the story of my family is woven into the establishment of the country.” She also includes her own personal story beginning with her childhood dream of becoming an actress. She ultimately rose to fame as the star of the prime-time Israeli soap opera, “Ramat Aviv Gimmel,” and found success on stage as Anita in a production of West Side Story. As she describes, she eventually made her way to Los Angeles, the heart of the television and film industries, where she continues to be a working actor. Perhaps her biggest American success, though, is behind the camera. She became co-producer of the Israeli show “B’Tipul,” which was adapted by HBO into the popular show “In Treatment,” a move that paved the way for other Israeli programming in the U.S.

Perhaps Tishby’s greatest passion, however, is her activism. After being disillusioned by media coverage of Israel, she took to social media to push back. In 2011 she founded Act for Israel, an organization that aims to strengthen Israel’s ties with the rest of the world through better understanding of the country. In her book she describes how founding the organization marked a turning point and provided her with her “true calling.” Since then, she worked with pro-Israel organizations and NGOs and helped organize a series of leadership trips to Israel for Jewish and non-Jewish professionals. And always, through speaking engagements and online presence, she strives to present the unvarnished truth about Israel and its people and culture. This activism not only led her to write the book, but it also prepared her. “I’ve been working for almost a decade in advocacy, so I knew exactly where to go with this book,” she says, “I knew how to tell the story chapter by chapter.”

The writing style is casual, almost cinematic, and sometimes even a bit crass, but it is all in service of Tishby’s mission to write for the average person. She begins with pages of maps, and an outline of the country and its history as it was passed from hand to hand throughout the generations. She uses unconventional imagery and references to help the reader understand in modern terms how events unfolded. But while the style is fast-paced and breezy, the telling is not simplistic. To those critics who characterize the book as lacking nuance, she says she is aware there is much more to the story of her homeland. “The book is full of nuance. But the fact is every single thing I mention needs its own PhD,” she says, “There is so much more I could write about each topic, region, and person.”

Tishby makes no secret of the fact that she is Israel’s cheerleader, and yet, she is clear that the place is by no means perfect. “Israel doesn’t need to make moral justifications for its existence, but it is not absolved from all responsibility,” she says. She takes aim at those who say it is not possible to be both pro-Israel and pro-Palestinian. “These things are not mutually exclusive. Most Israelis want to see a solution.” She also says that Israelis do not see the situation as an Arab-Palestinian problem or an Israeli-Palestinian problem. “It’s really an Israeli-Arab world problem. The Arab world has been perpetuating this for over 100 years.” She believes Palestinians should be empowered to apply pressure on the Arab world to end the conflict, and that the biggest problem now is Iran.

In addition to laying out Israel’s history in broad strokes, she takes aim at the younger generation for being complacent about Israel’s existence. “Younger Jews take it for granted that we have a Jewish state with a Jewish military to protect us. They don’t see a world without Jews.” She is particularly frustrated with high profile young Jews, like Seth Rogen, who she feels are irresponsible. “Seth Rogen grew up in Canada and enjoyed the kind of life he had there specifically because of Israel. A world without Israel is a dangerous place for Jews.” She also takes on Apartheid and BDS and celebrities like Sarah Silverman and Marc Maron who she believes are not using their platforms in helpful ways.

Tishby makes clear where she lands on everything and anything having to do with Israel. But she is adamant about uncovering the stark realities as well. She is hopeful for the future and optimistic that despite the challenges, Israel will endure. “We always overcome our issues,” she says, “We just need to strengthen our resolve in our Jewish heritage, our Jewish culture and history, and to educate the next generation.”

Presented by The Jewish Federation and Jewish Foundation of Nashville and Middle Tennessee, Noa Tishby will speak about her book and her life and answer questions on October 5th at 7pm. The event will be held both virtually, and in person, with limited seating available, at West End Synagogue. For more information, contact Deborah Oleshansky at deborah@jewishnashville.org