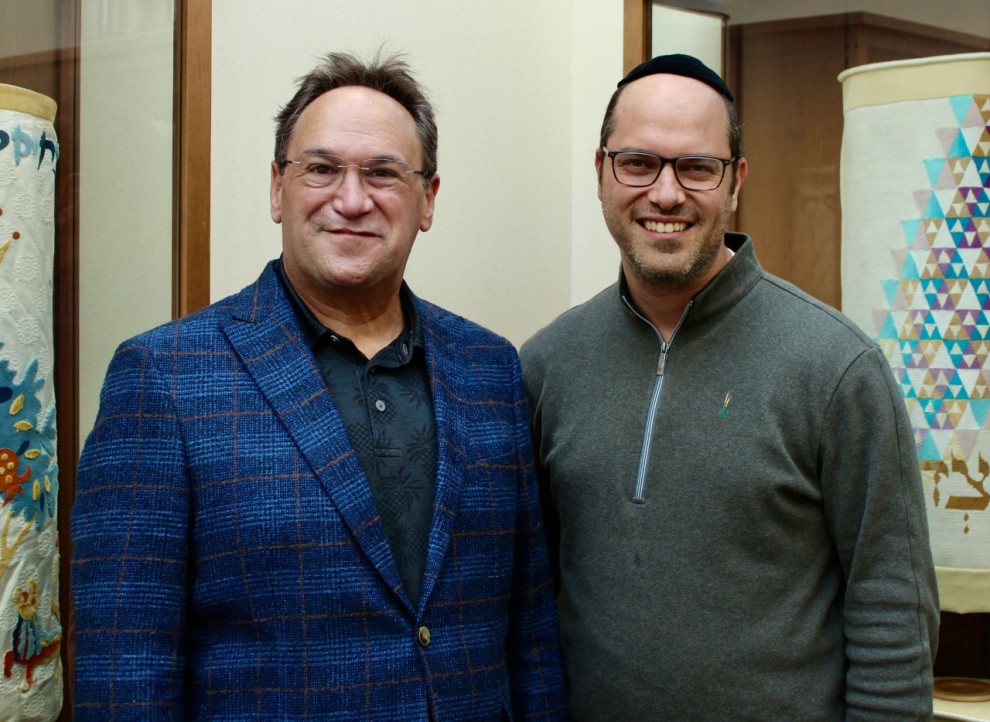 When Carson Pounds starts high school next Fall, he will grab his backpack and head off to a brand-new Jewish Community High School on the grounds of The Temple. The still unnamed school is the result of a collaboration between Rabbi Mark Schiftan of The Temple, and Rabbi Saul Strosberg of Sherith Israel. At first glance, it may seem an unusual partnership between the Reform and Orthodox ideologies. But both Rabbis say the shared vision is a natural outcome as each is passionate about providing local students with high quality education, tailored to the needs of the individual. Rabbi Schiftan says the school is also something he is proud to leave as a legacy following his retirement next summer. “It is one of the final things I want to accomplish. We are the oldest Reform congregation and partnering with a Jewish high school fulfills our mission of building bridges in the community.” The school will be housed, at least in the early years, at The Temple. Rabbi Strosberg says the location and the partnership is ideal for the community. “The Temple is extremely driven in its mission to serve the world. The congregation is focused on Jewish nurturing and lifting up families,” he says, “Plus, The Temple is a nice place. People respect the place, and it is a great location.” Bridget Pounds says her son, currently an eighth grader at Jewish Middle School, is excited to be part of the inaugural class of the new school. “I am very excited. I believe it is an honor for Carson to be one of the very first students involved in building what we hope becomes a full high school program and lasts for many years to come.”

The goal of the new high school, according to both Rabbis is to teach the fundamentals of Judaism, to prepare students for college and for the world beyond. Much of the format will be similar to that of the Jewish Middle School, with a focus on diversity and an emphasis on teaching ethics and creating community. Ron Heady is an educator and a consultant who is helping develop the school’s academic programming. He says the school is organized around Jewish values but will not be structured like a traditional day school. “In discussing the educational approach, we focused on three primary Jewish values. Learning, building community and perseverance,” he says. While the school will have more structure than the middle school, the emphasis is on personalizing each student’s overall experience. “Many kids have been discouraged by their school experience,” says Heady, “We plan to provide each student with the resources and support they need to succeed after high school.” Bridget Pounds says the goals of the new school align perfectly with what she is wanting for her son, “I would love for my son to be able to continue receiving a stellar education experience while continuing to be provided the nourishing environment he has received through the middle school. I want him to continue being challenged through high school but to also continue being more self-aware and embraced for who he is and what he brings to the classroom.” Heady also says the location of the school is key to fulfilling the values of community and learning. “Learning doesn’t take place in isolation. The Temple already has a community, and our goal is to maintain and protect that relationship.”

Creating a Jewish high school represents a significant step forward for the local Jewish community, which has been growing for many years. In fact, The Jewish Federation and Jewish Foundation of Nashville and Middle Tennessee is supporting the new school with one of its Innovation Grants. Eric Stillman, CEO of The Federation, says, “The Jewish Federation & Jewish Foundation of Nashville and Middle Tennessee gave an Innovation Grant of $10,000 for fiscal year 2021-2022 to help lay the groundwork for a Jewish High School because this is both an innovative and collaborative initiative to strengthen Jewish education in our community.” Moshe Werthan is a member on both the Executive Committee and the Board of the Jewish Middle School. He says, “Nashville has become a destination for Jewish families and until now, we haven’t had anything to offer in terms of a high school. This is a big step for us and can put Nashville on the map Jewishly.” Werthan and the rest of the JMS Board will become the Board for the high school for the first two years. Didi Biesman is the current JMS Board President. She says, “It is exciting to be in a community that works so well together. We are so thrilled and touched by The Temple Board’s response and support, the energy behind this. I am proud of our community.” Biesman also points out that the new high school will be financially accessible. According to Rabbi Schiftan, “We are aware that access to private school education is limited by cost and for many families, it’s not an option. Our goal is for the cost, with scholarship, to be about one-third that of other independent schools.” And Biesman says she is thrilled students will be able to receive a quality education without the high price tag.

Perhaps the most significant hurdle, according to Rabbis Schiftan and Strosberg, was presenting the idea for the school and the partnership with The Temple to the congregation’s Board. Rabbi Schiftan says, “Back in October, [Rabbi] Saul came to The Temple’s Executive Committee and the Board. They were so impressed, there was unanimous approval for the school.” The Temple’s President, Jim Marks, says there was recognition that the school represented an important step for the future of the local Jewish community. “Everyone understood that this school is something the community needs.” He also says Nashville is unlike many other larger Jewish communities around the country. “We are different from a lot of other places. Here there is no real separation between people based on where you go to services. Everyone feels the need to pitch in and help wherever it’s needed.” And while there are certainly some logistics that need to be worked through, Marks says he is confident in the congregation’s ability to adapt. “We are still in the early stages in identifying where the impacts will be. We are creating a committee to help plan out those details. We know some things like Internet infrastructure will need to be upgraded to accommodate remote learning at times.” 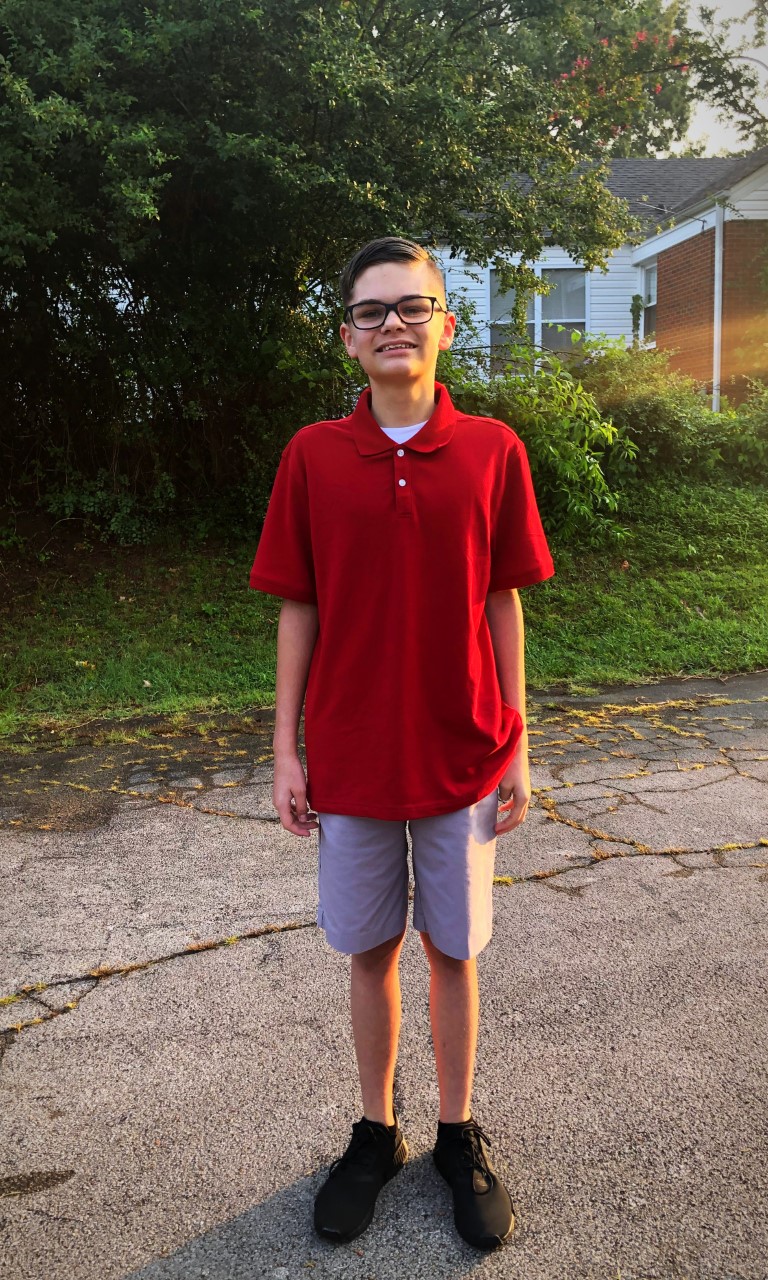 The process of educating children is never easy for families. Decisions range from academic philosophy, to location, to cost, and more. Both Rabbis Schiftan and Strosberg, as well as everyone else involved in building the New Jewish Community High School, hopes to help alleviate that stress by providing a place that will inspire and nurture teens. Bridget Pounds’ son, Carson, is excited to be part of the future of education in Nashville and, as she says, “It’s almost as if he’s been asked to help set the bar.” She says choosing a high school was proving to be a daunting task since Carson was used to the structure of JMS, and the news of the new school was, for her family, a highlight of 2021. Pounds also says she is confident in Rabbi Strosberg’s leadership and ability to continue to build on that for the high school. “Partnering with The Temple just makes it better. You have two places and different leadership all on the same page with education for our children and it is difficult to think it will be anything other than a huge success! We are so happy and so excited to be a part of this endeavor.”

Carson Pounds will be part of the inaugural class of the New Jewish Community High School in Fall, 2022