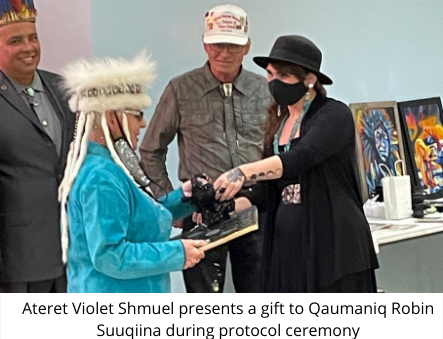 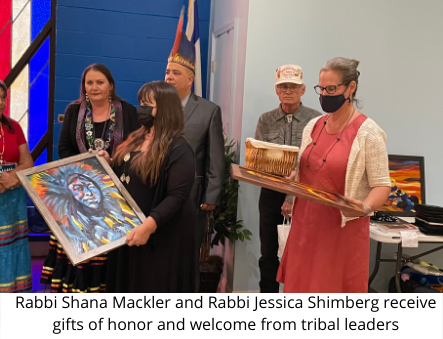 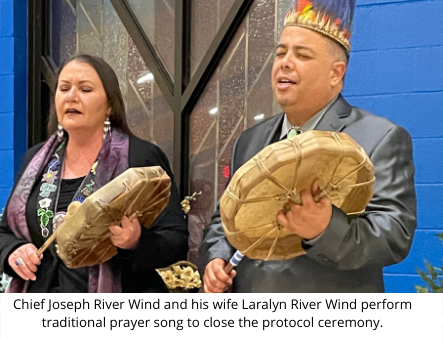 Native American tradition includes the ritual of offering “protocol,” or honor, in times of celebration, to welcome guests, and to recognize new relationships. It was the latter that drew together tribal leaders from local Native American nations and members of Nashville’s Jewish community. The event, held at Congregation Sherith Israel, was organized by Indigenous Bridges, an organization that seeks to connect local and diaspora indigenous communities. The organization was founded by Ateret Violet Shmuel, who says Jews share a common experience with Native Americans. “It is important to recognize that the commonly held narrative about who Jews are is flawed. We are not all white Europeans,” she says. She says one of the main goals of the organization is not only to provide social and cultural exchange, but also to share knowledge and experience. In particular, she cites the adoption of Israeli water technology by many tribal nations.

At the event, tribal leaders and local rabbinic clergy exchanged gifts and spoke about a shared experience. Qaumaniq Robin Suuqiina, one of the tribal leaders, facilitated the protocol. She said the goal is to create a place of honor for people to come together. “This is not just a ceremony. The Jewish people are indigenous to Israel and have returned to the land that was given to them.” Rabbi Jessica Shimberg, who brought custom made Havdalah candles, agreed. She explained that Jewish traditions such as the dietary laws, rituals focused on the new month, and others, are similar in the way both people honor the Earth and the natural world. “We share the same views about the land and the way we mark time. For example, the Havdalah candle helps us separate the Sabbath from the days of the week.”

During the protocol, other gifts were exchanged, and stories were told about the connections between Native Americans and Jews, in particular that both people have been displaced from their land and have been marginalized by mainstream cultures. Chief Joseph River Wind and his wife Laralin are the local tribal representatives to the Jewish community. The River Winds have led mission trips to Israel and Chief Joseph was even named the tribal Ambassador to Israel. “Israel is the first nation of the first nations,” he said. And Laralin River Wind said it is important to welcome the Jewish community. “We appreciate you are the chosen people. We want to be of assistance or aid to your community in any way.” The River Winds said they hope this is the beginning of a supportive and meaningful relationship between two peoples and cultures who have much in common. And Rabbi Shana Mackler, of The Temple, said, “You can’t build a bridge from one side. It has to be built from both ends in order to be sound.”