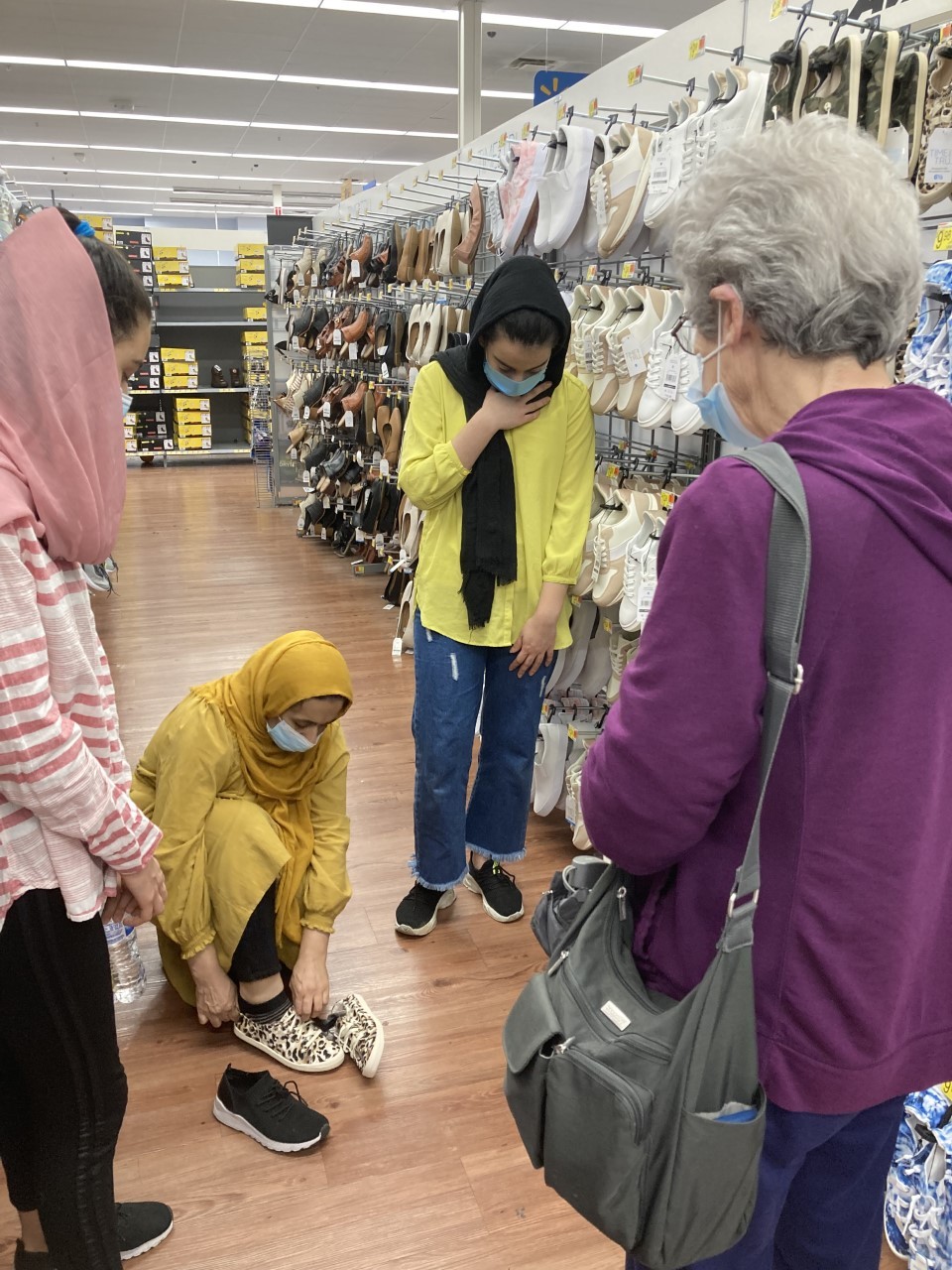 Nashville’s Jewish community, in partnership with The Jewish Federation and Jewish Foundation of Nashville and Middle Tennessee, and Jewish Family Service of Middle Tennessee, is bringing together dozens of volunteers to aid and support Afghan ally families arriving in Middle Tennessee. According to Nashville International Center for Empowerment (NICE), more than 50,000 people have been forced to flee from Afghanistan, with several hundred arriving in Nashville. To help with needs ranging from housing and other basic necessities, to obtaining a driver’s license, finding a job, and enrolling children in school, three teams of volunteers participated in extensive trainings offered by NICE. Volunteers learned about Afghan culture, as well as learning how best to help people navigate the various relief systems, and how to deal with people who suffer from trauma. Coordinating the efforts for The Jewish Federation is Michal Becker, Engagement Director for The Federation. “This has been a tremendous effort by so many people,” she says, “The volunteers are so excited to be able to get to know the families and to help them in such important ways.” 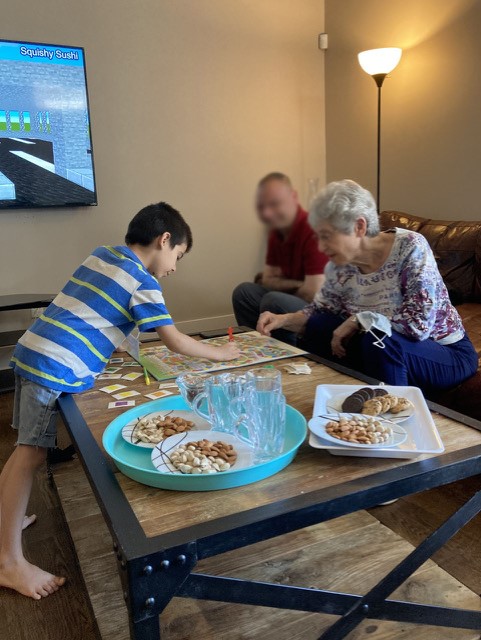 Evelyn and Mosh Koch are leaders of one of the volunteer teams. As soon as they learned of the project, they responded immediately. “Last summer we saw people fleeing on the news and wanted to help,” says Evelyn, “We went through similar feelings of displacement when we made Aliyah to Israel and felt we could identify with them.” The Kochs are working with a family of eight, which includes six children ranging in age from eight to 23. Their story is one that echoes that of many others who were forced from their country. Mosh says, “These are people who helped the American government and they have become targets.” To date, the Koch’s and their team have taken the family shopping for clothes, household supplies, and groceries. Most recently, Mosh presented them with a jigsaw puzzle of the United States so they could learn the geography of their new country. And along the way, friendships are developing. “Everyone is so grateful for our help,” says Evelyn, “I was nervous at first that we wouldn’t connect, but there really hasn’t been any cultural divide.” 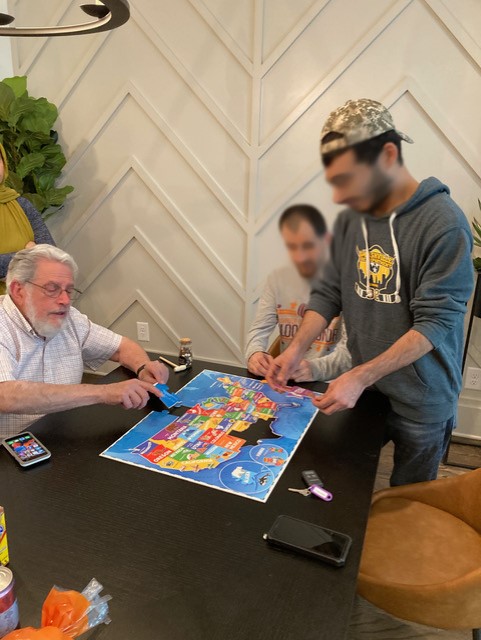 According to team leader Judy Saks, just learning to navigate a new country, new city, and new home, can be an isolating experience. So, the first step is a meeting with her team’s family of six to help everyone get to know each other. “What’s been so wonderful is that at the beginning, the volunteers are really nervous, but within about five minutes, they completely enthralled,” she says, “And, since no one in the family has a driver’s license, they spend much of their time at home, so the social interaction has been important. And things we take for granted, like internet service, which they don’t have yet, means the family has no outside contact.” Next, she is hoping the father will be able to find a job. “He was a driver for the American Embassy in Kabul. He knows how to work on cars, and he speaks English,” she says, “He just wants to get his license and be able to work to support the family.” In addition to providing items the families need to help set up a household, the Jewish community’s network is also a critical asset. “This community is so connected, if our team can’t find something that’s needed, or there is need of a particular service, we can find someone who can help,” says Judy.

That connection was put to the test recently when the Koch’s learned one of the adults in the family they’re working with was having trouble sleeping for several nights. Evidently, the man had a toothache and was in a lot of pain. Jewish Federation staff member, Carolyn Hecklin Hyatt, made a call to her father, local dentist Dr. Steve Hecklin, and by early the next morning, Hecklin’s associate, Dr. David Smiley was on the case. Dr. Smiley says he was impressed with the community’s ability to react, “It was amazing that these connections were made, and we could step in and help.” He says although there was a translator to help, the lack of a common language was not a barrier. “Anytime I get to help move someone out of pain is special. In this case, it felt very good.”

The cost for supporting resettlement of the Afghan families is estimated at $2,000 per month for a family of five. The basic resettlement process can take upwards of six months, meaning each family requires $12,000 in support. The Jewish Federation,through earmarked donations, is assisting with this cost for two of the families. Support for the third is being provided by an anonymous donor at The Temple. Team leader Renee Kasman says The Temple’s team only met their family very recently, so they are in the early stages of creating a support plan. And Renee says this family of 10 people is suffering from some severe trauma resulting from separation from two of their close family members who were unable to leave Afghanistan. “The chaotic scenes we all saw on television of the airports and train stations are real, and what this family experienced. And it’s still happening. The living conditions for those left behind are very hard,” says Renee. Locally the family has moved several times and is hoping to soon move to a larger, more permanent apartment. Next steps include enrolling all the children in school and helping the adults obtain a driver’s license. Kasman says it is a learning experience but her team, much like the others, is motivated. “We have such a beautiful team with so many resources. We have retired medical professionals, social workers, and others who are excited to get going.” As for the unnamed donor, she says they are all grateful for the generosity. “I want to keep a journal so this donor can know the impact of their donation,” she says.

The volunteer team leaders all agree the drive to help the families resonates with their Jewish values. Evelyn Koch says, “Jews know what it’s like to be strangers in a strange land.” And Renee Kasman says giving anonymously is something Jews aspire to do. Judy Saks says participating in this type of communal effort gives her hope during a difficult time. “Every time I despair about what is happening in the world, I am reminded that there are things we can do. You just have to break it down into smaller actions.”

The families all have some similar needs, such as small home appliances, clothing, diapers, and toys. Mosh Koch is thankful to West End Synagogue for agreeing to be a temporary location for accepting donations. And while the adults wait to obtain driver’s licenses and cars, there is the need for help running errands. Perhaps the biggest hurdle is finding work. The initial funding for each family lasts for six months. After that, they will need to pay for rent in a city with consistently rising housing costs. For those wishing to help, or to learn more about the resettlement program, contact Michal Becker at the Jewish Federation at www.michal@jewishnashville.org To donate, visit https://www.thingstogetme.com/377861a797a9 for an updated list of needed items and locations.