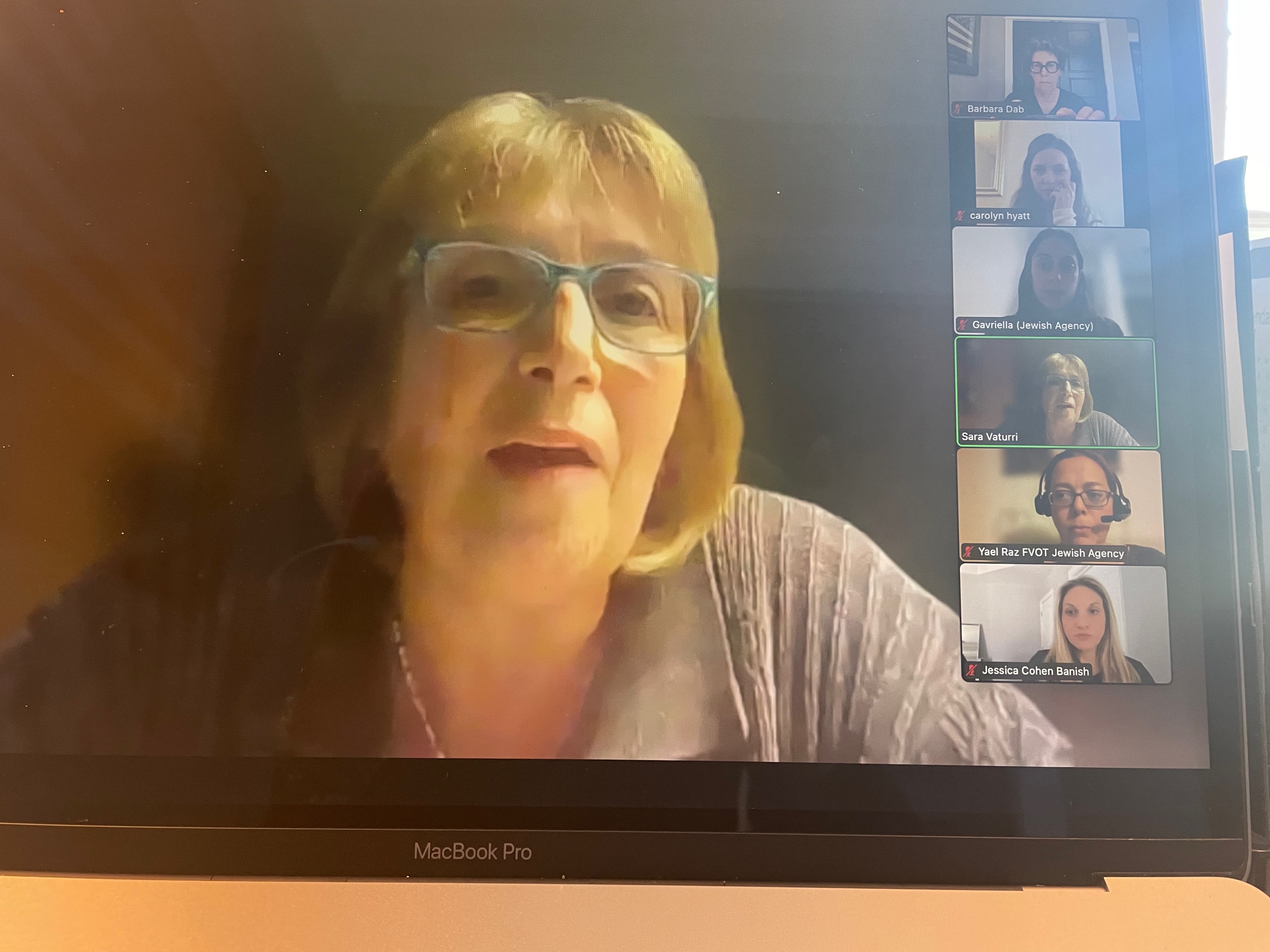 Sara Viturri shares her story as a victim of terror during the 2022 Mission Possible.

The Jewish Federation and Jewish Foundation of Nashville and Middle Tennessee once again took flight to showcase the Federation’s work supporting the Jewish communities this year in India, Morocco, and Israel. Approximately 60 passengers participated in the journey, which began with a brief introduction by Mission Possible Chair Batia Karabel, who said, “Mission Possible is a wonderful opportunity for participants to see the incredible work Federation's partners do around the world. Through our conversations, we are able to learn about vibrant communities and how our gifts to the annual campaign support these programs.”

Breakout rooms included visits with overseas partners who shared insights about the programs and services provided by the American Jewish Joint Distribution Committee. According to JDC representative Elisheva Massel, the JDC was established in 1914 to assist Jews around the world who are in need. For example, in India, the aid program started in the 1960s to provide food for Jewish school children. During the most difficult periods of the pandemic, COVID kits were sent to help Jews and other vulnerable populations cope with the virus, as well as helping them access to  vaccines and ambulances. Oxygen concentrators were provided to almost all Jewish organizations, in Mumbai and in other cities, covering most areas where Jews are residing. In addition, JDC deployed concentrators to Indian hospitals and established a telemedicine system so Indian doctors and nurses could aid people in rural areas.

The journey also included highlights of beneficiaries of the various programs funded by The Federation in Israel. Travelers heard from Sara Viturri, 58, a beneficiary of the Jewish Agency for Israel’s Fund for Victims of Terror. Jewish Agency representative Yael Raz explained that this program was started 20 years ago to assist victims of the second intifada in Israel. For Sara, the attack came in 2018, while she worked in a factory. She was shot in the stomach by another employee, a Palestinian. “I really thought I’d be murdered,” she says of the attack that also killed two of her coworkers. Sara says immediately after the attack, she received a check from the Jewish Agency, along with a letter of support. She says the continuing assistance has helped her heal both physically and emotionally, “The first feeling you have afterwards is loneliness. But with the help I received, I didn’t feel so alone.” In fact, incredibly just two days following the attack, Sara was on a plane to San Francisco for a planned visit with her son. And in the years since, she wrote a book about her experience. “I’ve been working with a therapist to help deal with the trauma,” she says, “The book includes things I could never tell anyone, not even my husband.” She hopes her story will inspire other victims to find hope to return to a normal life. 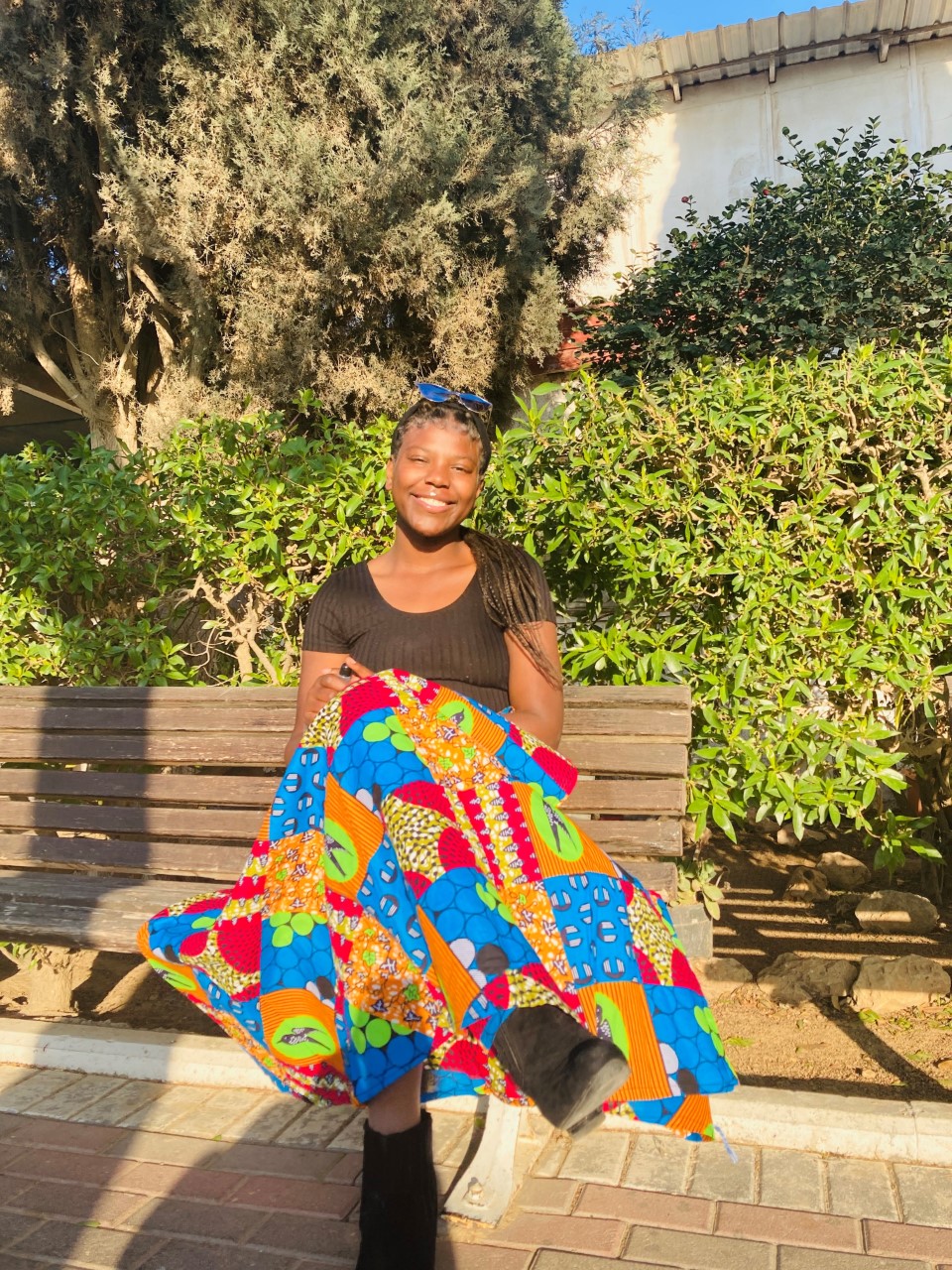 Elital Clement, an alum of the pre-army program, Walking the Distance.

Other Israel-based programs highlighted were The Jewish Agency’s Pre-Army preparation “Walking the Distance” program, which is exclusively for young women from disadvantaged backgrounds. The Maksam program focuses on immigrant communities in Israel which, much like those in the United States, face special challenges integrating into the local national culture and The Partnership2Gether (P2G) program Leadership2Gether (L2G) brings together young professional adults from the Hadera-Eiron Region and the communities in the southeastern US, including Nashville. Using current communication technology, the program engages Israelis and Americans, paired for one-on-one sessions that use text study to share their Jewish heritage and identity, and their responsibilities as Jews to their own community and the worldwide Jewish community.