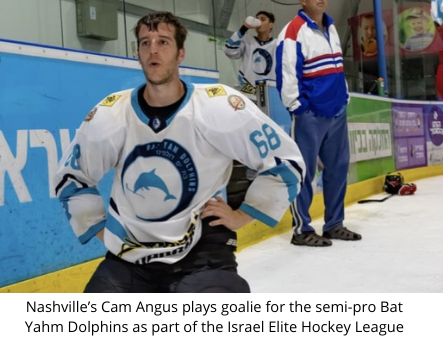 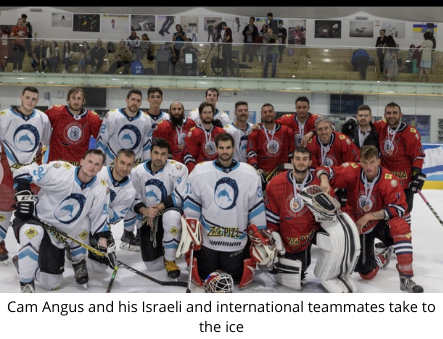 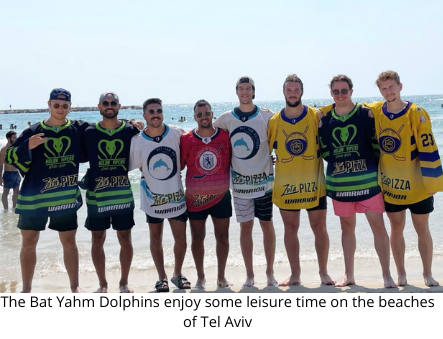 Israel may seem like an unlikely place for diehard hockey fans, but the new semi-pro Israel Elite Hockey League is hoping to raise awareness of the sport’s growing popularity, as well as strengthen the country’s official professional league.  Nashville native Cam Angus just returned from a month with the league’s Bat Yahm Dolphins and says he was impressed by the level of competitiveness. “There were import players from all over the world and there was a lot of talent there.”

The league launched this summer with four clubs, each playing two to three times a week. In between games and practice, there were “birthright” style field trips throughout the country. Cam says this trip was very different from his experience touring Israel as a teenager. “I’m 26 now and my outlook is more mature, and I have a totally different perspective,” he says. There were trips to Jerusalem, Golan Heights and walking tours throughout all of Jerusalem’s quarters. For Cam, the highlight was visiting the Western Wall where he was able to complete a very special task. “My dad died several years ago and even though it’s not Jewish custom, he was cremated. When I was in Jerusalem, I was able to place my dad’s ashes in the wall.” Cam also says he made new friends, some of whom he knows will be friends for life, including his German roommate.

Cam’s journey to playing Israeli hockey began in childhood and continued through his college years at Eastern Kentucky University. After graduation, he began his career as a personal trainer and holistic health coach. It was his sister who reignited his passion for the sport. “One day she sent me a screen shot of the application form she’d seen online. It said this was the first time the Israeli club was trying to develop the summer league and they were searching for players.” And as with many things in the post-COVID world, there were starts and stops on his route to Israel. “I had to jump through a lot of hoops to get there,” he says, “At one point, they nearly pulled the plug on the whole season.” Due to updated travel requirements, he was stalled in New Jersey for a while but once he was on the ground in Israel, he says it was like a dream come true. And as for any potential language barrier, Cam says, “Hockey is a universal language. Everyone speaks hockey.”

According to the Israel National Hockey League website, its mission is to develop awareness about the sport and to attract talent from around the world to its professional Israeli National Ice Hockey League. The league also believes the sport serves to connect people, create understanding, and educate about Israel’s customs and people. Cam says he plans to return for next year’s summer season and looks forward to an even more competitive environment. He also is excited to spend more time in Israel learning Hebrew and deepening his Jewish connection.