Most college students spend their summers working in entry level jobs or internships, hanging out at the beach or pool, or getting ahead by taking some classes. None of those things interested Eli Kirith. The rising sophomore at American University wanted to do something different, so he did the unexpected, he took his mom’s idea and ran with it. “I wanted to feel useful and productive doing something good to help people,” he says. His mom, Leslie Kirby who is the President of The Jewish Federation and Jewish Foundation of Nashville and Middle Tennessee, recently returned from a Federation sponsored mission trip to Poland filled with stories about the refugees feeling war-torn Ukraine. Many of the refugees are Jewish, but most are not. When Eli heard her stories his first response was, “Can we go?” And so, they hatched a plan. 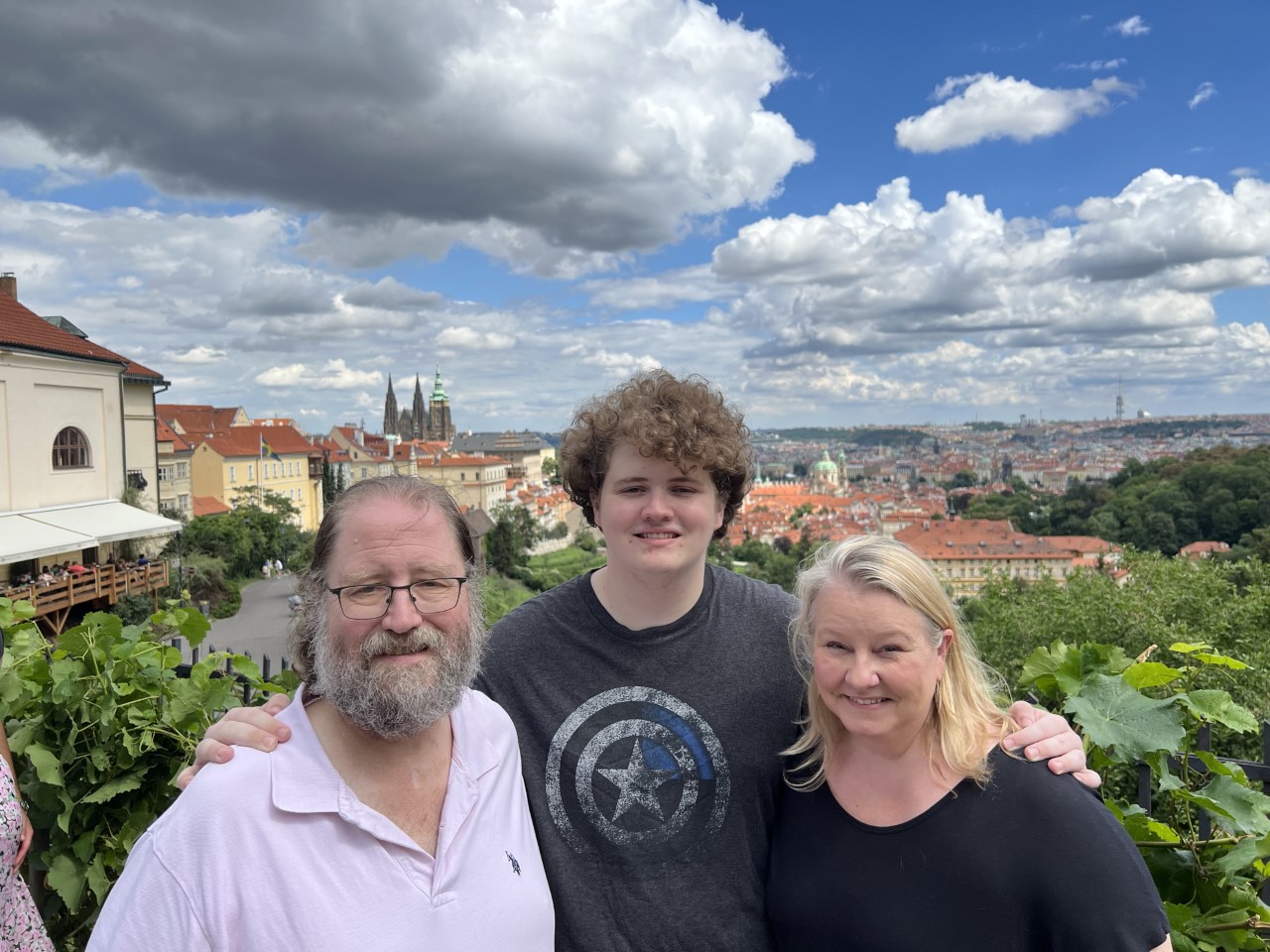 Eli and Leslie reached back out to volunteers on the ground in Warsaw and Krakow to offer their services and time and headed out. And for the better part of July, they lived and worked alongside volunteers from all over the world, as well as Ukrainian refuges themselves. “There were some younger Ukrainians who were capable of volunteering,” says Eli, “They felt good to be helping their fellow Ukrainians.” In fact, Eli says one of the Ukrainians, a young man named Sasha, became a trusted friend and guide. “Sasha is a great guy. I was glad to help him out, and I had to lean on him, and others, who could speak the language.” In addition to Sasha, Eli says he and his mom befriended a young German woman who was subsidized by the German government to volunteer. There was also a father and son duo from Korea, a Japanese student who was studying in Poland, and a group of Americans from Texas who were there on a Christian mission trip.

The days were spent visiting significant Jewish and other historic sites, and volunteering at the Szafa Dobra Mall in the Krakow Plaza. The shopping center has been turned into a relief center providing refugees with food, clothes, diapers, medical supplies, and other basic needs. People can visit the center once a week to stock up on necessities. “The actual work was gut wrenching,” says Eli. He was responsible for monitoring the door to the food bank to help maintain order. “We were only allowed to let in five people at a time. Sometimes mothers would ask if they could skip the line, and I had to tell them no. There were other mothers with children also waiting. It was hard.” Some days Eli was tasked with reorganizing items for distribution. He says some items were very popular and required packages to be split up. “Things like salt and sugar disappeared so quickly, so we had to divide up the packages. It was a sad thing. Diapers were another in-demand item, and one day it was maxi-pads for the mothers.”

Currently, Eli says there is no shortage of volunteers, which is encouraging. But supplies are running low, as well as storage space. There is not enough money being donated right now so while the cost of living is relatively low, necessities are becoming scarce. The Polish government is working to help Ukrainians, but that takes some time, so the cycle continues. For now. 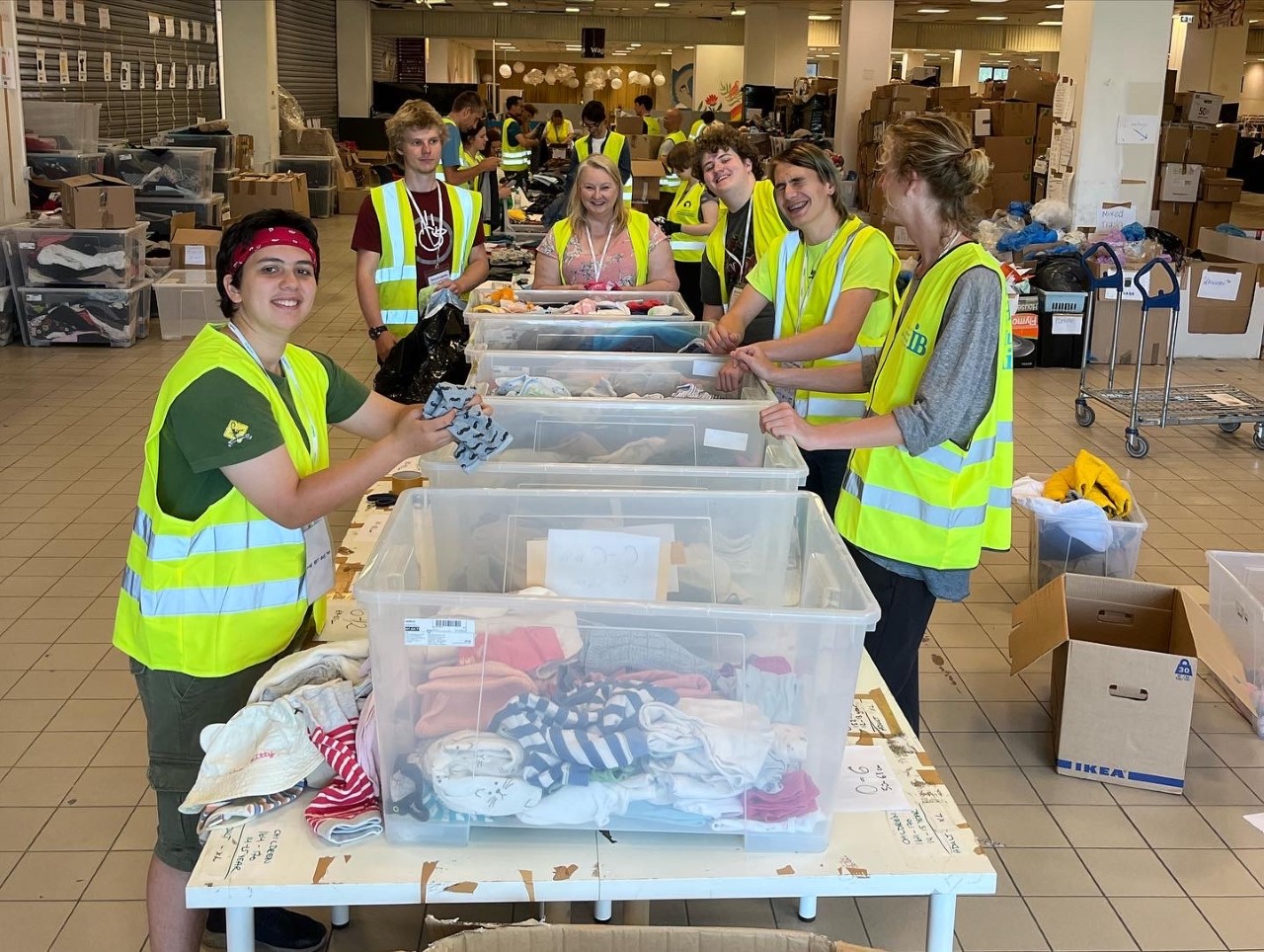 Although the invasion of Ukraine is its seventh month, there continue to be people flowing through the border with Poland. “There are probably about 100 families a day still coming to Poland, but it’s calmer than it was when my mom was there in May,” says Eli. He says Ukraine continues to keep men under the age of 60 in the country to help with the war, something that makes it hard on the women and children who make it to Poland. “They have the opportunity to be relocated to other places in Europe, and the Jews can make Aliyah to Israel, but since their men are still in Ukraine, they don’t want to leave.” Housing is still being provided to the refugees in abandoned apartment complexes. 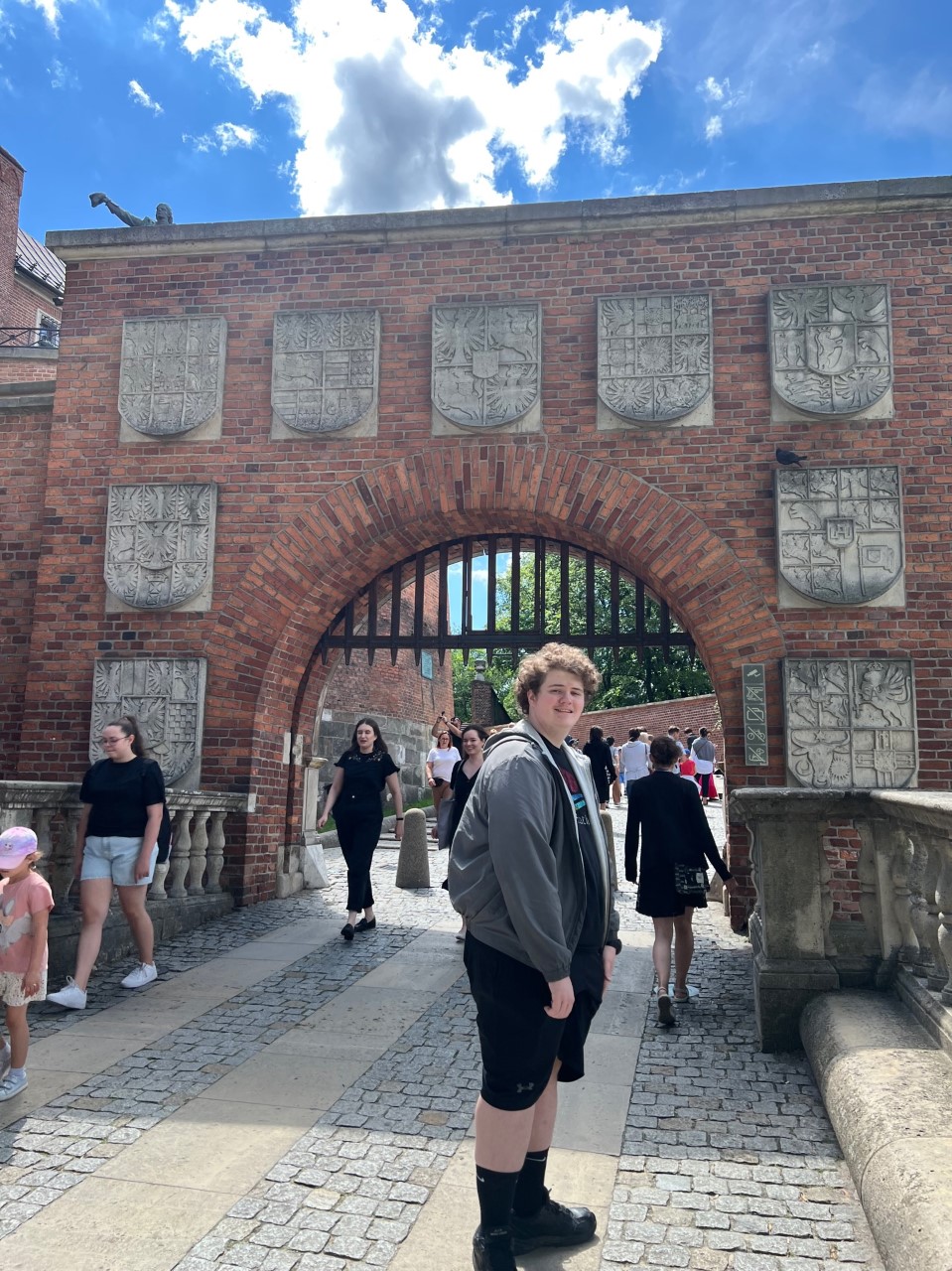 Among the historic sites Eli visited was Auschwitz-Birkenau concentration camp. He and his dad toured together. “It was great and terrible at the same time,” says Eli, “It was a very well put together tour, but was terrible in every other sense.” He went with his mother to tour the salt mine, which he said was great, and the two also visited some smaller towns and castles in the region. In Krakow they visited Wawel Royal Castle and the Jewish Quarter. Towards the end of their trip, Eli and his family met up with some young people from a Pardes program and spent time studying Torah with them in both Warsaw and Krakow. Still, this was not a typical summer trip. “This was a pilgrimage, not a vacation,” says Eli. 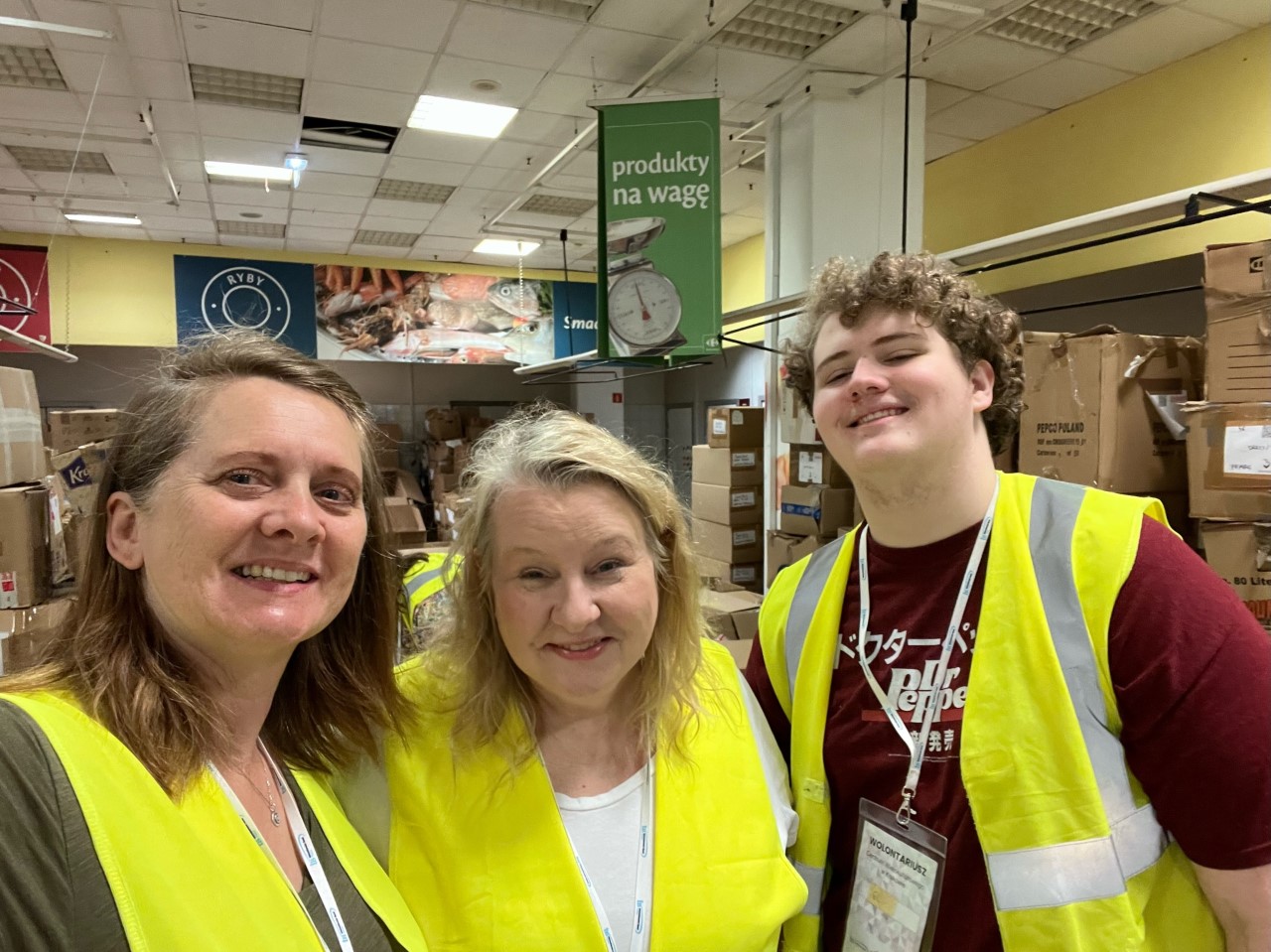 Before he embarked on his journey, Eli says he didn’t know much about Poland, except for its role in the Holocaust. He says that despite those dark associations, Krakow was a very beautiful city, and that people there had a good relationship with the Jewish community. “I heard about Polish antisemitism, but I didn’t see any of it, except of course verbal abuse around football, or as we call it: soccer.” On a more serious note, Eli says, “Someone told me Poland has the largest number of righteous gentiles, and the largest number of Nazi collaborators. It appears both are true. They own it and move on.”

As for the Jewish community in Poland, Eli says, “It’s complicated.” There is some historic internal conflict, but the small community typically rallies around the Jewish Community Center. He says what surprised him most was the reaction by the Jewish people to the well-known March of the Living pilgrimage that begins at Auschwitz on Yom Hashoah and ends in Israel to honor Israel Independence Day. “They think of it as a death cult,” he says, “They are offended the trip portrays the Jewish community in Poland as having died and been reborn in Israel. They are very much alive and don’t want to be swept aside.”

Finally, Eli says despite the sadness and heartbreak of the Holocaust, “Everyone should visit the camps. See it. Experience it.” By now he is back on campus in Washington, DC and has returned to the life a typical American college student. But when asked if the summer of “doing good,” met his expectations, Eli says simply, “It exceeded my expectations.” 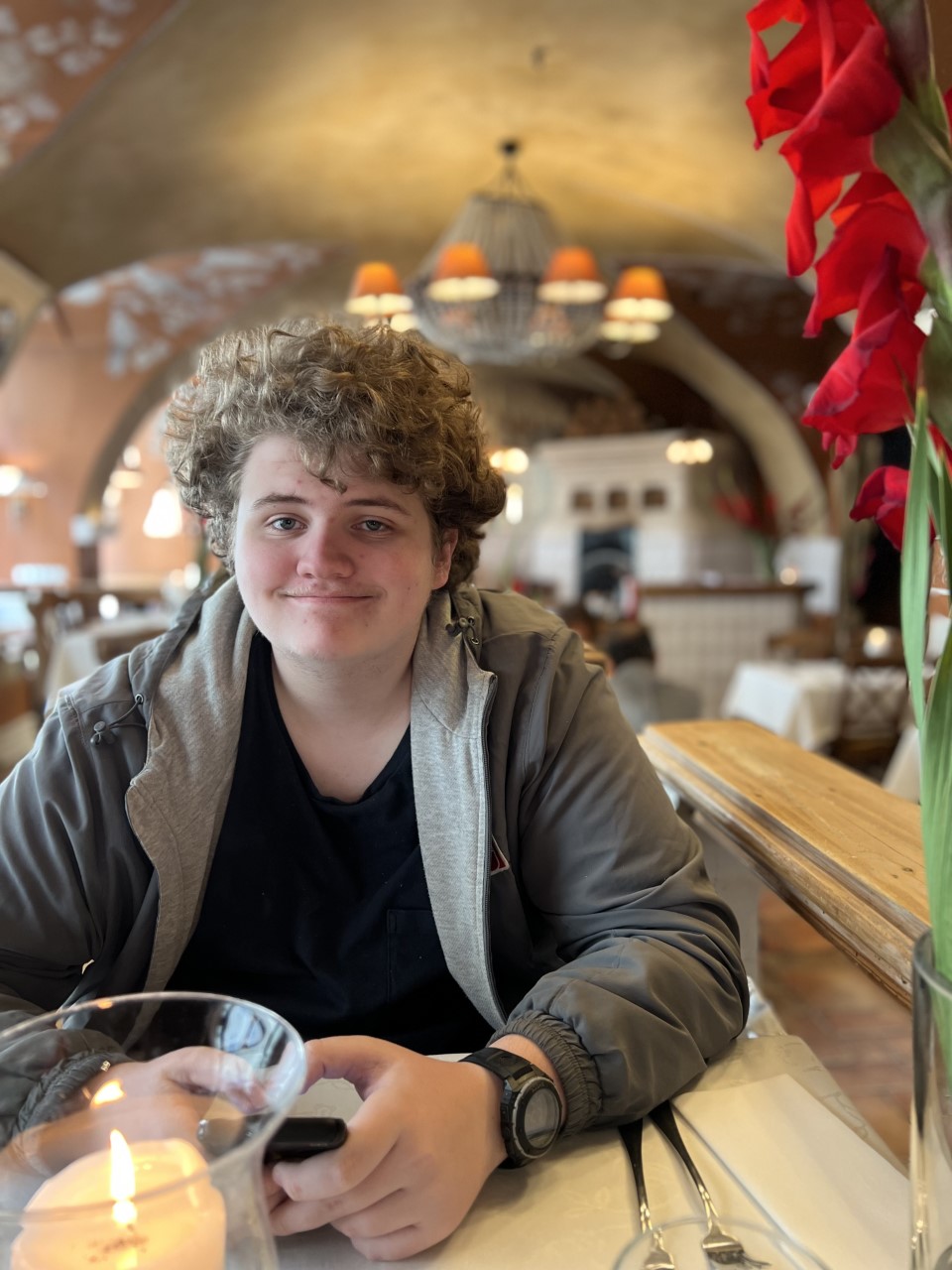