As the war in Ukraine rages on, the humanitarian crisis also continues to grow. And Nashville businessman, Joe Freedman, is working to address the mounting need for aid by launching a nonprofit organization that aims to send drones directly into the war’s hotspots. The organization, called Drones for Good Worldwide, seeks to raise $1 million as quickly as possible. “If we’re successful, we will blanket the country with drones to assist with humanitarian efforts in every hotspot,” he says.

He explains that one of the corporate boards he sits on owns several drone subsidiaries. “We received a call from Ukrainian pilots pleading for American manufactured drones. They told us several pilots had been killed while flying Chinese drones manufactured by DJI. Most drones in Ukraine and in the world are manufactured by the Chinese drone company, DJI. When the war started, DJI disabled the GPS of all drones located in Ukraine. Before they re-enabled their flight capabilities, they gave the Russian military a device that broadcast the location and coordinates of every drone flown in Ukraine. Several pilots were killed because of their actions.” Last month, Freedman traveled to Poland carrying a dozen such drones. “The trip was centered around delivering 12 drones to Ukrainian pilots in Lviv, Ukraine. It was an incredible journey,” he says.

Freedman traveled with Chad Kapper, an executive with Red Cat Holdings, a company that provide drones and drone technology in various industries. Kapper is an experienced drone hobbyist and trainer. When Freedman approached him about the initial donation of 12 drones, he said “yes,” and he offered to go along. “I wanted to know the delivery path,” says Kapper.

In what sounds like a cloak and dagger operation, Freedman says he and his team crossed the border into Ukraine. “One of the most bizarre and extreme things I can recall. Never in my lifetime did I think I’d see something like this,” he says, “We met pilots and were taken to a crazy secret compound in Lviv Ukraine, spent the night, then made our way back across the border.” He describes an underground network of drone pilots who, in peacetime, race drones, and now they are training others to use them in the war. “They work side by side with field artillery to adjust aim, scout tanks, etc. They are 3D mapping historic buildings so they can be rebuilt after they are destroyed, like when Notre Dame burned. They do humanitarian things and military things. Some of them have been killed,” he says.

The use of drones has evolved from its earlier applications and today’s commercial-grade drones can be used for much more than spying on the neighbors. Scott Zimmerman is the Founder of Air Bears, a nonprofit membership group that provides volunteer drone pilots to local authorities for things like search and rescue and other types of reconnaissance. He says what is happening in Ukraine with drones is not surprising. “We started out as primarily a hobby organization. But once law enforcement and firefighters learned about us, they wanted to learn how to use drones to help in their work.” Zimmerman says drones can be used to locate missing people, to use infrared cameras to determine the safety of a burning building, and for traffic surveillance. Zimmerman stresses that, unlike toy drones purchased at places like Best Buy, the Federal Aviation Association regulates the use of commercial drones. “Our drones are designated officially as aircraft and can only be used in coordination with local law enforcement,” he says.

Kapper and his group donated the same types of drones used by Air Bears. They have about a half-mile range and, most significantly, they are not traceable by the Russian military. “These drones are mainly for humanitarian use,” he says, “They are used for observation, to see what is coming, and they help people on the ground know when to evacuate.” But right now, there just are not enough supplies on the ground to continue the efforts. Freedman says, “These guys are targeted deep into peaceful areas and are always moving locations and cobbling together parts and hardware.” It is notable that the drone pilots are not military, but rather civilians. Freedman describes one harrowing near-fatal experience. “Illya, the leader of drone unit, was outside Kiev when a military vehicle passed him off-road to avoid traffic. The military vehicle traveled roughly 20 meters in front of his car when it hit a landmine. The front windshield smashed, and airbags deployed. He’s fine but said he has ringing in his ears.”

For more information about the organization, visit www.dronesforgoodworldwide.org. 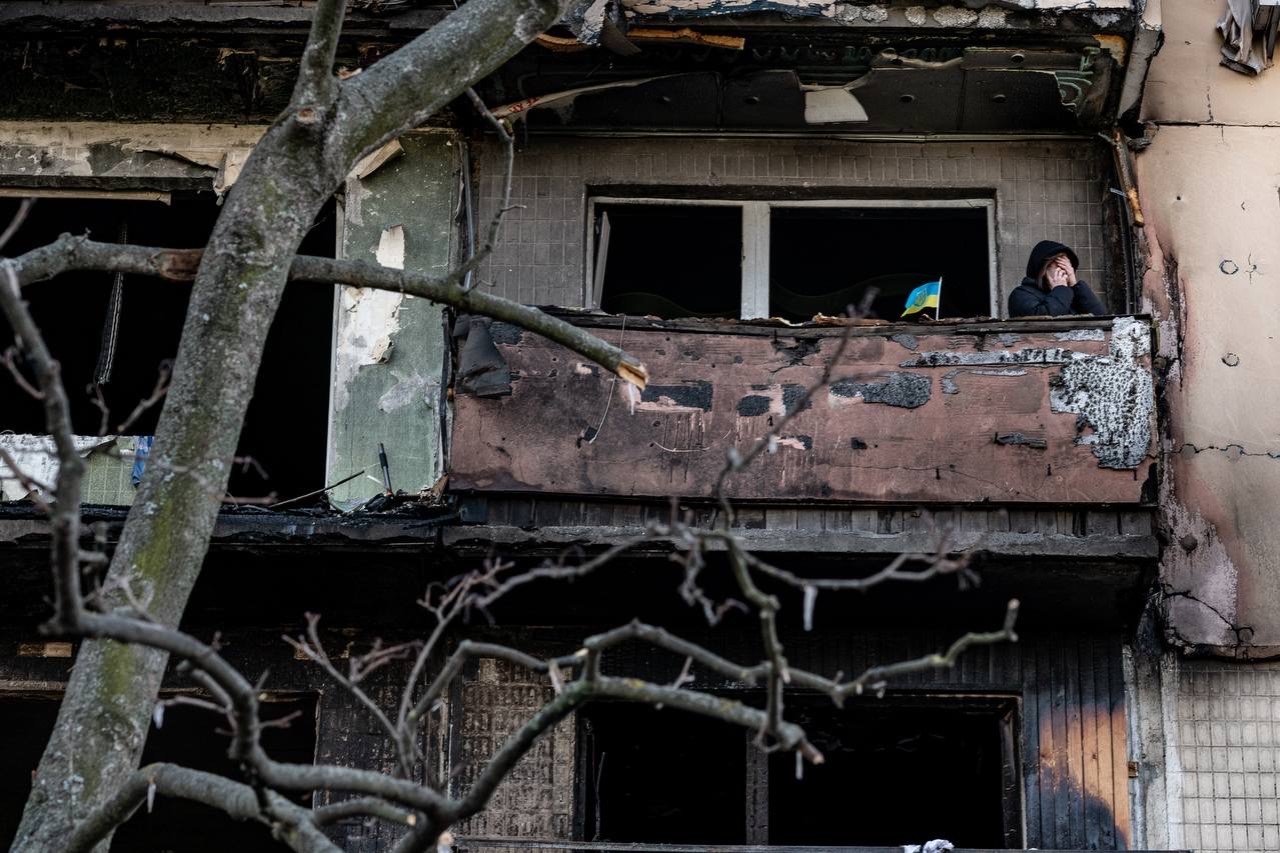 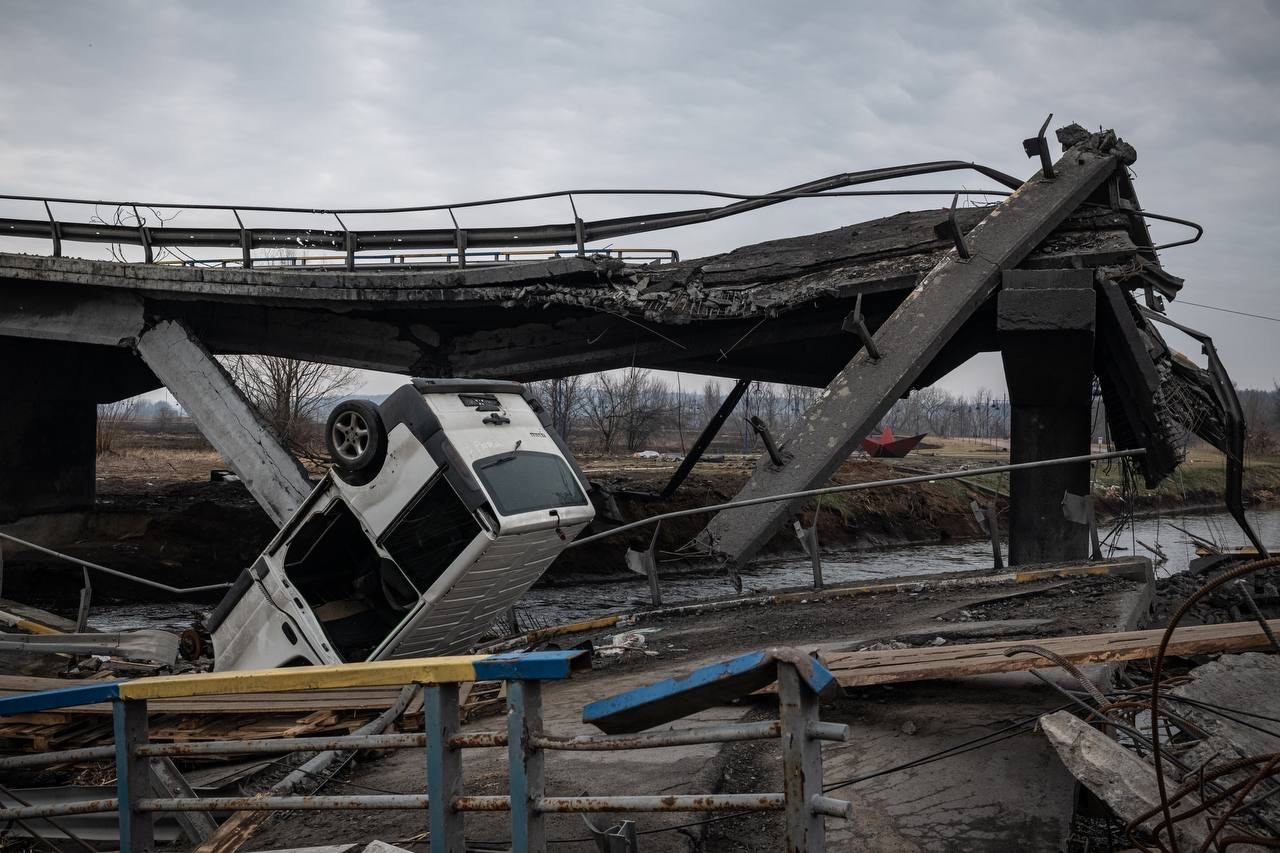 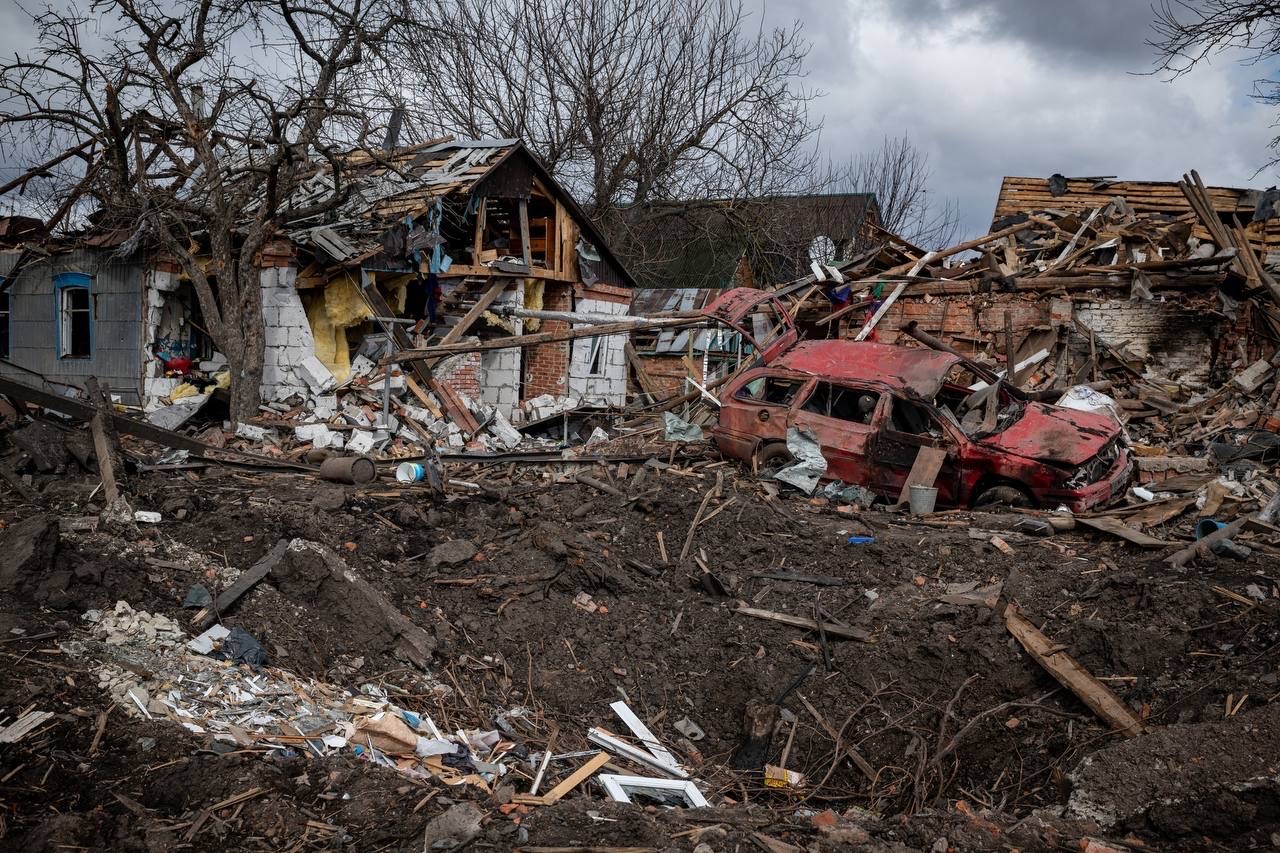 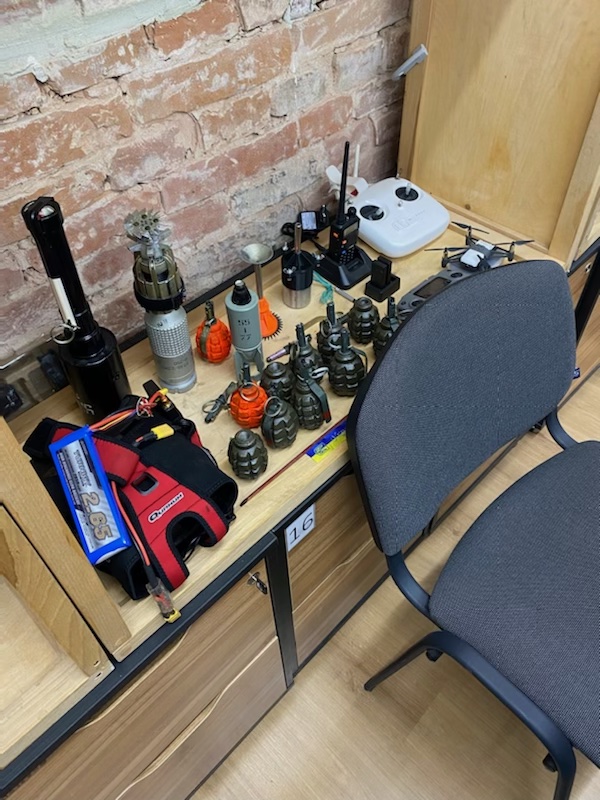 Scenes of destruction in Ukraine were witnessed by Joe Freedman when he delivered donated drones for humanitarian aid.