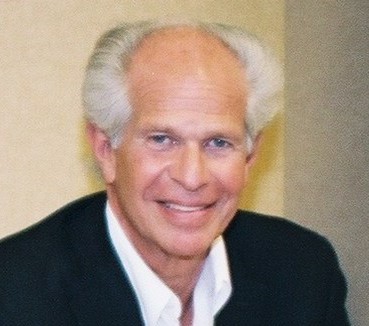 Dr. Frank Boehm, author of Is your Life Successful?

What does it mean to have a successful life? Do most people consider themselves successful? How is success defined? Can success be achieved with limited resources? These and many other questions are explored in Dr. Frank Boehm’s book, Is Your Life Successful? Through a series of more than 200 interviews with people from all walks of life, Boehm asks the question, “Is your life successful?” The answers, he says, are often surprising, “I went into this with one idea about what people would say, but often things went quite another way.” The process led him to categorize the definition of success, separating answers by concept and by age range. He discovered that people’s thoughts about success change throughout their lives, and often do not reflect their outward appearance.

Boehm began his journey toward uncovering how people define success by reflecting upon his own life around the time he retired. He spent nearly five decades in practice in the field of maternal fetal medicine in the Department of Obstetrics and Gynecology at Vanderbilt University Medical Center, where he is an emeritus professor, he authored two books, hundreds of scientific papers, raised three children and has been happily married for over 30 years. Still, he could not help wondering if he had really accomplished all he’d set out to, and if his life was indeed, a success. As a self-described bookworm, and with a passion for writing that began in his teens, his first instinct was to write his memoirs. But his sensible and insightful wife, Julie, was not sure others would find his story compelling. “She said no one would want to read about me, I’m not that interesting,” he jokes. After some discussions with friends over dinner, he decided the best way to figure out what constitutes a successful life was to talk to other people. “I love talking to people and interviewing them, figure out what makes them tick,” he says of the process some might consider grueling. He spoke to more than 200 people over several years.

To begin his research, Boehm began speaking to friends, people he knew well and was comfortable probing for their personal truths about success. “It was interesting getting started,” he says, “I would invite people over for dinner and just ask them if they thought their lives were successful.” What he discovered was that there were some universal themes, but also some surprises. “I soon realized the idea of success was different for people at different stages of life. I began to find common themes among young people, those in mid-life and those who are older,” he says. He also found that it often did not matter if someone was financially well-off, professionally known, or pinching pennies to get by. After speaking with celebrities, and there are a few, he learned fame was not necessarily the key to feeling successful, nor did wealthy interviewees always believe money was the answer. Perhaps most moving was hearing from those who, from outward appearances, were the least successful. “I was touched when I spoke with the adult son of a friend. He has Down Syndrome and lives in a group home in another state. He said he felt successful because he could take care of himself and his room,” says Boehm.

When it comes to similarities, there is one thought in particular that spans the various age groups. Boehm says, “Making the world a better place was mentioned in every category.” This concept of improving one’s surroundings is a core value that not only defines success, but it provides people of all ages with a meaningful goal around which to build a successful life.

The book’s final chapters serve to summarize the findings of the 200 interviews. Boehm himself devotes a final section to his exploration and ultimate revelation about his own success. And while the reader might be tempted to make assumptions about Boehm’s conclusion, there is one final twist in his personal story which proves that life rarely turns out as planned, but that often the sweetest gifts are those that catch us by surprise and fill us with love and gratitude, which are the truest measures of success.

Is Your Life Successful? will be available on October 12th, and Dr. Boehm will be appearing at Parnassus Books on that date at 6:30pm.