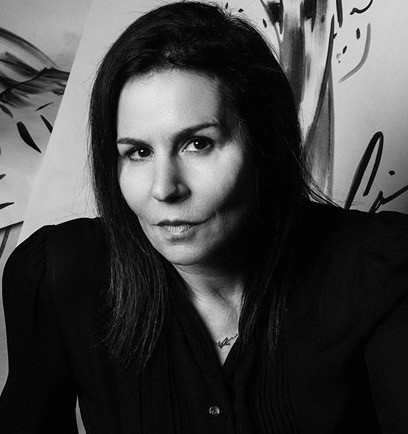 On my most recent trip to NYC I found myself daily indulging in a big way in Italian food and vegan ice cream…in ways that seemed comparable to Robert DeNiro preparing for his 60lb weight gain role in Raging Bull. While tripping out on the endless selection of fine NYC restaurants would seem somewhat normal while on vacation in the Big Apple, knowing myself, I realized a big portion of my diving into eating was due to unchecked emotions about my upcoming hip replacement surgery. I’ve never had major surgery, and never thought I would. Wrapping my head around it all seemed to be eating away at my nerves while I was eating my way through lemon pasta and Italian bread dipped in olive oil to cope.

The upcoming surgery brought back memories of my mom. For one reason or another, she ended up in the hospital several times over the course of my young life. I remember being left in the care of random caregivers. More often than not my working class, single mom, with not much to show in life, would come home from the hospital to find things missing. I definitely remember her stating several pieces of silverware were missing after one hospital return.

I’m wondering now if that is why, years later, when I would come home to visit, she’d state that if she were to die, she wanted me to know where she hid the diamonds. By that point she actually had some valuable jewelry inherited from my grandmother. The crazy thing was that she’d only make a point to tell me where she hid the goods when I happened to come visit. Had I not visited, I don’t believe she would have called me to let me know. And to make matters worse, she hid the jewelry in, I have to admit, very creative places, which by no means would I have ever have thought to look. For example, on one visit she again stated, if she were to die, I would need to know she hid the diamonds in the Venetian blinds. I mean, seriously, where did she even come up with that? Had she died without telling me this tidbit of information worth literally thousands of dollars, I promise you, the diamonds would have never been found.

I remember another visit, where she just happened to mention, she moved the hiding place. She wanted me to know, if she died, the diamonds were in the jar of popcorn. I kid you not, the store-bought jar of popcorn.

As it turns out, I was thinking of all this and relaying this story to my dear high school friends Andrea and Jeff whom I happened to be staying with for part of my NYC visit. Andrea started laughing and recalling the crazy places her mother hid the jewelry. Underneath the vegetable bin in the refrigerator, rolled up in towels and placed in the back under the sink and behind the dog food in the kitchen.

As life would have it, my mom passed away way too young, though she made it a point to definitely set everything straight before she was gone which included letting me know where the jewelry was at that point. Thank God!

In my rebellious way of declaring I would never be like my mother, which I have declared for several reasons, at various times in my life, I took the very straight and narrow and uncreative path of actually getting a safe deposit box for the inherited family jewels. Although in true, Brooklyn, Jewish fashion, I hid the key.