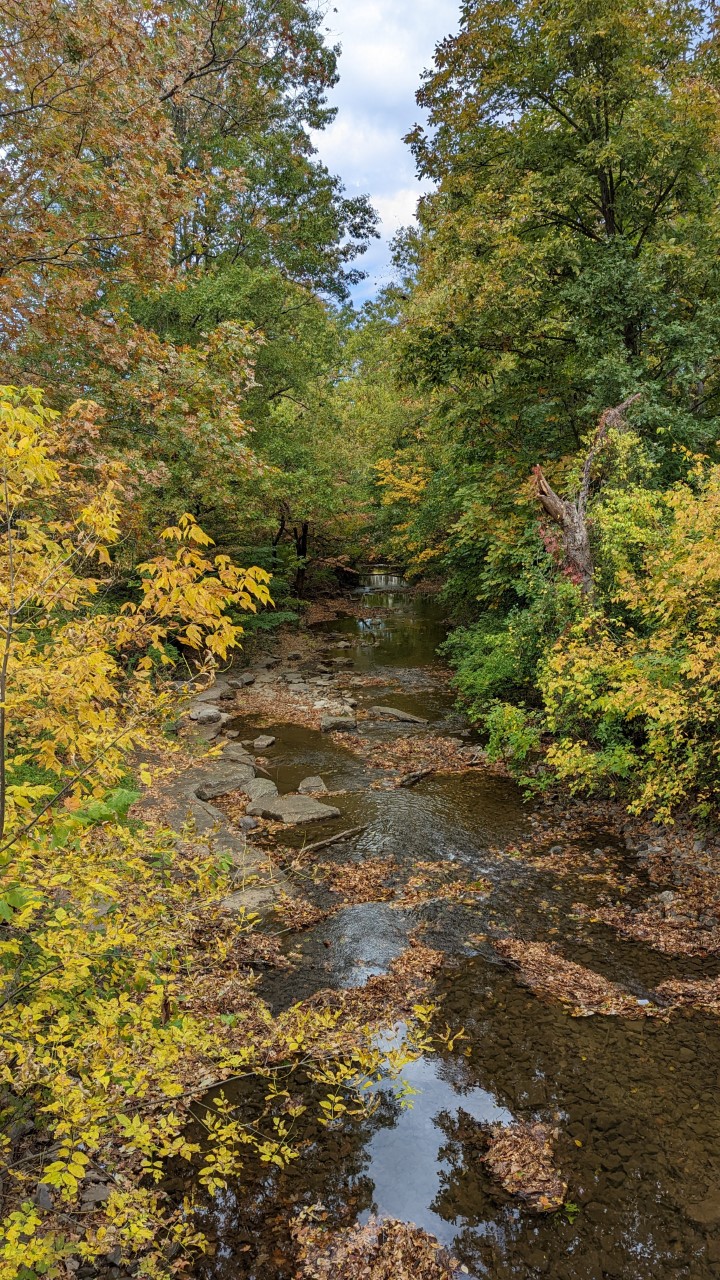 “Grant me the ability to be alone; may it be my custom to go outdoors each day among the trees and grass - among all growing things and there may I be alone, and enter into prayer, to talk with the One to whom I belong.”

While these words might sound like those of a 20th century tree-hugger, they were uttered over 200 years ago by Rabbi Nachman of Bratslav who preached that solitary meditation was best practiced in a forest or field. One of the silver linings of the Covid-19 pandemic was the surge in outdoor recreation in forests, fields, and on bike trails; unfortunately, many of us are back to the new normal and are mostly indoors. Some studies show that children are outside playing less than ten minutes a day yet spend hours inside on screens leading to what has been coined “Nature Deficit Disorder.”

While it is not a medical diagnosis, over one thousand studies have shown that this alienation from nature contributes to higher rates of emotional and physical illnesses. Richard Louv, author of “Last Child in the Woods,” “Vitamin N,” and numerous other books and articles, helped launch an international movement to promote the power of nature and how vital it is to balance the virtual with the real.

Research also seems to show that the nature-deficit makes our ecological literacy and stewardship of nature weaker. The first commandment in the Torah in Genesis 1:28 is to replenish the Earth, yet, as global climate change threatens our planet and our state, we seem to have forgotten this.

There are several reasons we do not venture outside, including poor urban planning and fear of the outdoors. Fortunately, those of us in Tennessee live in one of the nation’s most bio-diverse states, a southeastern Gan Eden! There are 57 state parks, over 80 waterfalls, preserves, state natural areas, and arboretums - many within Davidson or the surrounding counties, easily accessible and, thanks to your tax dollars, mostly free. Extras, such as a ranger-lead kayak trip on the Duck River, the most bio-diverse in the nation, cost only $10 several years ago.

Trees play an enormous role in Judaism, from the Tree of Life to the olive branch found by Noah’s dove, to the planting of Eucalyptus trees in Syria said to have been promoted by Israeli spy Eli Cohen to help Israeli troops. And they play the starring role at the Deerwood Arboretum and Nature Center in Brentwood. Recently my sisters and I explored Deerwood, which borders the Little Harpeth, has ponds, and paved and unpaved walking, biking, and jogging trails, (and flush toilets-open during park hours). You can identify 70 trees, mostly Tennessee natives, using the markers on the trees and a PDF printed from the arboretum’s site. Or challenge yourself, your children, or your walking buddy with a guide that leads you to analyze leaves or needles, bark, and tree shapes to inform your guesses.

The fall foliage was beautiful, and in the summer the wildflower meadow gives color to the landscape. The site was a wastewater treatment plant until 1980 when the EPA ordered Brentwood to seek a different sewage treatment solution, and now it showcases trees, migratory birds, and butterflies. While the main path is flat and only a mile in circumference, the dearth of other people and dogs made it a canine sanctuary for my sister’s dogs: Butters, who has never seen a dog he didn’t want to greet with great enthusiasm, and the elderly Mocha who found the distance to be more than enough. It is also a sanctuary for people who find the crowds at other nearby parks to be intrusive.

So, read about it online, locate it on your GPS, text a friend to join you, and then get out there, unplugged, because as Richard Louv says, “The more high tech we become, the more nature we need.”

We spent forty years in the desert, we can take a few hours each week to get outside!