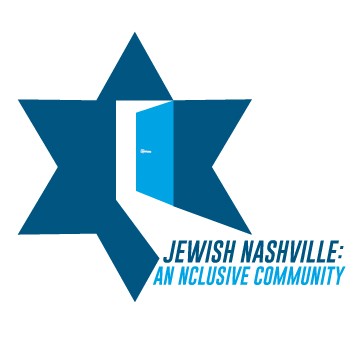 As part of its ongoing commitment to make Nashville’s Jewish community more open and inclusive of people with disabilities, The Jewish Federation and Jewish Foundation of Nashville and Middle Tennessee is providing local congregations and agencies with a visual aid in the form of a graphic badge. The badge will be added to websites, flyers, and buildings to let people know accommodations can be made to aid in their participation in services, programs and other events. The use of the badge is also designed to educate and raise awareness in the community about grants and services that are available. Eric Stillman, CEO of The Jewish Federation, says, “The badge will hopefully give people the comfort level to know that the organization or agency using it is open and willing to find ways to accommodate various disability needs.”

The badge’s development was led by The Federation’s Disability Inclusion Committee and was created with the mindset that disabilities take many forms, some of which are not visually obvious. Adam Bronstone, who is Federation’s Director of Planning and Israel Partnerships, says creation of the image was driven by the committee’s desire to educate the community and to change the conversation around disability needs. “There is a difference between being welcoming and creating a sense of belonging,” he says, “Welcoming is important, but that’s how you think about guests. We want people who live here to feel like they belong.” During the design process, the committee wanted to steer clear of traditional imagery like wheelchairs and to focus on inclusion in its broadest sense. The use of the open door was intended to communicate a wide array of potential disability accommodations that could be made.

The use of an inclusion badge is the latest in The Federation’s efforts ensure everyone in Nashville’s Jewish community can participate more fully in Jewish life. Brad Fishel is Co-Chair of the Disability Inclusion Committee, and his family has created a fund in the Jewish Foundation in memory of his sister, Lori Ann Fishel, who lived with multiple disabilities. The Lori Ann Fishel Special Needs Fund provides grants to individuals seeking accommodations and recently expanded to include organizations wishing to become more inclusive of disabilities through providing accommodations. He says, “It was really important to my sister to be included in things. Despite her challenges, she had such a positive outlook on life. The more we thought about it, the more we realized we needed to broaden our reach.” He says things like the new badge go a long way toward identifying the inclusive spaces in the community and broadening the conversation around applying for grants from the Fund.

Nashville’s Jewish Federation joins others nationwide that have been using badges and signs. Rebecca Wanatick who is Manager of Community Inclusion and Program Services of the Jewish Federation of Greater MetroWest New Jersey, says her community began the process a decade ago. “We started with congregations and worked with clergy and lay leaders to look within their communities at their attitudes and practices. We encouraged them to self-evaluate and then worked with them on next steps.” Their efforts led to the creation of special awards for congregations that made significant progress to meet specific benchmarks. Five years ago, the same model was followed with the other agencies, including The Federation. In Buffalo, New York, a community similar in size to Nashville, similar efforts began two years ago with the arrival of Mike Steklof, Director of Jewish Experience for the Buffalo Jewish Federation. “We took the time to study inclusion efforts from the past and looked at what should be done in the future,” he says, “We changed the wording from ‘welcoming,’ to ‘belonging,’ to be more accurate about our intentions.” The process involved small gatherings to better assess the needs of various populations such as disability, LGBTQ, Jews of Color, multi-faith families. “We are really committed to engagement in everything the Federation reaches,” says Steklof. Both Steklof and Watanick say the continuing conversations provide an opportunity for open dialogue, even if everyone is not meeting their goals.

Locally, congregations and agencies are starting to use the new inclusion badge. At Sherith Israel, which has been implementing accommodations like hearing loops inside the sanctuary for a while, Rabbi Saul Strosberg says, “I believe the badge for our Shul is simply an indication that we are philosophically inclusive and committed to making our community more practically inclusive, as much as we are able. It is an outward sign that if someone in the community has needs that we are not addressing, we want to know about it.” And Pam Kelner, Executive Director of Jewish Family Service, says the badge is useful at signifying the values of the agency. “We have always operated as an inclusive space, but the badge is a visual cue for people. Now they know this organization will accommodate their needs,” she says. She adds that while the badge is indicative of willingness on the part of the organization, it is important for the individual to reach out and communicate their needs. “Everyone is welcome, but we don’t know what every person requires. It is important for the individual to take ownership of their own needs.” Heidi Amster, who is a member of Federation’s Disability and Inclusion Committee and is living with Rheumatoid Arthritis, says most of Nashville’s Jewish spaces are accessible, but more can be done. “I’ve been involved in multiple meetings on this issue, and I’ve been a bit skeptical of the inclusion agenda,” she says, “The idea of a badge to let the community know that agencies and congregations are open to making accommodations is a good thing. But some recent additions to the community are not as accessible as they should be.”

Efforts around inclusion of people with differing abilities have ramped up since Stillman’s arrival as CEO. He is passionate about ensuring that everyone in Nashville’s Jewish community has access to participate fully. “There are those in our community who are underserved, and we are small enough that we can and should be able to involve everybody. And it’s the right thing to do.” Rabbi Strosberg agrees and says including people of all abilities and walks of life is part of Jewish values. “It's there to remind us that God created the world with challenges, and we can learn from and embrace those challenges to make us an even stronger community.”