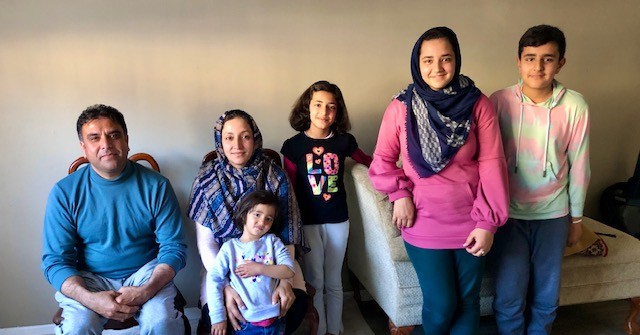 For the past six months teams of volunteers from Nashville’s Jewish community have been helping newly arrived Afghan allies adjust to life in the United States. From doctor appointments, to enrolling children in school, to shopping for basic items at Walmart or Kroger, and helping with meals, these volunteers have spent countless hours navigating American systems and bureaucracy. The project is a community effort led by the Jewish Federation and Jewish Foundation of Nashville and Middle Tennessee, joined by The Temple, Nashville International Center for Empowerment (NICE), and local pro bono attorneys. Using the humanitarian parole process, hundreds of people arrived in Nashville, three of whom were assigned to the Jewish community’s teams. As the formal community-wide program comes to an end, there is still work to be done. Michal Becker is Director of Community Engagement for The Jewish Federation. “This was a tremendous six-month effort by all the volunteers who really changed lives,” she says, “But the work is not over. Big questions remain for these families, about their future.”

Humanitarian parole allows people who provided service to the American government, to obtain a visa to come to the United States. But humanitarian parole visas have an expiration date, typically lasting one or two years. If they are unable to obtain a green card or political asylum, they face the possibility of deportation back to Afghanistan and into the hands of the Taliban. A recent bipartisan bill, The Afghan Adjustment Act, was introduced in the House of Representatives and the Senate just days before the one-year anniversary of the American withdrawal. The bill’s passage will mean Allies who undergo additional security vetting may apply for a permanent pathway to citizenship. Becker says, “This bill will provide Afghan Allies with the stability and security they need to complete the process of rebuilding their lives.” The bill next goes before the House Judiciary Committee, and Becker says it is time for people to contact their legislators and encourage them to support it. 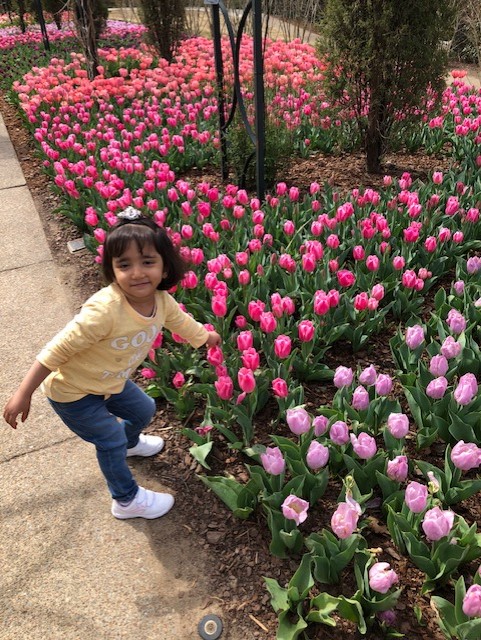 Meanwhile, life goes on for the families who arrived in Nashville over six months ago. Judy Saks is one of the volunteer leaders. She says her team is committed to continuing their involvement with their family. “I sent emails to the team and so far, six people plan to continue.” She says her family, which consists of parents, a toddler and three older children, continues to face challenges. “They don’t speak enough English, so it’s hard for Salih when he goes on job interviews,” she says. The father, who was a driver for the American Embassy, took the Tennessee driver’s test close to 20 times before he was able to pass. Saks fears for the future of the family because many of their benefits will end later this fall. “They could lose their food stamps and rent subsidies. I’m worried a financial crisis is coming.”

The team from The Temple, headed by Ruth Thomas and Renee Kasman, is equally committed to continuing to support their family. “We just love this family, we’re so invested,” says Thomas. She says despite their difficulties, they have made great progress so far. “Before they came here, they lived for years not knowing if they would be safe. Many have been traumatized all their lives.” In addition to the security of knowing they are safe, Thomas says the children are enjoying school, particularly the girls. “They already see so many opportunities for education for the girls, and for women’s rights that they would not have in Afghanistan.” Still, there are many challenges to overcome. Renee Kasman, who is also Chair of The Temple’s Social Action Committee, says the experience has been a real-life example of the work the committee does. “All the social justice issues we talk about are front and center. We are experiencing that with the people who are living it.” Some of the biggest challenges, according to Kasman, include learning about tenant’s rights and affordable housing options and navigating the public-school bureaucracy. “I have great respect for our public schools. They have been so supportive and so helpful. I was worried they weren’t prepared for the kids, but the school has students who speak over 20 languages,” she says. The biggest challenge, according to both Thomas and Kasman, is the battle to bring one remaining family member to the United States. This person is still in Afghanistan under an immediate and direct threat from the Taliban. The team has engaged a pro bono attorney, but it is a slow process. Kasman says, “It’s so frustrating to know that even with legal help we still can’t get him here.”

There is one other team who diligently worked to assist one of the Ally families. Team leads Evelyn and Mosh Koch report that family is now relocated in Atlanta where they have other family members. “They have someone who has been in this country for eight years and has a successful company,” says Evelyn, “They were able to make all the arrangements there that we were working on here, including finding an apartment, buying a car, and arranging English lessons.” Still, the Koch’s say it was a good experience for them and their team, and they continue to stay in touch. “It was important that they had those early few months with us because it introduced them to American volunteer culture,” says Mosh. They both say the intense experience was life changing and the connection they made with the family was very personal.

As the Afghan Adjustment Act makes its way to the House Judiciary Committee, life continues for the Allies both in Tennessee and around the country. All the local team leads in the Jewish community say the experience has changed them and they feel familial bonds with the families they have helped. They all plan to continue to support the Allies’ efforts to acclimate to their new home. They have celebrated Ramadan together, walked each other’s children into school, assisted with finding basic medical and dental care, and over time, each lead reports they are bonded with their new families. Judy Saks says, “I really want to express how grateful I am to have this opportunity to help the family navigate our culture, our medical system and our city and state. It’s not easy for non-English speakers, (or for Americans!) especially those who had to flee their country with only the clothes on their backs.” All of this against the backdrop of rising antisemitism in the United States and around the world. The Federation’s Michal Becker.

says these relationships provide the best lesson of all, “This is Tikkun Olam in action. This is how we fight antisemitism: by building relationships and becoming friends.”