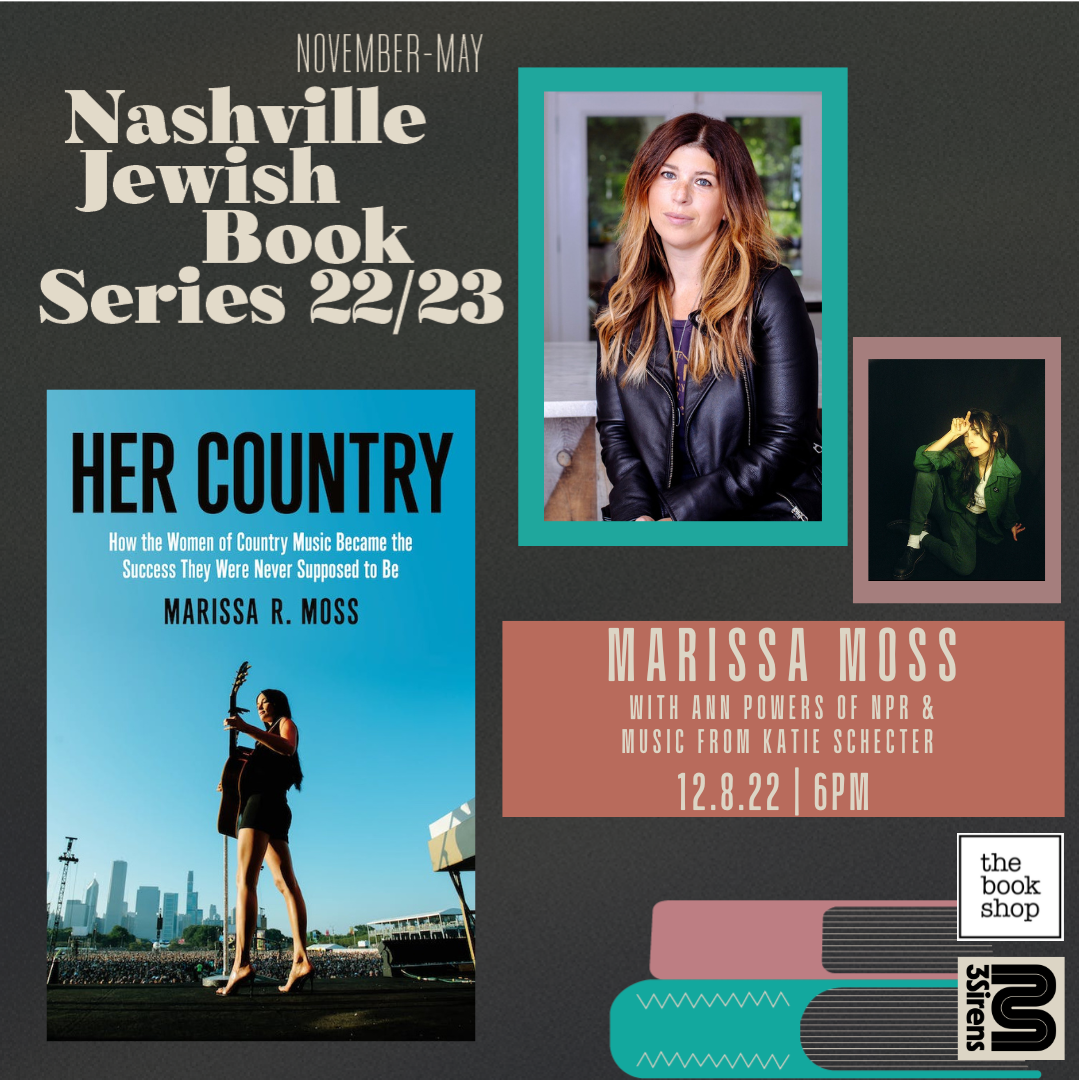 The Gordon JCC of Nashville will host award-winning journalist Marissa R. Moss for a conversation about inclusivity and gender bias in the music industry Dec. 8, as an installment of the Nashville Jewish Book Series. The conversation will take place in East Nashville, where Moss will be joined by writer and NPR music critic Ann Powers and singer/songwriter Katie Schecter – who will openthe event with a live musical performance. Moss, a resident of East Nashville, wrote “Her Country: How the Women of Country Music Became the Success They Were Never Supposed to Be,” a book that details the last 20 years of country music through the lens of prominent country singers including Maren Morris, Mickey Guyton and Kacey Musgraves. “Her Country” provides the full, unbridled story of these trailblazers’ paths to stardom, their battles against a system entrenched in sexism and their efforts to transform the genre into a more inclusive place.

For the women of country music, the year 1999 was revolutionary in that artists including Shania Twain and the Chicks topped every chart and made country music a “woman’s world.” But the music industry preferred its stars to be neutral and obedient, not challenging the status quo. Women were expected to “shut up and sing.”

In 2021, women were played on country radio as little as 10 percent of the time, even though they are selling out arenas, as Musgraves does, and becoming larger sensations than most of their male counterparts. Female country singers have created massive pop crossover hits such as Morris’ “The Middle,” pushed the industry to confront its racial biases with Guyton’s “Black Like Me” and won dozens of Grammy nominations.

“Her Country” is the story of how country’s women fought against systems designed to keep them down and forged entirely new pathways to success. Moss tells the behind-the-scenes story of how Musgraves, Morris, Guyton, Miranda Lambert, Rissi Palmer, Brandi Carlile and others reinvented their place in an industry largely stacked against them. Moss, Powers and Schecter discussed inclusion and storytelling from an outside perspective, with an opportunity for audience members to join in the conversation. zoe@jewishnashville.org

The Nashville Jewish Book Series aims to connect the local community with authors from around the globe, fostering conversations that could not happen anywhere else in the world. The NJBS runs from November 2022 to May 2023. You can find the whole schedule, with registration and ticketing information, at nashvillejcc.org/book or contact programs director Sharon Benus at sharonb@nashvillejcc.org or 615-354-1697.