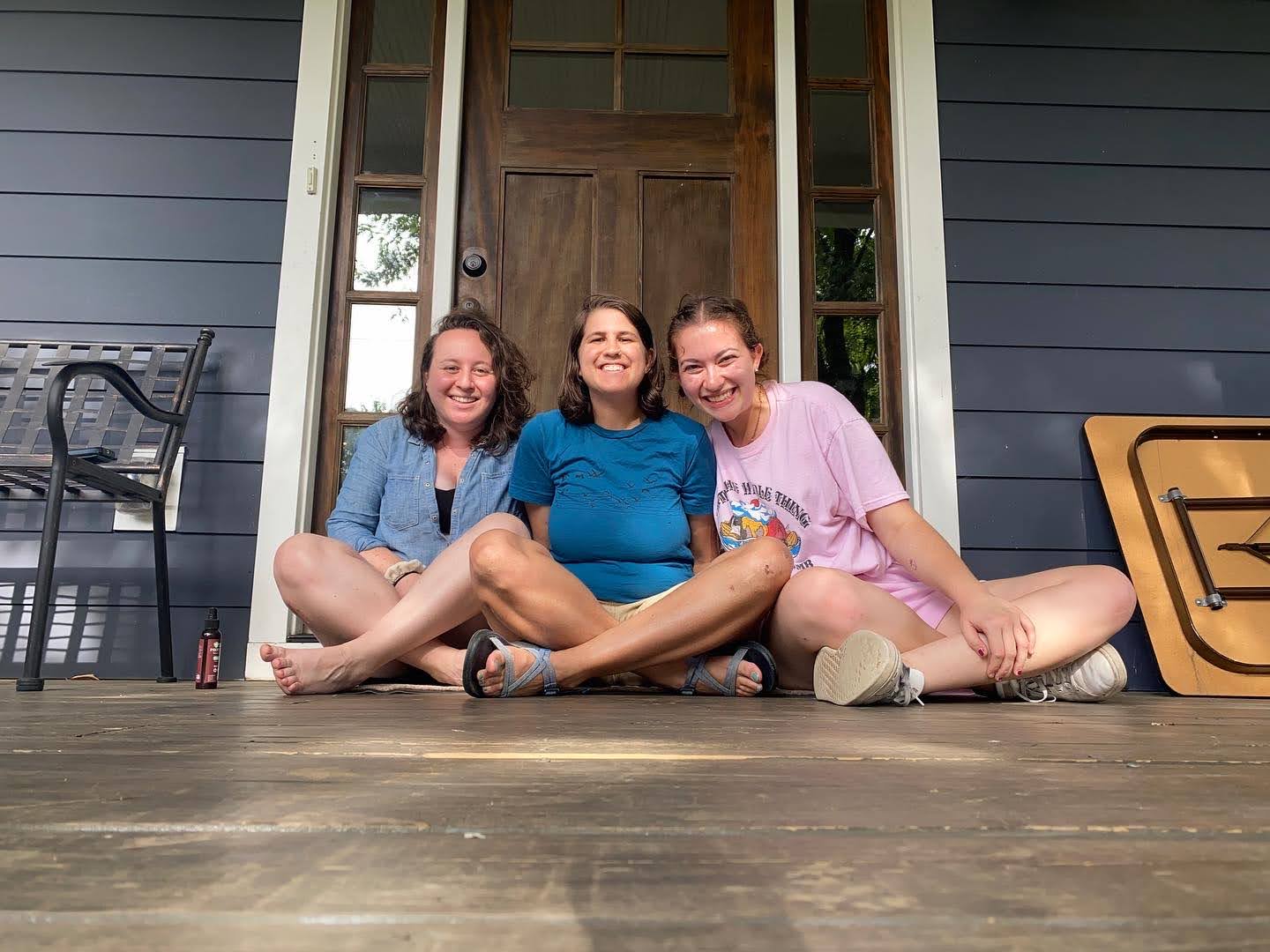 Tucked away on a leafy East Nashville street sits the newest addition to the local Jewish community. Moishe House is a pluralistic, peer-led, organization that helps bridge the gap between college life and more traditional, family-based Jewish programming. The Nashville Moishe House is home to three Jewish women from various walks of life who share a passion for Jewish connection, meaningful programming and just plain fun. MoHo, as it has come to be called, serves as a host home base for events ranging from cocktail parties to Shabbat dinners to book groups. And the three residents are thrilled to be at the heart of it all.

Becca Groner was the first of the three to envision the new Moishe House. When she first arrived in Nashville several years ago, she was involved in the creation of a Moishe House Without Walls (MHWOW), a similar concept, but events rotated to various locations. Building upon the success of the MHWOW, she joined forces with Nashville newcomers Rose Capin and Shea Northfield. With support from the Moishe House national organization, the group applied for and received an Innovation Grant from The Jewish Federation and Jewish Foundation of Nashville and Middle Tennessee, then located the home, and moved in. Groner says it is exciting to have a space just for young Jewish adults that is an alternative to a synagogue or a JCC. “I understood how the Moishe House program works, but this elevates things to a whole new level, and it’s been great to have Shea and Rose to bounce things off of.”

The first event was a housewarming party attended by more than 50 people. For Rose Capin, joining Moishe House was a homecoming of sorts. After graduating from Vanderbilt in 2020, she moved to Atlanta in search of new horizons, but quickly realized Nashville was home. “I really missed it. If Nashville was a person, I’d be best friends with it,” she gleefully exclaims. She’d known about Moishe House from her time in Atlanta, where there are four houses, and is honored to be helping to bring one to her favorite city. “I have so much gratitude and optimism,” she says, “It’s going to be fun to see where we can go with this.”

Moishe House is designed to be egalitarian, pluralistic, and inclusive, but the local house definitely reflects the current residents’ feminist perspective. Shea Northfield, who hails from the Pacific Northwest, says, “We want to be a space where everyone feels welcome, but we do bring a feminist lens to everything.” For the upcoming Mezuzah Hanging party on October 20th the group reached out to Rabbis Laurie Rice and Shana Mackler for guidance. Shea says, “We really wanted a female rabbi to help us plan the program.” A popular program so far has been the feminist book club brunches held both in person and virtually. The three are very clear, though, Moishe House is for everyone. Rose describes the overarching value of Moishe House as one of, “radical inclusivity,” and that also means being a safe and open space for Queer Jews. She says, “There is a real need here. Young Queer Jewish people want more Queer Jewish events.”

In addition to planning MoHo specific programs, there are partnerships with other local Jewish organizations, such as East Side Tribe, NowGen, and the Nashville Jewish Film Festival. And the three acknowledge that big splashy events are not for everyone. Shea says, “Some of our big plans are for small, one-on-one experiences, smaller group programs to create more intimate connections.” Indeed, the women all agree Moishe House is an opportunity to create a personalized space tailored to the needs of the local young Jewish population. Rose says, “The goal is to provide value, meaning, and accountability for people.” And as for that lovely house in East Nashville, they all agree it is the perfect location from which to build community and embark on adult Jewish life. Becca says, “We all care very deeply about Jewish life, Jewish thought and Jewish learning. We want to develop that and add that to our community wherever we can.”

The Moishe House Mezuzah Hanging and Open House is scheduled for Wednesday, October 20th at 6:00pm. For more information, or to RSVP contact dave.press@moishehouse.org.