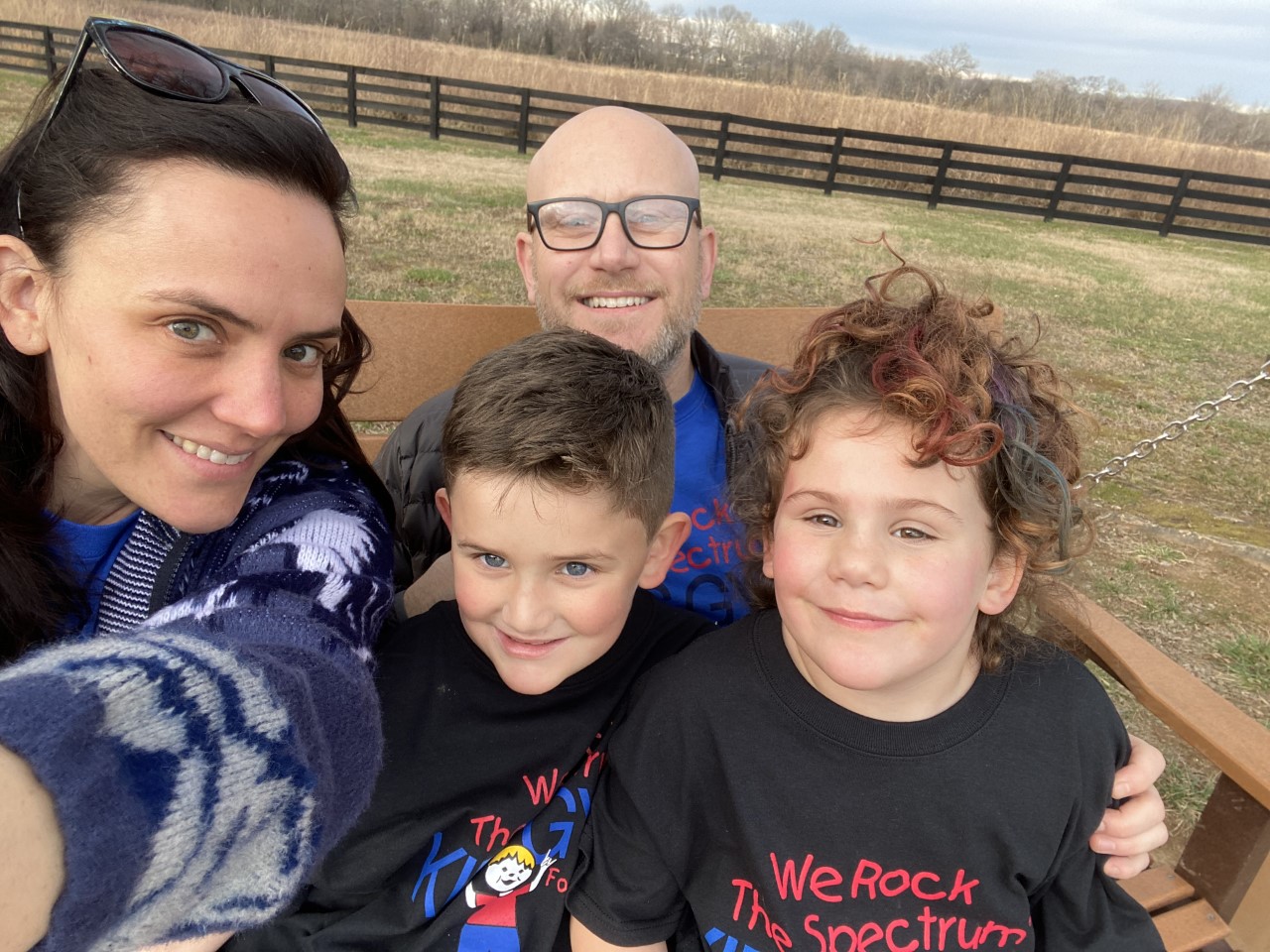 Samantha and Steven Komarnitsky, pictured with their children Nash and Coco, are owners of We Rock the Spectrum gym for kids of all abilities.

The past couple of generations have seen the rise in popularity of indoor play gyms for children. Touting the virtues of safe, fun, interactive play and socialization, the gyms offer everything from brightly colored equipment to classes featuring music, dance, and drama. What has been left out, according to some parents, is a focus on the needs of children with disabilities and special needs. Steven and Samantha Komarnitsky were challenged to find such a place for their now eight-year-old son, Nash who was diagnosed with autism at age four. “Typical gyms and playgrounds are overwhelming for him,” says Samantha. “Sometimes he has meltdowns. Making social connections is also often difficult.” So, the couple began researching some place that could fit their son’s needs in their home town of Los Angeles. What they found was We Rock the Spectrum (WRTS), a gym designed for children of all ages and abilities. Steven says the gym had just what they were looking for. “It really caters to kids on the spectrum and those with other disabilities, and typical kids. It’s a completely inclusive environment.”

The family, which includes five-year-old daughter, Coco, found themselves hanging out at WRTS several times a week. It was an opportunity for all of them to find some much needed recreation in an inclusive environment. Steven says, “Everyone there was so open and accepting. Coco had friends she never really realized were different in any way. All the kids were able to play together.” And then, the COVID19 pandemic happened and brought with it additional challenges for the family. Samantha says, “Remote school was very hard for Nash. Much of the progress he’d made was lost.” So, the couple, who each had a job that could transition to remote work, decided the time had come to leave California. “We had been looking to open a WRTS location in California, but we realized we wanted a better quality of life,” says Steven. “When you have a child on the spectrum, you really have to think about the future.” 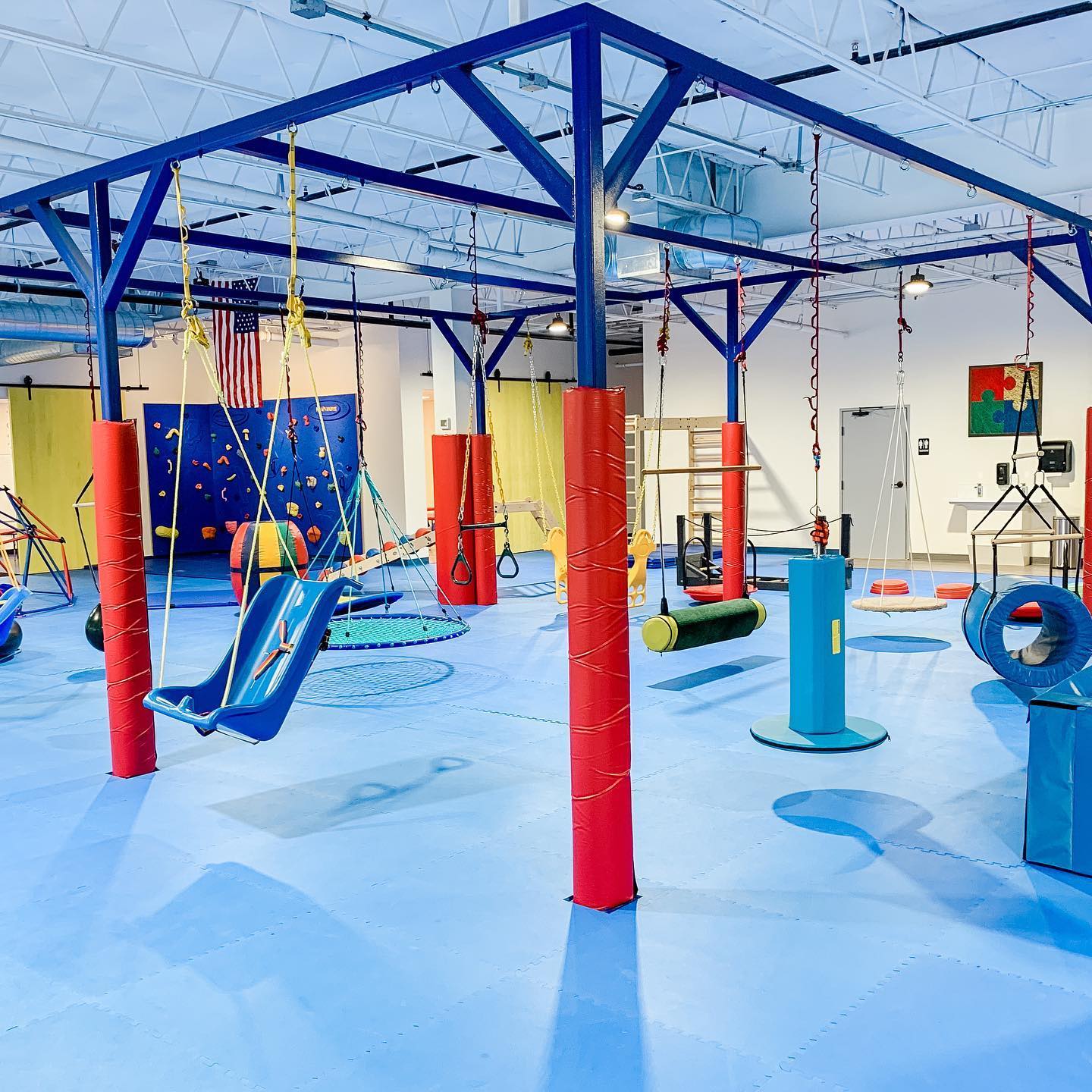 The family eventually settled in Franklin and began looking for a place to realize their dream of owning their own WRTS gym. Their new facility is currently under construction and is set to open on January 29th. The inclusive recreational space has something for everyone, says Steven, “We will have offerings for all ages of kids, up to young adults. Parents of all abilities will also feel welcome.” The jam-packed schedule includes structured classes, open play times, and drop-off service. Their inclusive approach extends to staffing, too. “We are looking for neuro-diverse trainers, trainers on the autism spectrum, really anyone who is qualified, who has the interest.” The Komarnitskys are also partnering with a local ride sharing company that is specifically focused on accessible transportation. “Often the biggest barrier to participation is getting there,” says Steven.

Programs like WRTS can be out of budget for many families. To add to the inclusive philosophy, is My Brother Rocks the Spectrum, a non-profit organization dedicated to providing the WRTS experience and resources to all families. “We want to be a resource for the whole community,” says Steven. For information about We Rock the Spectrum visit www.werockthespectrumfranklintn.com or follow on social media @wrtsfranklintn.