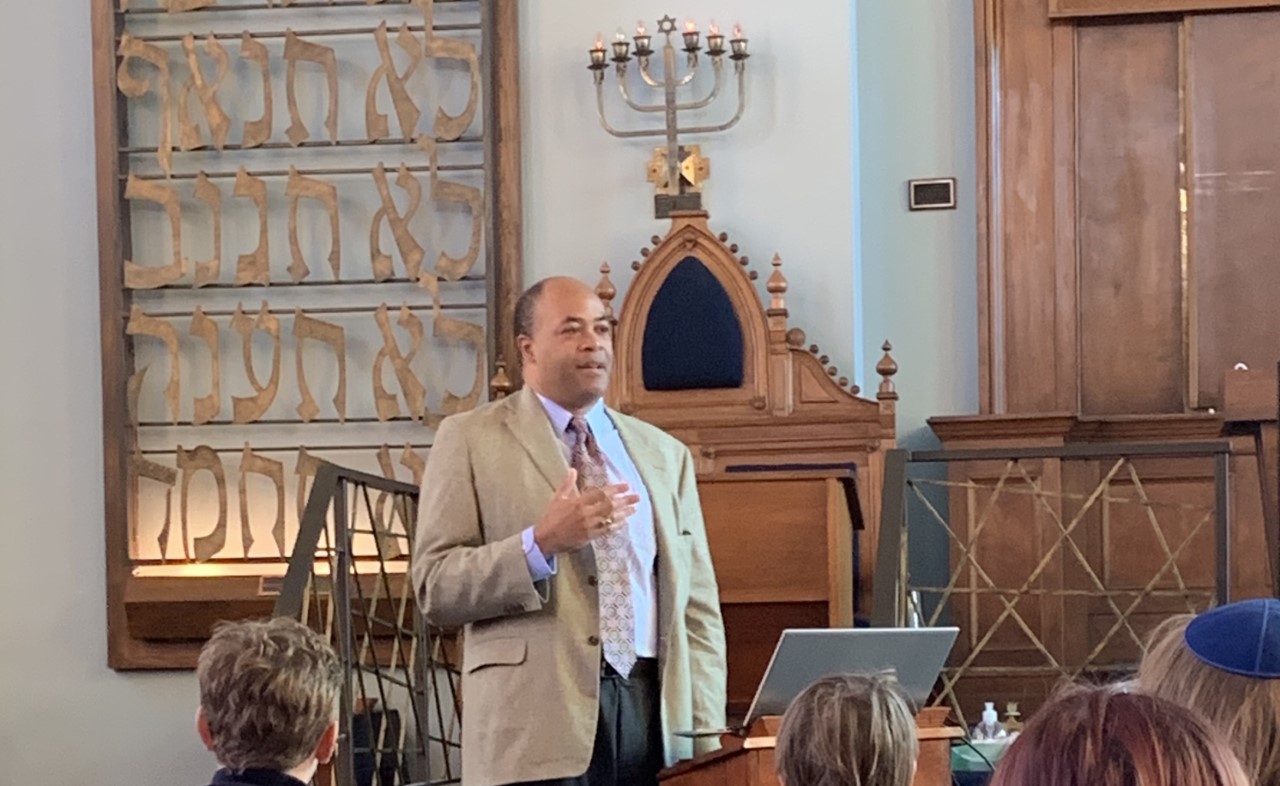 Avi Shuman, an eighth grader at JMS, was surprised to learn about the Nashville Jewish Community’s role in the local Civil Rights Movement, noting that, “It was something I had never been taught or heard mentioned.” Shuman added that, “Although I have never participated in a Civil Rights or Racial Justice protest, I now feel a stronger connection to the issues of civil and racial equality.” 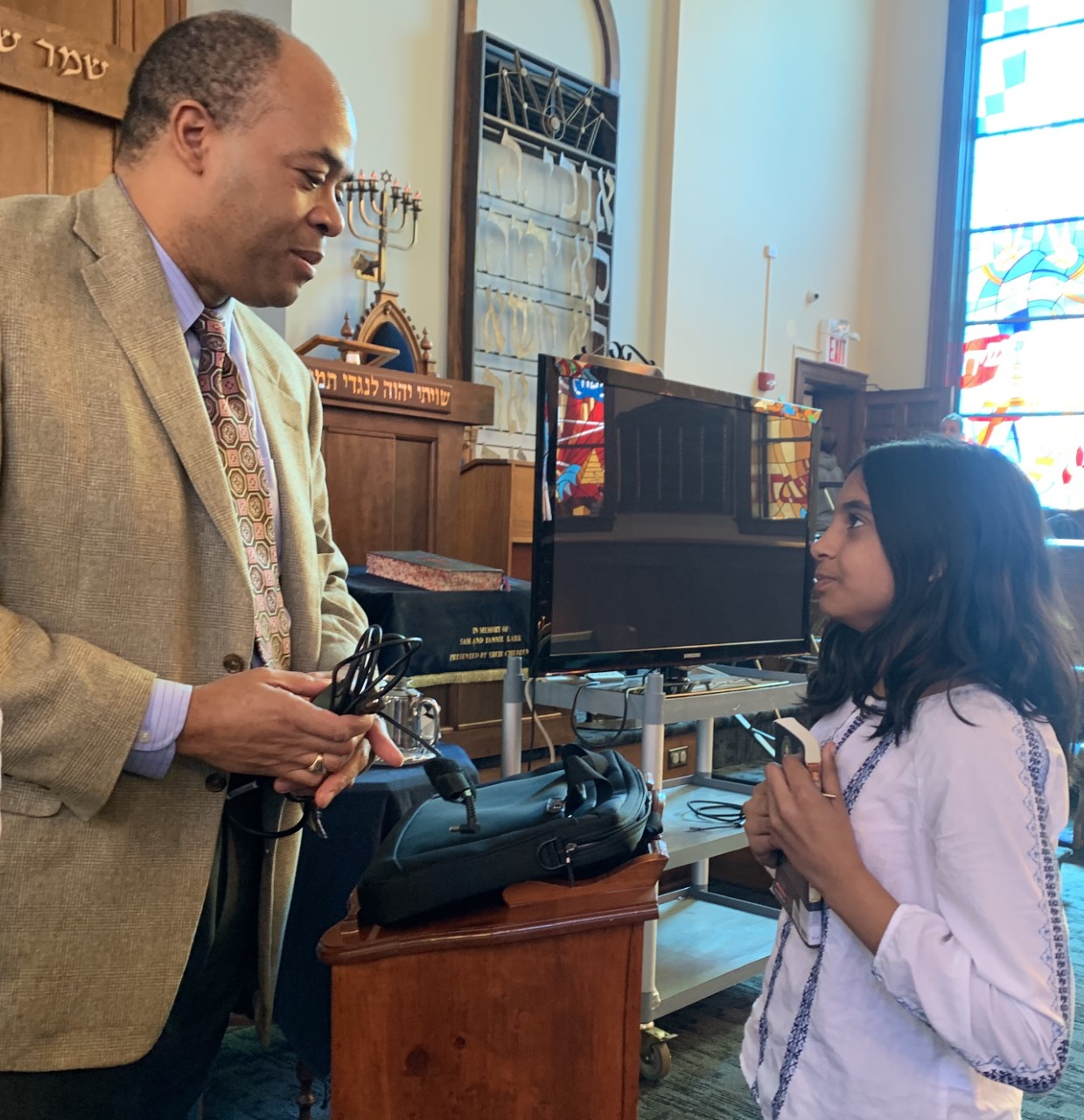 JMS teacher Annette Calloway heard Ewing speak earlier this year and recognizing the depth of his ideas, invited him to visit the Jewish Middle School. “As a Nashville historian, Mr. Ewing wants to keep the story of our history alive, the injustices that happened, and the courage of those who stood up against it,” she says. Ewing emphasized the importance of knowing our history, not just on a global or even local scale, but on a very personal level. Ewing advised students to go home and ask their parents and grandparents to share their stories, and their unique history. He challenged students to think about history as something that is dynamic, living, and very personal.

JMS founder Rabbi Saul Strosberg noted that Ewing inspired students with his commitment to uncovering and sharing local history, “Especially the little, often unknown stories that had such a major impact.” Strosberg added that, “Students left the talk with a better understanding of the ability that young people have to really make a difference.” As Reuben Cloniger, grade 8, poignantly concluded from Ewing’s presentation, “This world can change. It just takes more than one person.” For students, Ewing’s address underscored ideals that JMS fosters every single day; responsibility for community and the development of the skills and knowledge necessary to become impactful civic leaders and changemakers.