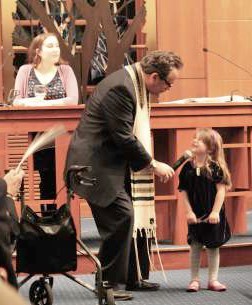 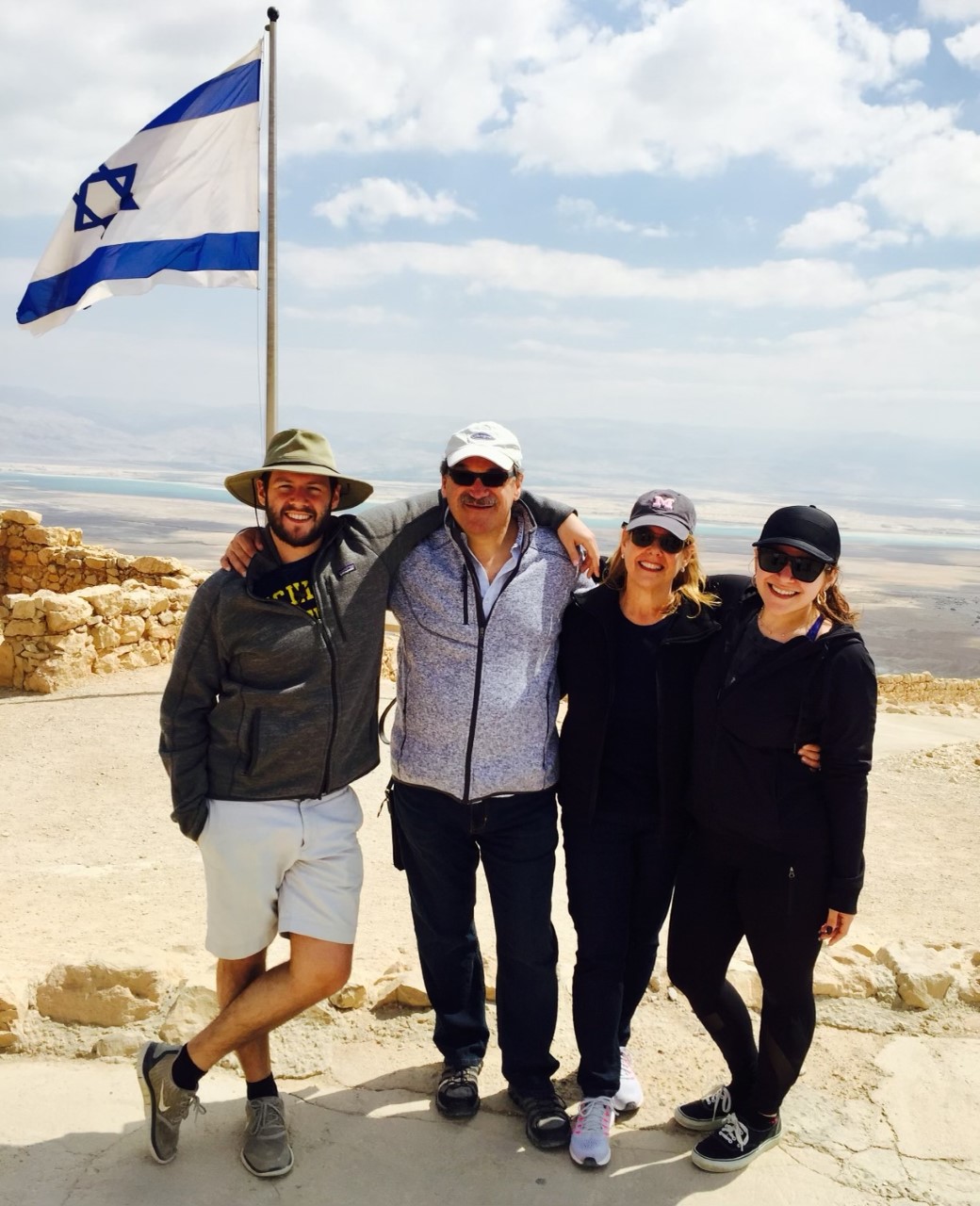 Rabbi Mark Schiftan, The Temple’s senior rabbi, and currently one of the longest serving rabbis in Nashville, is set to retire from his post at the end of the month. His career spans more than three decades, during which time he has been instrumental in the growth of his congregation, as well as being a leader in building bridges between the Jewish community and its non-Jewish neighbors. Temple President Jimmy Marks, says he is happy Schiftan has reached this point, “The clergy’s job is to push us to find the best in ourselves. Rabbi Schiftan has done that, and more, over the years.”

Schiftan views Judaism as a joyous celebration of life, a philosophy he inherited from his parents, both Holocaust survivors, who married in Shanghai after World War II. They eventually settled in San Francisco and worked hard to put the past behind them. “My parents were new Americans who escaped a very dark past,” says Schiftan, “They were very celebratory of the gift of each day.” The family spoke German at home, belonged to a Conservative synagogue, and surrounded themselves with other immigrants. Schiftan says his parents were eager to pick up the pieces of Jewish life, and for them, rabbis and teachers were those role models. But over time, he found himself gravitating toward the more modern Reform movement. “To me it made sense for the American Jewish experience,” he says, “I liked the elegance and decorum of the services, which were mostly in English. I looked around, and people really knew what was being said.” But it was his summers spent at Camp Swig, a URJ camp in the Bay Area, where Judaism came to life for him. “Camp made Judaism meaningful and joyous.” It was also at camp where he met his wife, Harriet.

In addition to finding joy in Judaism, Schiftan says he was heavily influenced by the freedom and excitement of San Francisco. “The Bay Area is an incubator for social activism, for tolerance, for creative freedom,” he says. After completing his rabbinic training at Hebrew Union College, he began his career at San Francisco’s renowned Temple Emanu-El. “It was a dream. It was there I learned the art of delivering a sermon, among many other things.” He says during those years, he also attended many funerals of AIDS patients with whom he’d visited bedside. “It made a big impact on me. People were so far removed from the organized Jewish community. There was a lot of fear. I realized that Reform Judaism can be the vanguard of engaging the community.” From San Francisco, the Schiftans moved to San Jose, where the rabbi took the senior post at another Temple Emanu-El. “That move gave me the opportunity to have an easy transition from my home town, and to gain the experience I needed as a senior rabbi.” 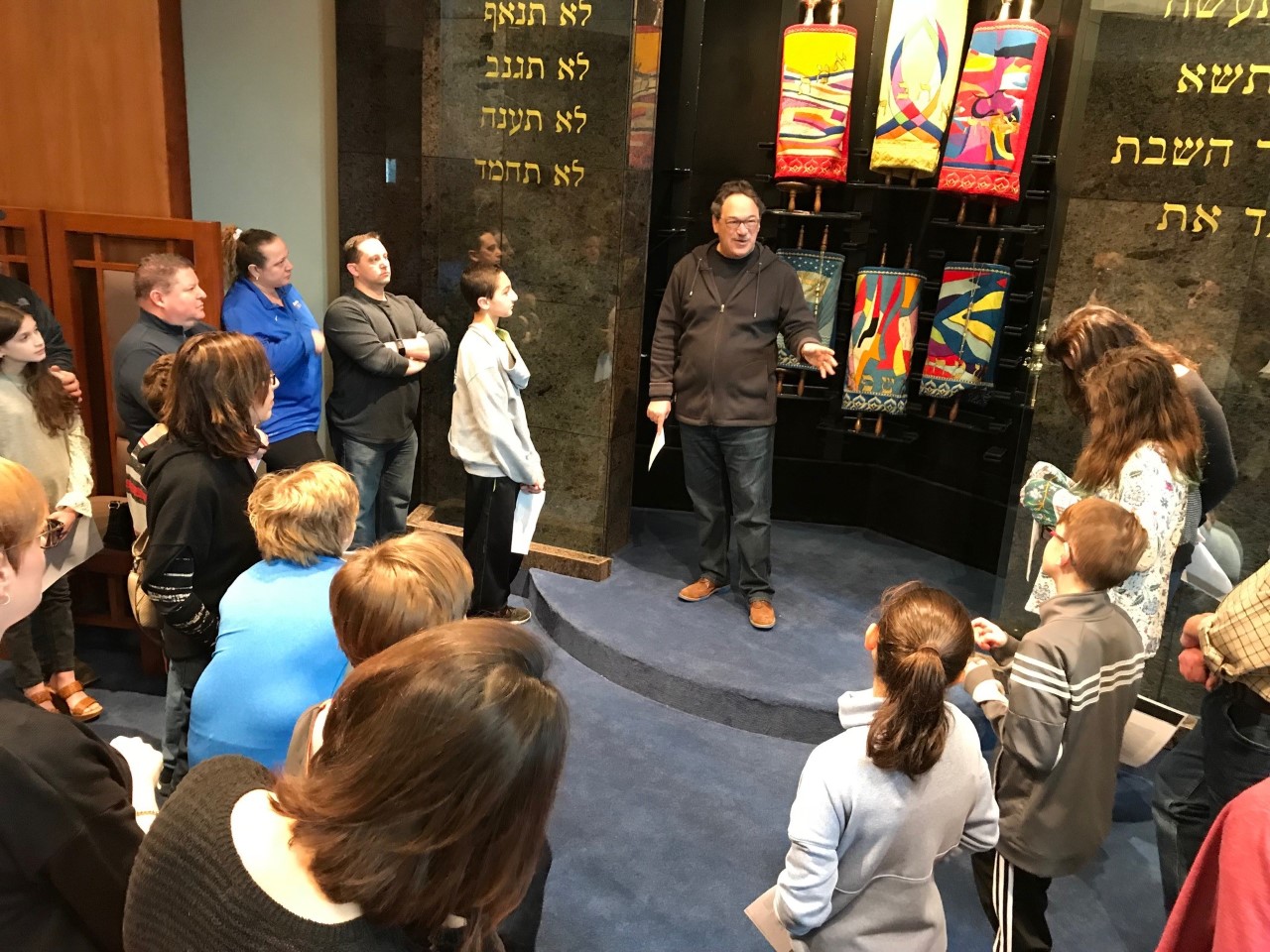 Eventually the position in Nashville at The Temple became available, and he felt called to apply. “I knew that if I was going to be in this career, I wanted to be in a place where religion matters.” At that time, the Schiftans had young children, and Nashville also appealed to them as a place to raise their family. When he arrived, The Temple was recovering from some turbulent times. Past President Irwin Venick was co-Chair of the Search Committee that brought Rabbi Schiftan to The Temple. He says, “There was still some fallout and difficulties around the creation of Congregation Micah. Our major objective was to find someone to heal the community and the congregation and move things forward.” Venick says Schiftan’s first High Holiday sermons were instrumental in doing just that. “He was able to reach out and recognize our concerns and foster an environment in which people could move on.” Venick says Schiftan had a gentle way of raising issues he felt were important. He wanted to move toward inclusivity of Interfaith and Gay marriage. “He engaged with members who were skeptical and talked with them on a personal level. He believes maintaining family relationships is most important.”

Over the years, Schiftan has continued to lean into what he calls, “the Silicon Valley model,” questioning the status quo, pushing the envelope. “My ultimate intent is to make things better for the community. I want to be both the guardian of tradition and an agent of change.” Current Temple President Jimmy Marks says it is this creative spirit that has made the biggest impact. “He is always willing to try different things that bring joy to services, particularly around the holidays.” Marks says he is impressed by the rabbi’s willingness to experiment with technology, particularly during the pandemic.

Perhaps nowhere is this creative energy more evident than in the relationships Schiftan has built, and continues to build on, with the neighboring Belmont University. The last few years, in collaboration with Pastor Jon Roebuck of Belmont, he has helped develop a Judeo-Christian Studies Initiative at the University. The initiative is designed to educate the students about Judaism, to help create a more inclusive atmosphere on campus, and to serve as a model for interfaith relationships that benefit communities. Venick says this effort is part of the traditional approach of Reform Judaism, “It’s important to expand and reach out to other communities. By developing these relationships, we know who our partners and allies are.”

Over the years, both Marks and Venick say Schiftan has continued to make progress on an impressive To-do List. Most notably is the hiring of Rabbi Shana Mackler and Cantor Tracy Fishbein, creating a pre-school, designing a new logo, and shoring up the congregation’s finances. Venick says, “He had a vision and a plan for what the congregation needed to do. And he’s done it.” Still, life can throw curve balls. The Covid19 pandemic required Schiftan to put his personal plans for retirement on hold and help the congregation navigate through the uncertainty. But he says the pandemic’s challenges also presented some gratifying changes, “This turned out to be one of the most innovative, creative, exciting times in my rabbinate. And now it’s been wonderful to bring people back.” Marks says it has been exciting to see the innovations in technology and programming but says the emotional toll on congregants has been tough on the clergy overall. “It’s been an emotional rollercoaster. He’s dealt with the lowest of the lows and the highest of the highs, often on the same day.” 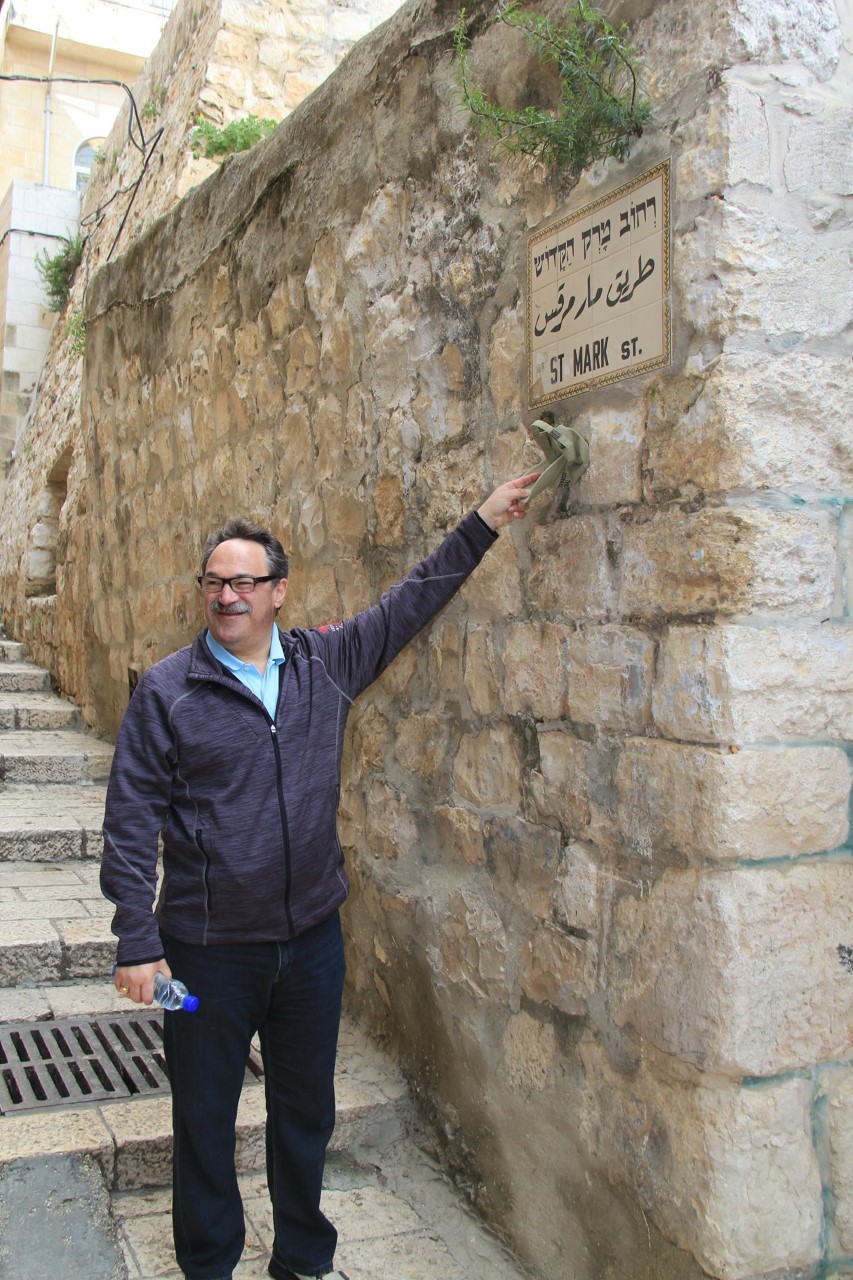 For many congregants, Schiftan’s style has been just what the doctor ordered. Nashville native and longtime Temple congregant Dr. Frank Boehm says, “Rabbi Mark Schiftan is not only our spiritual leader at The Temple, but he is also our friend. Mark has a degree of empathy that is truly remarkable and combined with his sincere desire to listen, understand, and hear what his congregants are saying have made him a beloved Rabbi. Mark’s ability to make religious and life cycle events special and meaningful is truly a wonderful thing to witness. He wraps his arms and heart around each event and each participant and brings God with him into the room.” Still, as in any high-profile job, rabbis have both fans and critics. Schiftan says he is proud of the work he has done and pleased to leave the congregation in new hands. “It’s been a joy and we are hitting on all cylinders. It will be fantastic to watch from the sidelines. The job now requires someone with a whole new skill set.” But still there are those who say he is overly focused on The Temple’s interests and lacks an inclusive approach to the local Jewish community. “I am unapologetic that my bias is to this institution and it’s qualitative edge,” he says.

Schiftan and his wife are entering a new phase in their lives. They will remain in Nashville and look forward to welcoming back their son and his family, which includes their first grandchild. It is clear Schiftan has some new projects brewing, but that is a conversation for another day. In this moment, he is looking forward to a little more sleep on the weekends, some quiet walks with friends, and some well-deserved peace. “I’ve had a really wonderful run here. It has been one of the most meaningful, thrilling, satisfying careers.”

“Rabbi Mark Schiftan has much more to do and say to make this a better world, despite stepping down as Senior Rabbi. We should all be thankful for that.” Dr. Frank Boehm