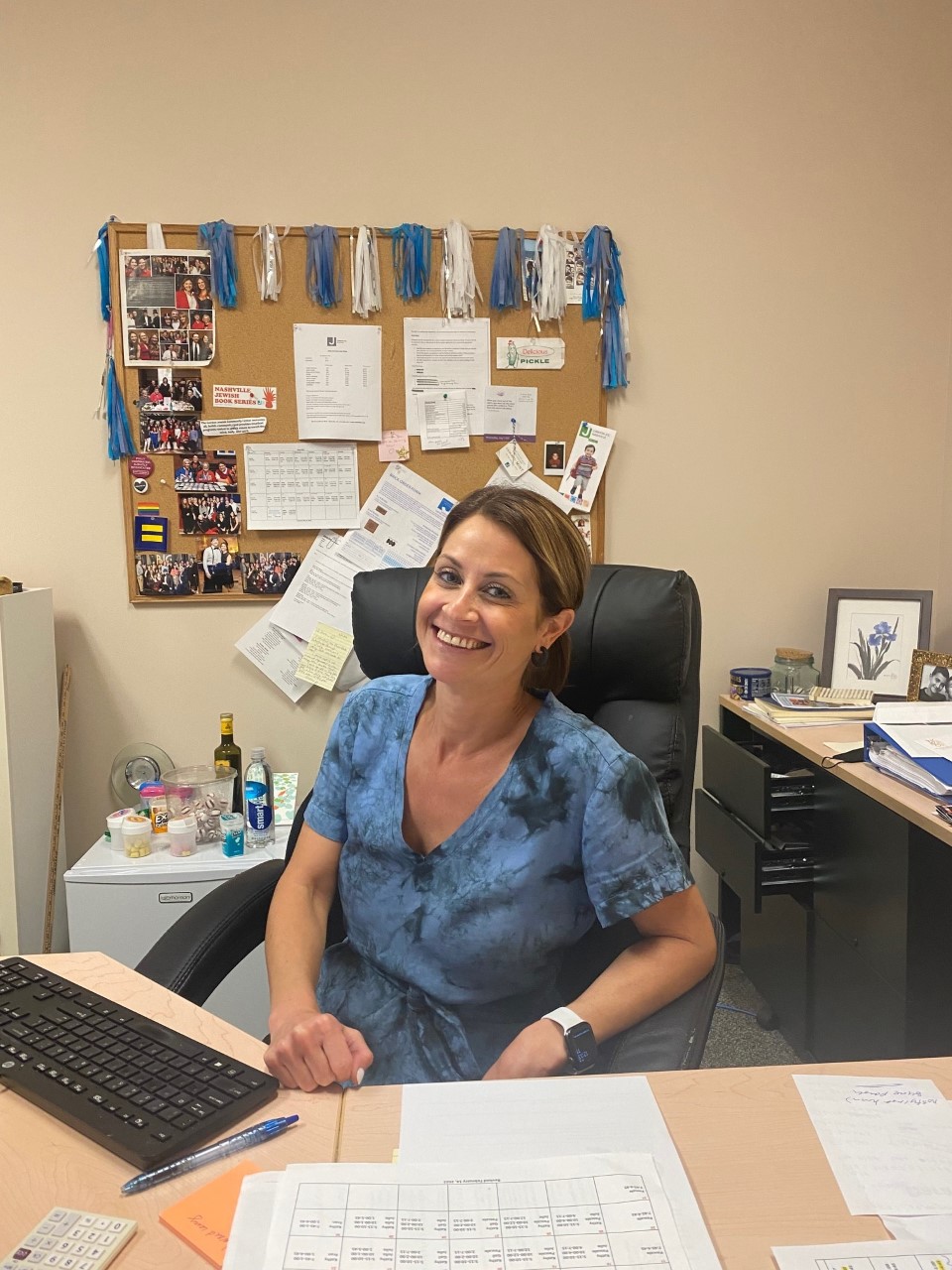 Gordon JCC Membership and Development Director, Dara Freiberg to step down, spend time with her family

The Gordon JCC is saying goodbye to Dara Freiberg, its Membership and Development Director for the past 7 years, as she leaves the J to spend more time with her family. “Dara is loved by our members and staff alike, and she will be missed by so many of us. I personally have loved working with her and I’m so happy that she will continue to be involved at the JCC,” remarked Leslie Sax, Executive Director.

Under Dara’s tenure, the Gordon JCC established its Annual Fund, to supplement the annual fundraiser, Big Night Out, which raises over $100,000 each year to support the JCC’s activities. In addition, Dara was instrumental in helping the JCC surpass its Capital Campaign goal of $6.5 million, which has given us so many renovations and upgrades. And, of course, we can’t forget seven Big Night Outs, including one Big Night “In” in 2021, that brought Second City, a hypnotist, a comedian, the Roaring 20’s, and the Olympics to the Gordon JCC.

But these good-byes are not for long! Dara will be rejoining the Gordon JCC Board as Vice-President, filling a space left vacant after Sara Melamed moved to Denver. “While these circumstances weren’t planned, we couldn’t be more excited to welcome Dara to this new leadership role. Her commitment to the JCC is unwavering and we are excited to have her on our Board as an Officer,” said Cindee Gold, President of the Gordon JCC Board.

Dara will be officially installed at the 119th Gordon JCC Annual Meeting on Sunday, June 12th at 10:30 AM along with her fellow Officers:

In addition to the Board elections and installations, the Kehillah Award will be presented to a deserving Jewish high school Senior.

The Annual Meeting is open to the public and will be followed by a light brunch.