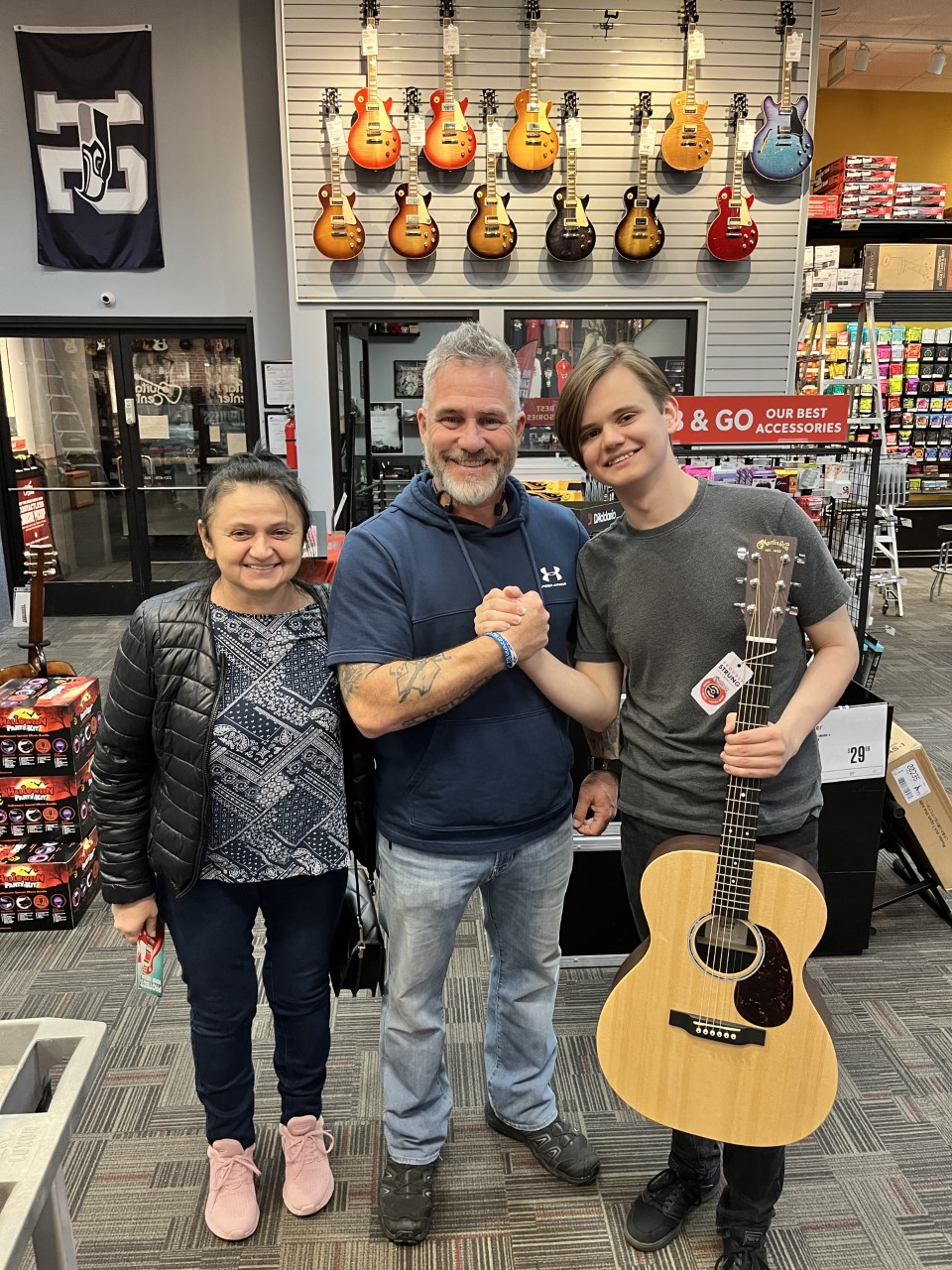 Dov Gelman never pictured himself helping Ukrainian refugees in Poland. He hated “everything” about Ukraine since all but one of his relatives were killed in the Holocaust in 1941. But Gelman pushed personal biases aside after the Russian invasion of Ukraine displaced millions of women and children.

Gelman, a veteran of the Israeli Border Police living in Nashville, got involved with Aerial Recovery, a nonprofit disaster relief organization, to help rescue women and children from eastern Ukraine early on in the invasion. The CEO of a group that develops educational programs for low-income children in Jerusalem, Gelman knew he was qualified for this mission. “I’m really good with kids,” he said. “Language is never an issue. And I’m great in crisis; I just feel really calm.”

Gelman ordered medical supplies in preparation: trauma care kits, insulin, IV starter kits, tourniquets and chest seal kits, and delivered them to the Aerial Recovery team, who brought the supplies to Ukraine. In late March, Gelman took off to a safe house in south Poland, where he met a medical doctor who had flown in from Hawaii and the owner of the Airbnb, a 23-year-old woman identified as “Maria.”

“We’re just sitting there, and I’m like, ‘Maria, what can we do for the next 48 hours?’” Gelman said. Maria suggested he visit the impromptu refugee homes in south Poland, run by local Polish charities — in February, Airbnb announced that their company would offer free, temporary housing to up to 100,000 refugees fleeing Ukraine.

At one Airbnb, the doctor performed basic checkups on each of the mothers and their children. A few school-aged boys started a game of soccer in the backyard, and Gelman passed out candy to the children.

It was then that he met Edward Yasko, a refugee with whom he would form a lasting bond. “He’s a really quiet, tall young man,” Gelman said. “At that time, he was 17 years old.”

Gelman sat down with the teen, who shared his story of fleeing his native eastern Ukraine. Yasko, having taken 11 years of English classes at school, was the only refugee in the house who spoke the language. He said he and his family sold some of their possessions to neighbors before leaving for Kyiv to stay with cousins. “It was really easy to speak with him,” Yasko said of Gelman.

Shortly after, the war began pushing west, prompting Yasko’s mother to find a bus heading toward the Polish border. Yasko, his mother and his 14-year-old brother endured long delays waiting to cross the border with the clothes on their backs and a few suitcases. He and his family arrived in Poland on March 17. As Gelman listened to the teen’s story, he was struck by the enormity of the situation.

“I’m in a house with six families, a horde of children, not a father in sight,” Gelman said, adding that most Ukrainian men were restricted from leaving the country. “I feel the weight of the ruthlessness. The weight of … his trauma, even though he hid it well.”

Yasko told Gelman that he loved playing guitar, but had to leave his instrument with a friend back in eastern Ukraine. He showed Gelman video of him playing his guitar. At this point, Gelman said he heard the doctor’s footsteps coming down the stairs with Maria. He knew it was time to move on to the next safe house. “Eddie, let’s stay in touch,” Gelman recalled telling the teen, before hugging him goodbye. “When you get to America, please allow me to buy you a guitar.”

Yasko and his family moved to stay with a cousin near Seattle six months after first meeting Gelman. Gelman said he reminded Yasko about the guitar and asked the teen to keep him updated. Weeks later, Gelman received an Instagram message from Yasko that he and his family had moved into an apartment in Seattle. He had enrolled in high school and tested well, Gelman said.

Having lived in Ukraine all his life, America had been a distant paradise for the teen. “We waited since 2018; a long, long time,” Yasko said. “It was my dream to come here, so I am glad to be here.” He added that he has always appreciated American culture, and that the States are better for him as a musician.

With no musical background, Gelman said he was unsure of what guitar would be the best fit for the teen. He had asked Yasko to send him photos of the guitar he wanted. Gelman showed one such picture to the cantor at his synagogue, an accomplished guitarist, and asked for his opinion. “Dude, that is a basic beginner’s guitar [worth] $150,” the cantor told him. Gelman knew Yasko wanted an acoustic that could plug into an amplifier, so his cantor recommended some higher-end options — Gelman said he had between $500 and $700 left over from funds raised for his first Ukraine trip.

The gift of music and friendship 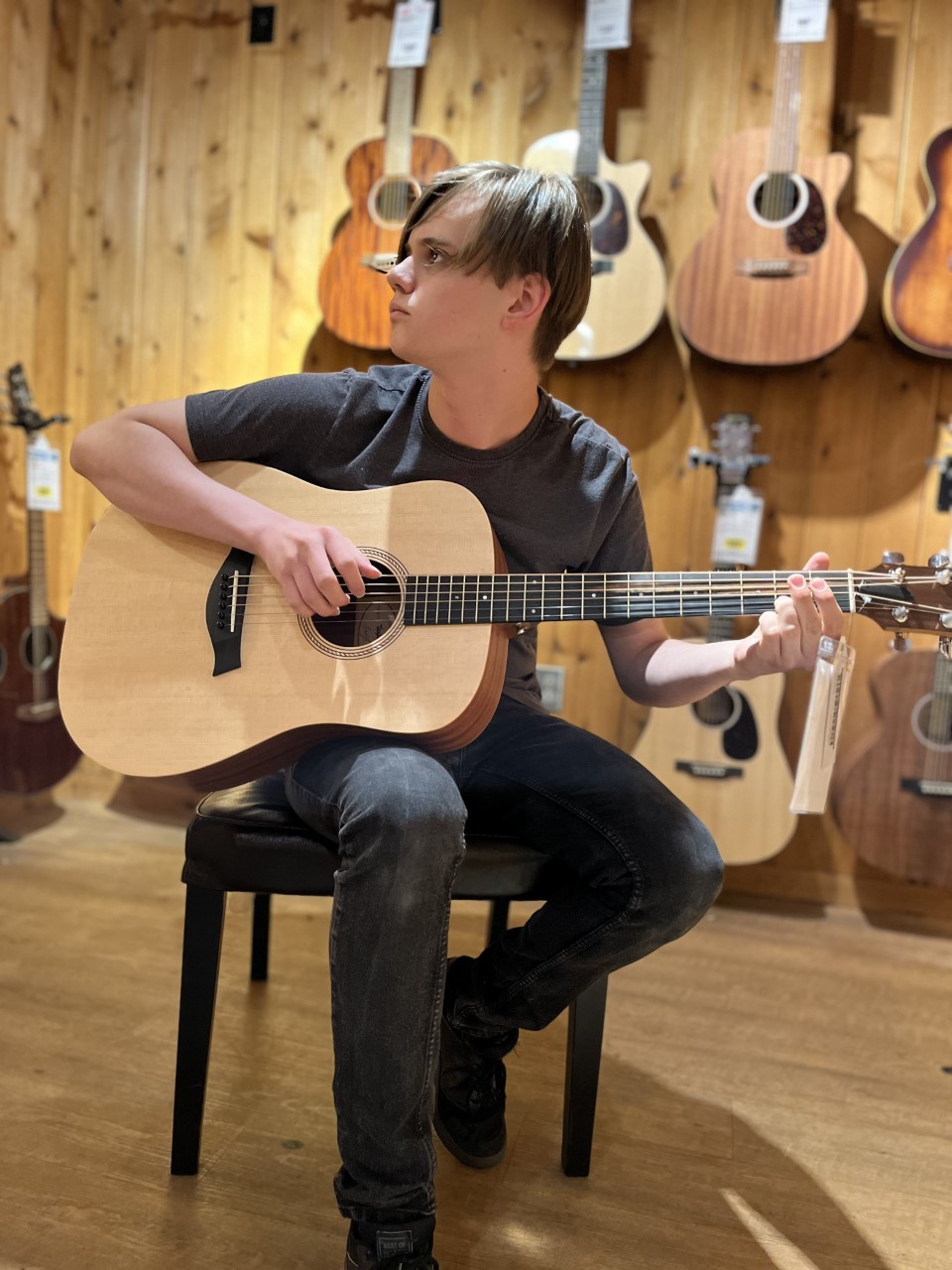 Much to Yasko’s surprise, Gelman followed through with his promise. He gave Yasko and his mom, Ludmila, an arrival date and flew out to Seattle with his wife. Gelman drove Yasko and Ludmila to the Guitar Center in Tacoma, arriving around 8pm. After hearing Gelman explain Yasko’s story, an employee, John, was enthusiastic to help.

Yasko tested out different guitars for nearly an hour, plugging each one into the amp and strumming to his heart’s content, a smile on his face. He had taken a guitar class back in Ukrainian school for a year, but was mostly self-taught. “I haven’t played a guitar since Putin invaded my country over seven months ago,” he told Gelman.

Listening to him play, Gelman said he was impressed with the teen’s raw talent. “I’m thinking to myself, What if this dude’s a prodigy? Like how cool would that be?” Gelman said. “I got to give a prodigy his first guitar.”

After playing classics by Jimmy Page, Guns N’ Roses and Led Zeppelin, the young rock music fan decided on a Taylor acoustic guitar. The Guitar Center employee, compelled by Yasko’s story, donated a guitar case and gave Gelman a discount on strings, a strap and some other accessories. Ludmila, Yasko’s mother, was overjoyed throughout the process. “She’s just … all smiles and doesn’t speak a lick of English,” Gelman said. “She would just ramble at me in Ukrainian and I just waited for the translation. She was very excited, very grateful, because she knows how well her son loves guitar and loves music.”

Gelman and his wife took Yasko and Ludmila to Applebee’s, where Gelman encouraged the teen to order the most expensive steak on the menu.

Gelman got the sense that the teen was not used to others keeping their promises, given that Yasko’s father had left the family years ago. Gelman, who also grew up without a father, used this shared experience to strengthen their bond. “My dad died when I was two,” Gelman said. “So I think we connected on that piece. I said, ‘Listen, man, I’m glad to hopefully restore a little hope that people still do keep their promises.’ It was small, in some sense, … but it was just a human connection.”

After dinner, Gelman, Yasko and Ludmila shared a hug. Yasko thanked Gelman for keeping his promise from months before; he said receiving the guitar was “unbelievable,” especially from someone he had only met for one day.

Yasko and Gelman still keep in touch over Instagram direct messages. Yasko, now 18, attends school in Seattle — which he said he enjoys more than Ukrainian school — and spends his free time practicing guitar every day and helping translate English to Ukrainian for his mom. He likes taking walks outside, playing volleyball and video games and, of course, music. He said he hopes to be a guitar teacher one day.

“I loved music since I was [a] child,” Yasko said. “I was always dreaming of making music.”