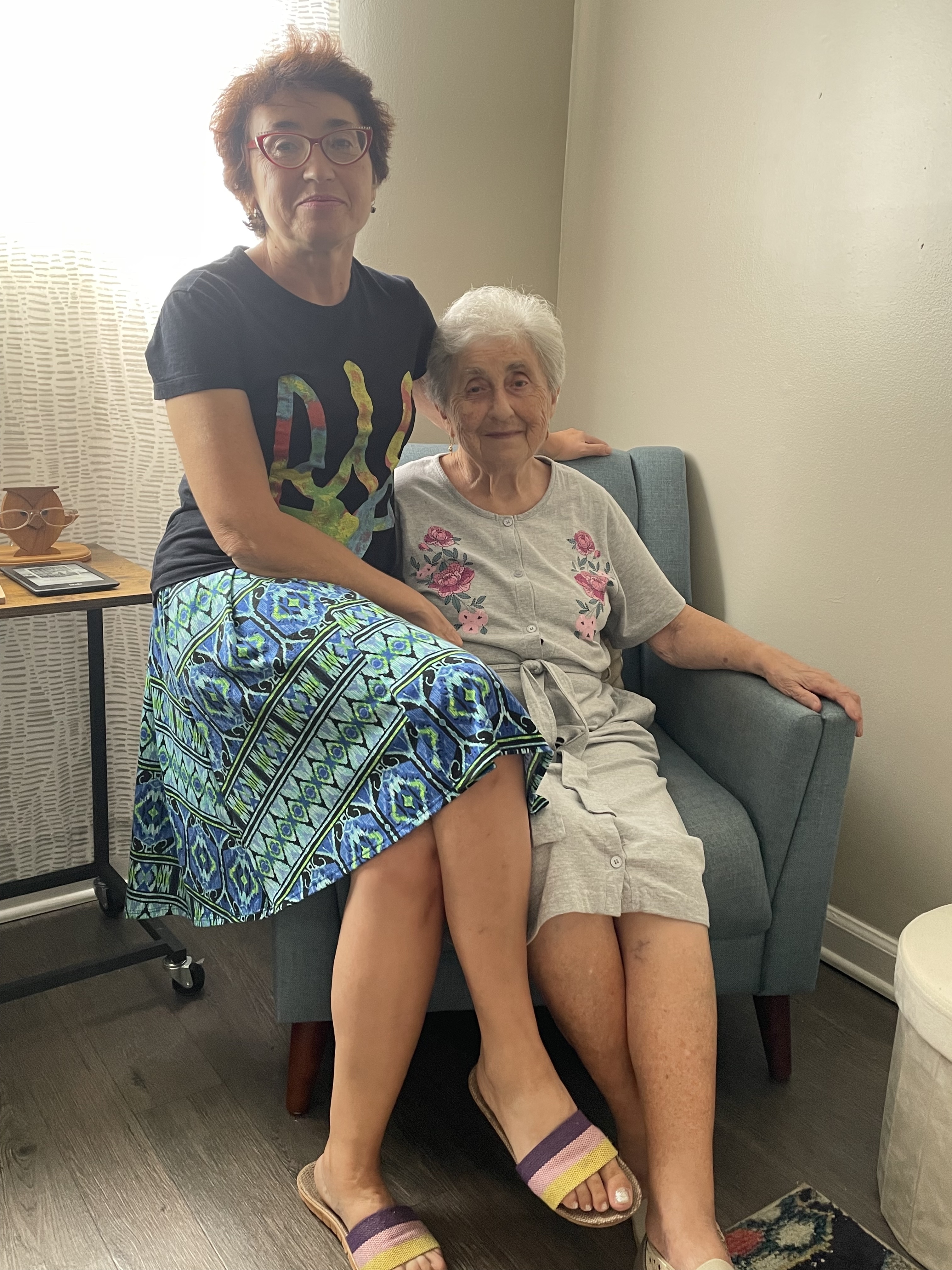 Inna Shulkina and her mother, Lilya Krasnopolska fled Ukraine and came to Nashville to be with Inna’s daughter

Inna Shulkina flew across the North Atlantic Ocean to live with her daughter in Nashville, knowing no one there aside from her daughter and son-in-law. She was one of the seven million people displaced from Ukraine due to the Russian invasion.

Shulkina, a native of eastern Ukraine, initially fled to western Ukraine with her mother at the start of the war in February. “Once the war started, the first week, we could not believe that it was serious, that it was really dangerous and life-threatening, but after we had to sleep on the floor and heard bomb explosions, houses were ruined,” Shulkina said. “We had to leave.”

Fleeing the country was “especially painful” for her mother, Lilya Krasnopolska, she said. Shulkina’s mother is a Holocaust survivor who was four years old when she, her mother and two siblings fled Nazi Germany to Kyrgyzstan during World War II. “Her family and her neighbors were able to jump onto the last train leaving Ukraine because I don’t think either of them — just like here — I don't think people understand the severity of the situation unless it's pressing,” said Alisa Kaiser, Krasnopolska’s granddaughter and Shulkina’s daughter. “It’s mind-blowing that all of this was happening so many years ago and it’s happening again.”

Shulkina is from Kostyantynivka, a small town in eastern Ukraine where she said everyone knows everyone. Bordering on Slovakia, western Ukraine was said to be “quieter,” farther from the turmoil. Shulkina said she and her mother took a train to western Ukraine and stayed there for a week. They planned to stay longer, but lack of available housing pushed the two to Israel, where Shulkina’s cousin lives.

“It was challenging to stay in Israel,” Shulkina said of her temporary stay in March. “The relatives wanted us to stay there. They thought our place was in Israel, but I didn’t feel that it was my place. Point number one: I don’t speak Hebrew. Point number two is that I don’t feel myself in Israel.”

Traveling to the States was not yet an option at the time, as President Biden’s Uniting for Ukraine — which provides a pathway for Ukrainian citizens and their immediate family members to come to the U.S. for two years — was not launched until April 21. 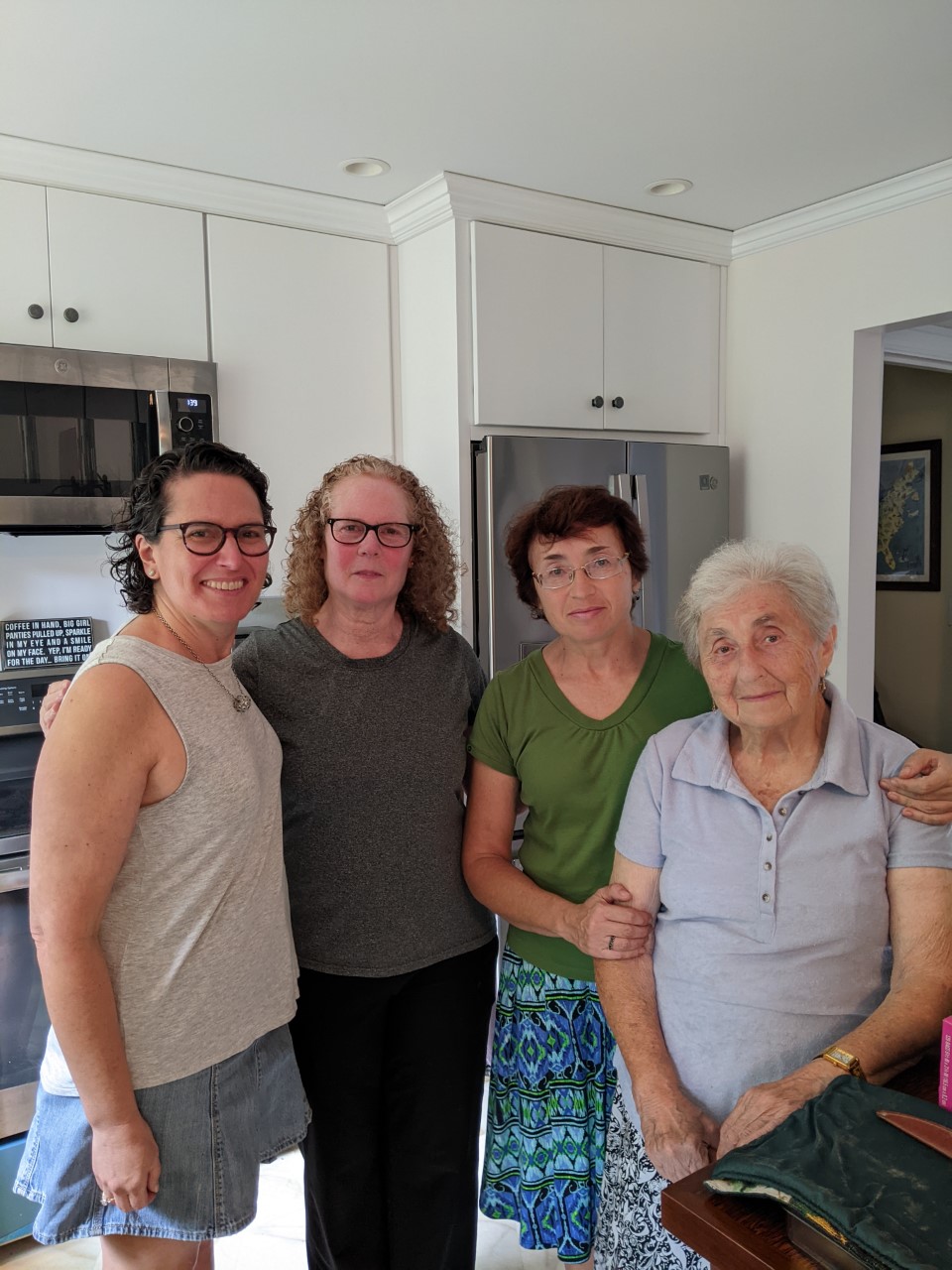 Starting a new life in Nashville

On June 13, the two flew to Nashville, where Shulkina’s daughter, Kaiser, has lived for the past eight years. Shulkina had visited the U.S. five years ago, but said it was completely different now. “I’m here in the status of a refugee,” Shulkina said. “It’s absolutely different: everything looks different, smells different.”

When Pam Kelner, executive director of Jewish Family Service of Nashville, sent out an email detailing Shulkina’s story, “so many people” came forward with donations. This support covered Shulkina’s first six months of rent for her apartment, located down the street from Kaiser and her husband.

Rabbi Shana Goldstein-Mackler of The Temple also helped Shulkina settle into her new home. When Barbara Levy-Zander, a congregant at The Temple, suddenly passed away, Mackler arranged for some of Levy-Zander’s possessions to be donated to Shulkina and her mother.

“Barbara’s whole heart was in helping people,” Mackler said. “We knew she would want her belongings to go to people in need.”

Kaiser, Shulkina’s daughter, said she appreciates the support her family received from the Jewish community in Nashville. “I am forever grateful,” Kaiser said. “I don’t know if I’ll ever be able to find words to describe how grateful I am to this community.”

The journey there, Shulkina said, was far from easy. The uncertainty proved challenging to Shulkina, who is accustomed to consistency — she has worked as an English teacher at the same school for over three decades.

“Since the war started February 24, 300 times a day, I keep asking myself one question: What's next?” Shulkina said. “Nobody knows what's next.”

She said family is what ultimately brought her to Nashville, otherwise a foreign place. “It didn’t make any sense [to stay in Israel] because my daughter is here in the States,” Shulkina said. “I wanted to be with my daughter.”

Kaiser, who considers Shulkina her “best friend for the majority of her life,” said living so close to her mother and grandmother is a blessing. Kaiser said she is grateful to spend time with her mother in person every day now, instead of the weekly Skype calls of the past eight years, but the first few days were confusing and uncertain.

“Looking back, … I have no idea how either of us survived,” Kaiser said, adding that her husband, Andrew, helped her determine the next steps. “But as a human, you kind of just move along and take one step at a time.

Shulkina has settled into life in Nashville, where she said the weather is warmer than back home in Ukraine. She still teaches English and English as a second language online to Ukrainian students in grades one through twelve. Shulkina said her students are spread throughout Europe, as the school buildings in Ukraine are either closed or ruined. She begins teaching at 5:30 every morning due to the time difference.“I can’t imagine doing anything else,” Shulkina said, adding that she forgets she is across the ocean while interacting with students in the virtual classroom.

She hopes to secure a more permanent job in Nashville, perhaps teaching, but is open to other work opportunities, Shulkina said. She received her work authorization Oct. 24, according to Toni Jacobsen, a social worker for JFS.

“Inna … is so excited to begin working,” Jacobsen said. “She has a long history of working with children as a teacher.”

In June 2024, Shulkina and her mother will have been in the U.S. for two years. At that time, she will likely return to Ukraine. At the same time, the war continues; Shulkina’s hometown of Kostyantynivka was shelled at the time of her initial interview with The Jewish Observer Nashville.

“Nobody knows what will happen tomorrow,” Shulkina said. “Absolutely nobody. And, you know, my heart is still back home.”

Zoe Bell is a junior majoring in Journalism at American University in Washington DC. She is an intern for The Jewish Observer and will be reporting stories and assisting in the editorial office. She can be reached at zoe@jewishnashville.org