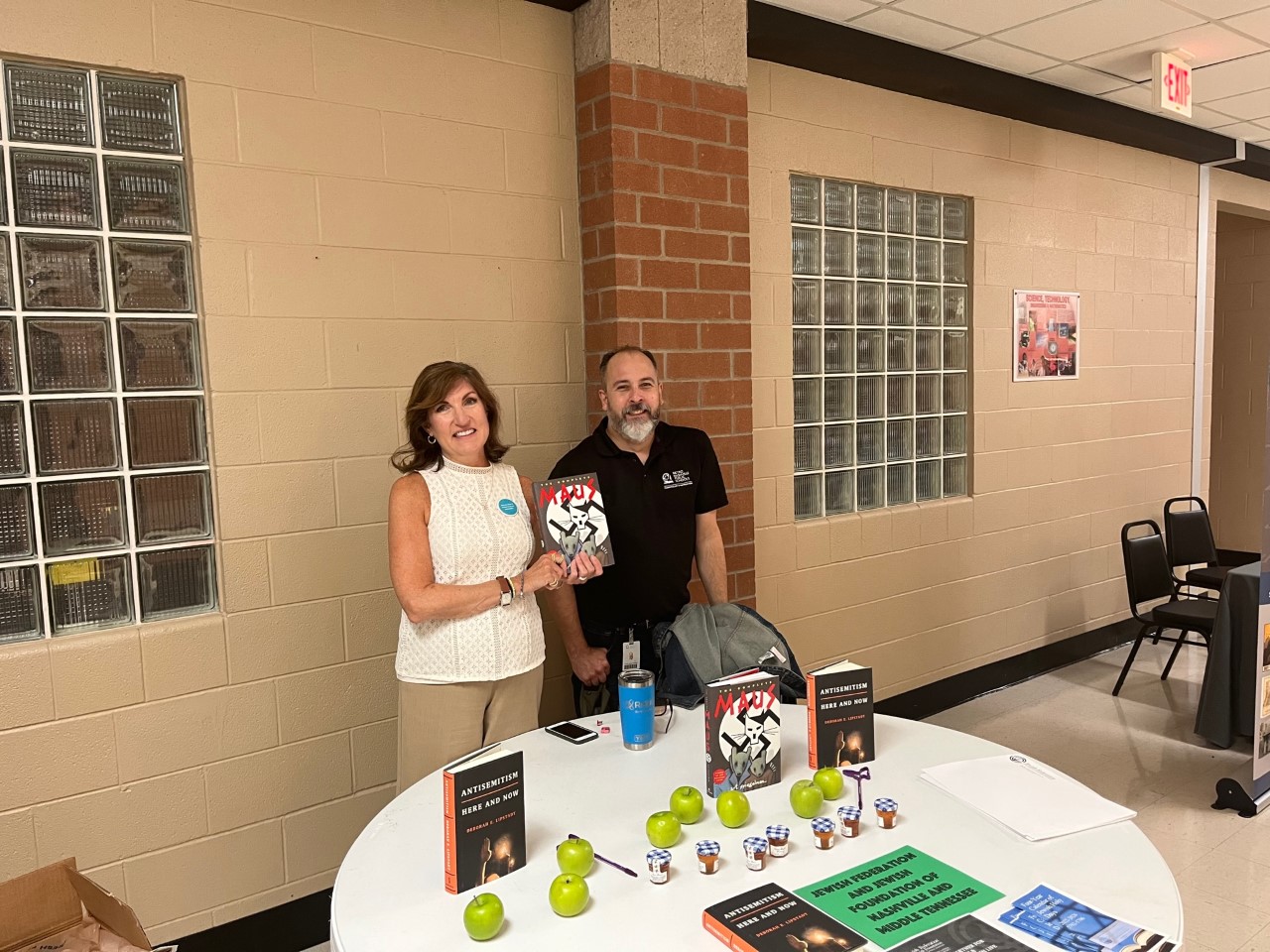 The new school year is now well underway, and as part of the annual preparation, Metro Nashville Public Schools reached out to the Jewish Federation and Jewish Foundation of Nashville and Middle Tennessee to provide education and resources to the district’s high school teachers. Deborah Oleshansky, Federation Director of the Jewish Community Relations Committee, and Adam Bronstone, Federation Director of Planning and Israel Partnerships, provided a hands-on, experiential program to help Metro teachers learn about how the local Jewish community is impacted by antisemitism. “It was the first time anyone from the Jewish community presented to the teachers in person,” says Oleshansky, “They were very interested and engaged.”

The program, directed at social studies teachers, provided insights into modern day antisemitism and the connection to antisemitism throughout generations. According to Kyle Alexander, District Lead Coach for Social Studies for MNPS, the presentation provided valuable insights and created important connections between the teachers and the Jewish community. “In a state like Tennessee where people have specific ideas about what should and should not be taught, it is important to have organizations like The Federation come in and put a face on the types of things reported in the news.”

Using antisemitic images and phrases, the teachers were asked to create a timeline of its development. According to Oleshansky, that was no small task. “They all found it to be a hard exercise,” she says, “But we deliberately wanted it to be a bit tough so they could be thoughtful and focused.” She says the participants were surprised and saddened to learn that antisemitism and antisemitic themes remain the same today as they did one or two centuries ago.

Following the formal presentation, Oleshansky and Bronstone manned a table and provided samples of apples and honey, and copies of Art Spiegelman’s book, Maus. They also had the opportunity to speak with teachers about the local Jewish community. “There were a number of Jewish teachers we met who did not know we had such an active, engaged community,” says Oleshansky. There were several teachers who are new to Nashville, and they were referred to the Federation’s newcomers and young adult programming staff. And, according to Alexander, the program also helped rebuild some relationships. “The district had partnerships in the past with organizations like the Tennessee Holocaust Commission and the Federation, but those had fallen off. This really helped us reconnect.” Oleshansky says there will be another in-service presentation in October highlighting the Butterfly Project being created at the Tennessee Holocaust Memorial.