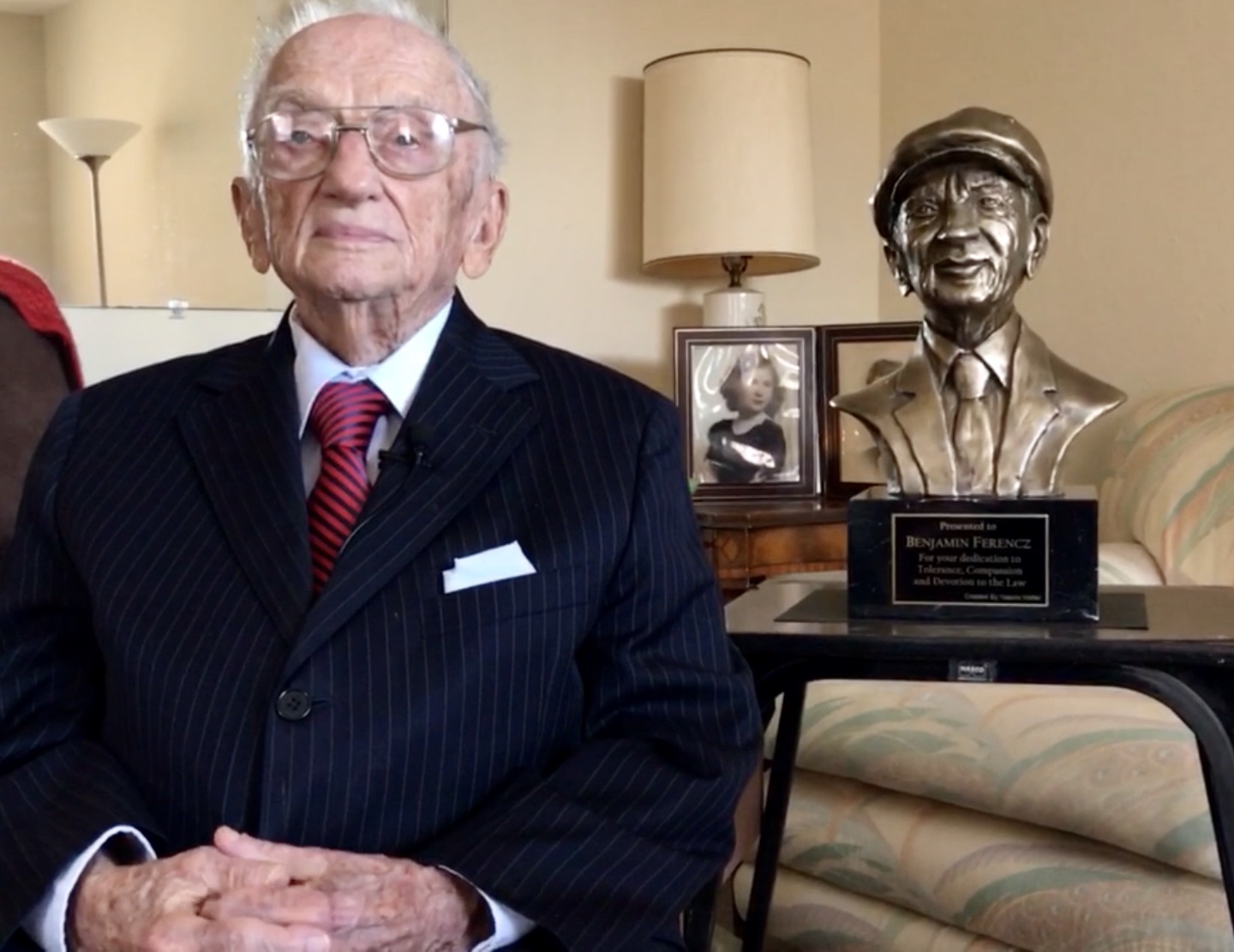 Benjamin Ferencz, 102, chief prosecutor of the Nuremberg Trials, will speak about his experiences on April 26th.

As the world continues to battle injustice, it’s more urgent now than ever to look to history and learn from those who have lived through past atrocities. Tennesseans and audiences across the country will have the unique opportunity to hear from 102-year-old Benjamin B. Ferencz as he recounts his experience during World War II, the Holocaust and the Nuremberg Trials.  Ferencz is partnering with Chabad of Nashville to share his story on April 26, at 7:00 PM CST at Congregation Micah in Brentwood, Tennessee. The hybrid event will include a live screening with Ferencz, as he shares his story and experiences during the Nuremberg Trials, followed by a Q&A period. Attendees will also have a chance to speak with Holocaust survivors in attendance and learn more about their stories.

“Ferencz reminds us that we all have a responsibility to take a stand against injustice today,” said Rabbi Yitzchok Tiechtel with Chabad of Nashville. “His story is powerful and moving, and I’m confident that every attendee, whether virtual or in-person, will be inspired by his message to live more purposefully and intentionally.”

Born in Transylvania in 1920, Ferencz and his family moved to the United States when he was just ten months old. From a young age, Ferencz felt a deep yearning for world peace, developing a fascination with international law. After graduating from Harvard Law School in 1943, Ferencz enlisted in an anti-aircraft artillery battalion, where he fought in most of the major European campaigns during World War II, including D-Day, and helped uncover several Nazi atrocities.

Shortly after returning from war, Ferencz was transferred to the new War Crimes Branch of the Army and was recruited to serve as a prosecutor of the Nuremberg war crimes trials. As a 27-year-old prosecutor working his first courtroom case, Ferencz was able to convict twenty-two defendants for murdering over a million people in what has become known as “the biggest murder trial in history.”

“The Nuremberg trials showed me that creating a peaceful world takes time and resilience. If we fail to stand for justice and work to establish peace, it will be far too easy to repeat the mistakes of the past,” said Ferencz. “While peace does not come easy, it is always worth fighting for.”

Ferencz currently lives in Florida and has four grown children with his wife, Gertrude, who passed in 2019. He continues to write and share his story internationally and advocate for peaceful global relations.

Tickets to “An Evening with Benjamin Ferencz” are available at www.benferencz.com, or by calling 615-646-5750. All ages are welcome, and proceeds benefit Chabad of Nashville. General admission tickets start at $15 for virtual and $25 for in-person attendees. Student tickets are available for $10 with an access code. The zoom link will be provided to ticket holders the prior to the event.