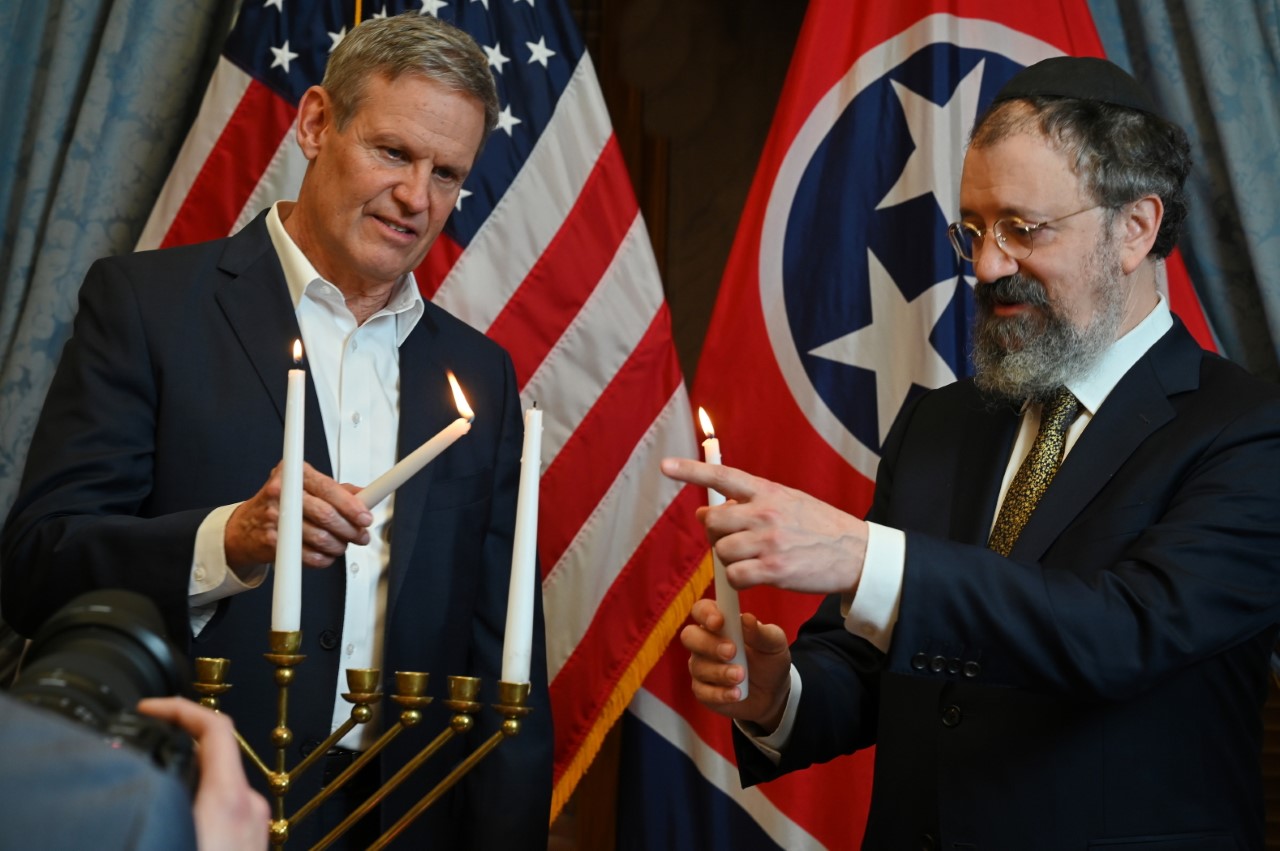 Tennessee Governor Bill Lee hosted a Chanukah celebration for his staff at the State Capitol together with Rabbi Yitzchok Tiechtel from Chabad of Nashville. Governor Lee spoke about the power of light within each person and his friendship with the Jewish community. Rabbi Tiechtel presented Governor Lee with an LED Menorah and spoke about the role of each person to contribute to the world, and the impact we can have by making this world a better place, filled with the light of G-d. Many of the staff members experienced Chanukah for their very first time, and enjoyed the event greatly, and all went home with Chanukah donuts and treats. 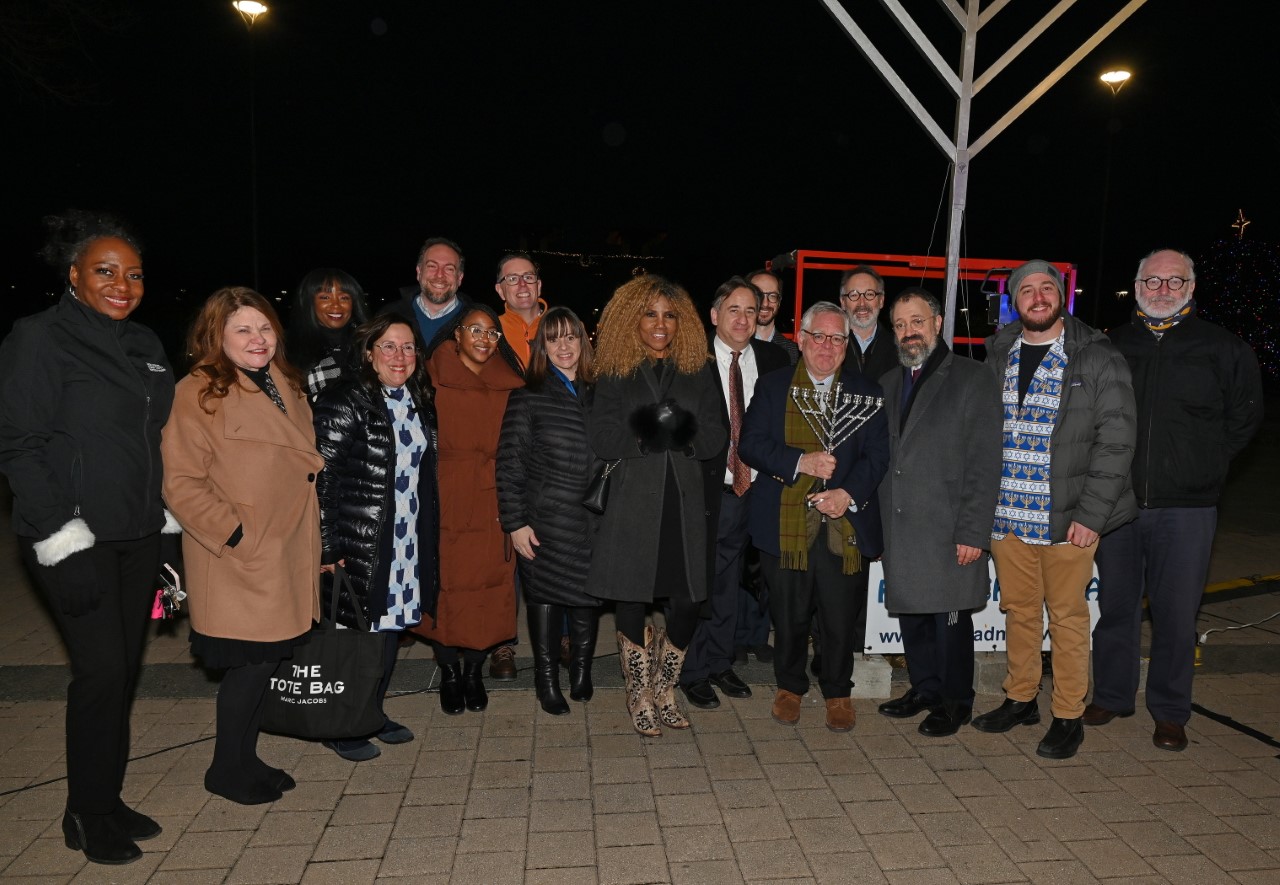 Members of Nashville’s Jewish community joined with community leaders to light the menorah on the second night of Chanukah. The annual event began in 2003 with Mayor Bill Purcell, and every mayor since has participated in the lighting. Participants included Scott O’Neal of the Jewish Federation of Greater Nashville, Cindee Gold on behalf of the Gordon Jewish Community Center, and rabbis from each of the five local congregations. Rabbi Yitzchok Tiechtel of Chabad of Nashville lit the menorah alongside Mayor John Cooper, Vice Mayor Jim Shulman, and members of the Metro Council.