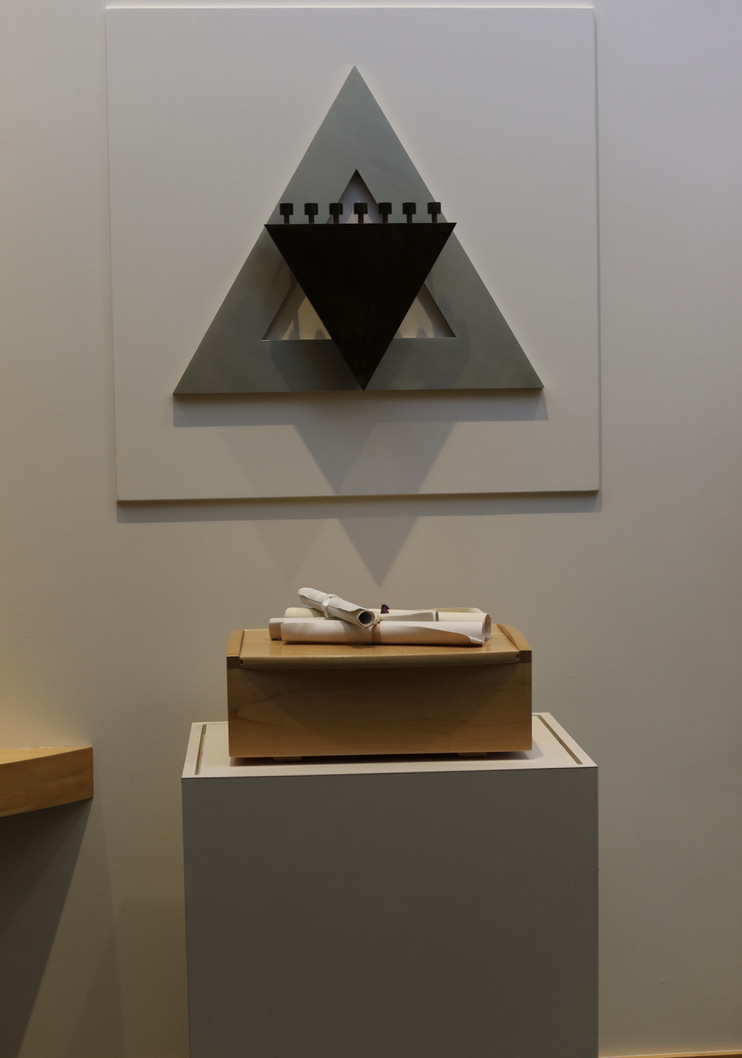 Congregation Micah was founded in 1992, and by the Fall of 1997 it built a new building and opened its new doors to congregants. Part of the celebration at that time was The Letter Project - The Ties that Bind. This project asked congregants, students, Rabbis, and staff to write a letter that would be read 25 years later by their current counterparts. The letters were placed in a box made by artist Rob Ogilvie with porcelain scrolls made by the late artist Sylvia Hyman. This beautiful box became a time capsule of sorts to be opened and added to every 25 years. When opened, first graders would read letters from earlier first graders, congregants from congregants, administrators from administrators, teachers from teachers Rabbis from Rabbis, and so on!  With each opening, the current Micah family would write their own letters that would be added to the box connecting to those of the past and future creating another tie that binds our Micah community together.

This year marks 25 years! So, the box will be opened at the Shabbat Service on August 26th. The letters will be made available for the congregation to read and for them to write a letter either at Congregation Micah or to drop off by October 2nd. All letters will be placed in the box when it is closed on October 5th.  The box will not be opened until 2047 when the project is repeated.

Maybe you were a Micah member 25 years ago and your letter will be read!  Please be part of this new Micah tradition. More details will be coming soon!