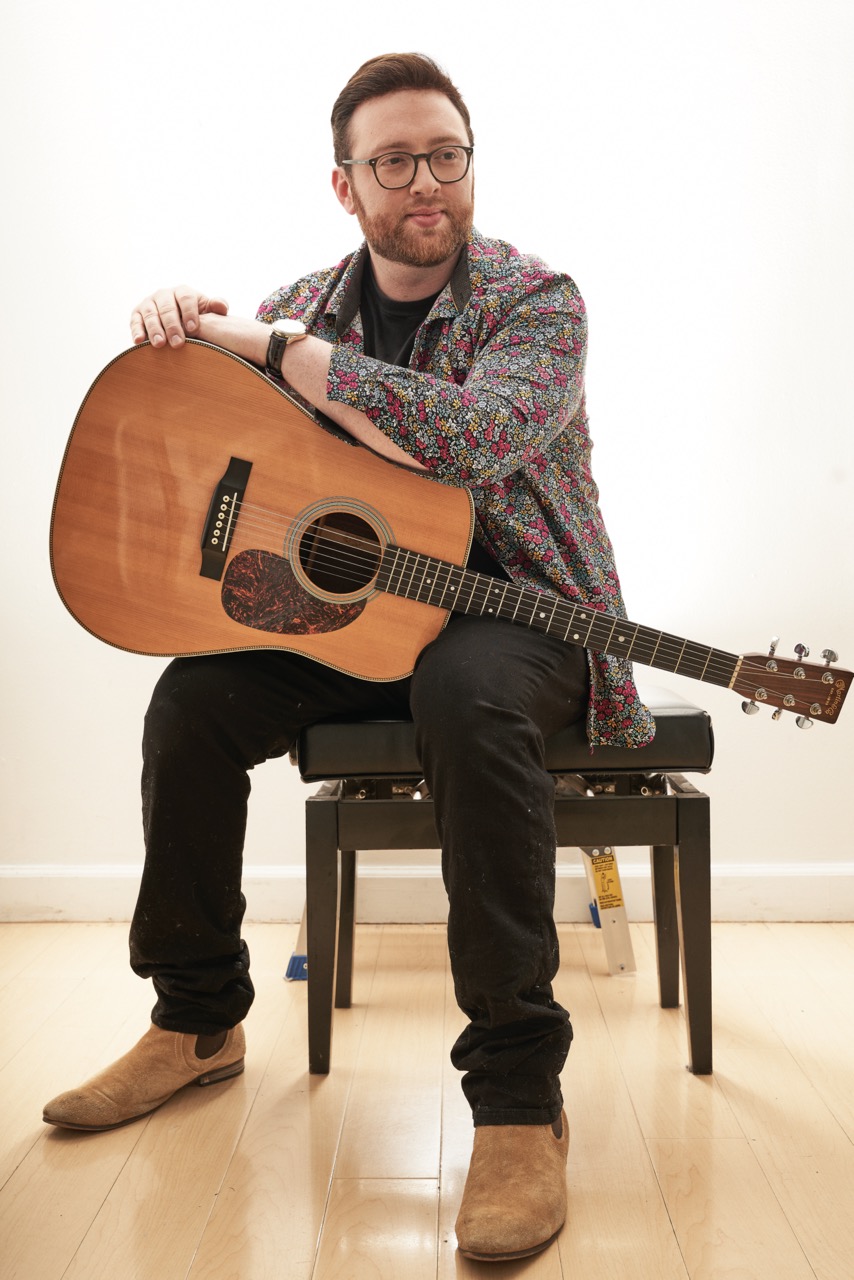 There is a new voice on the bimah and ringing in the halls at Congregation Micah. Cantor Josh Goldberg and his wife Andrea made the move from Los Angeles to Nashville last month so he could become the congregation’s new cantor. Goldberg joins Rabbis Laurie and Philip Rice and follows in the footsteps of the recently retired cantorial soloist Lisa Silver. “It is exciting to have a new team member,” says Rabbi Laurie Rice, “Lisa left a lovely legacy, and we know Josh will build on that.” Goldberg echoes Rabbi Rice’s thoughts about Lisa Silver, and says, “I’m very excited to be here, and for now I will be learning what this community is all about.”

Originally hailing from Dallas, Texas, Goldberg spent his childhood participating in theater, while also studying guitar, piano, and participating in band and vocal groups. After high school, he moved to L.A. to attend college at the University of Southern California’s Thornton School of Music. There he studied popular music and film scoring and became a song leader on Sundays at a local congregation. His mentors from those early days are two legends in their fields. “At USC, I was lucky to have Melissa Manchester as a voice teacher. And Cantor Nate Lam at Stephen S. Wise Temple was my other mentor.” He attended Rick Recht’s Songleader Boot Camp, followed by a stint touring with Recht. “I had no aspirations of Jewish music as a career at that point, but after graduating USC I wasn’t sure what to do.”

Following graduation Goldberg connected with Jewish musical artist Craig Taubman and began performing and writing. Their professional relationship blossomed, and as one song led to another, he soon composed an entire album of Jewish songs, titled “One.” “It was all very unexpected,” says Goldberg. Soon he found himself being asked to produce songs for other artists, including Nashville singer/songwriter Ellie Flier, and eventually was asked to produce an entire album. The label, “Kosher Style Records,” was born. In all, Goldberg produced eight albums for various artists before finally deciding to pursue Jewish music as a career. “I was already working in synagogues, so I figured, why not go further,” he says, “I wanted something more in my life and had fond memories of the cantors I knew growing up.”

Goldberg began attending the Academy for Jewish Religion and will receive his cantorial ordination next May. He believes becoming a cantor is the right blend of music and spirituality. “It’s all part of the same goal, to elevate the art form of worship music in general and Jewish music in particular.” He relies on what he calls “multiple M’s” to define his cantorial philosophy. “There’s a meeting, which is participation. Majesty, which is the awe of hazzanut. And there’s memory, which is the feeling of nostalgia you get from familiar melodies. Most people want all three.”

Goldberg’s taste in music is eclectic and includes Steely Dan, Paul Simon, Stephen Sondheim, and Pink Floyd, among others. In addition to music, he enjoys biking, tennis, and pickleball. And most of all, he is looking forward to the upcoming holidays. “I’m excited for the High Holidays when we will have a choir and the majority of the congregation will be here.” He is also looking forward to working with the greater Jewish community in Nashville, something Rabbi Laurie Rice is happy about. “We have enjoyed such a lovely relationship with the other congregations, like West End Synagogue, for example. I’m excited to bring him into those relationships.” Eventually, Goldberg hopes to revisit his record label, but for now he is focused on his new life and new congregation.

To learn more about Cantor Josh Goldberg, visit www.congregationmicah.org, and to hear more of his music, visit www.joshgoldbergmusic.com.