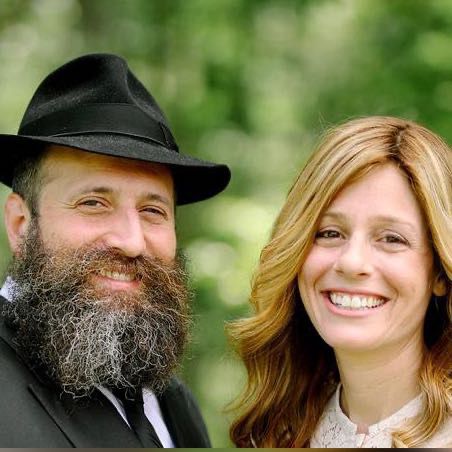 Rabbi Dov Yonah Korn, pictured with his wife, will speak via Zoom about his life story.

Chabad of Nashville presents The Korn Story with Rabbi Yonah Korn, known as “the Bowery Rabbi.” This special event will take place on Monday, February 14, at 7:30 PM, via the world of Zoom. Rabbi Korn, born David Brandon Korn, was raised in Morristown, New Jersey, the only child of secular Jewish parents and spoiled rotten. Rabbi Korn was all over middle school. He got straight “A’s,” served as class president, and dabbled in professional acting. As an actor he was D. Brandon Korn. He idolized Dylan McKay in Beverly Hills 90210 and denied what he perceived as his “Krusty-the-Clown-like” Jewish ancestry. In camp he was known as Korny, a camper of legendary status, captain of the color war, star of the camp play.

Rabbi Korn, using the moniker Dave, questioned the purpose of life and meaning of existence at the tender age of fifteen. His dissatisfaction with the standard answers sent him on a quest for knowledge, leading him across the country and into the annals of every religion save his own. Hinduism, Catholicism, Rastafarianism, hippie counterculture, afros, dreadlocks, and Jerry Garcia brought him peace for a time, but those moments were fleeting and far between. While at a Grateful Dead Concert in Las Vegas, Rabbi Korn, then known as Butterfly, met an angel…his future wife Sarah…but the timing was off and they parted ways. As meaningful and spiritually uplifting as Rabbi Korn’s travels were, eventually he was forced to look himself in the mirror. He gazed at his nose and realized that he could not hide from his heritage anymore; he was a Jew. His search brought him onward to Yeshiva University, and finally to Hadar HaTorah, a Rabbinical Seminary in Brooklyn.

Before she was Rebbetzin Sarah Korn, she was Sari, a vegan “Deadhead” with long blonde dreadlocks and a sweet smile, standing in front of Circus-Circus in Las Vegas on the fated day that young couple met. She eventually said goodbye to the dreadlocks, but never lost her smile. Ultimately, after a series of events both dramatic and otherwise, Sarah made her way to Brooklyn and attended Machon Chana Women’s Institute.

Dov Yonah and Sarah were married shortly after and were soon blessed with their first daughter, Liba, now a vivacious and awe-inspiring twelve-year-old. The Korn’s second presentation to the world at large was Chaya Mushka. Mushkie, now ten-years-old, is funnier than most adults, and gives incredible hugs. Chana, lovely young lady number three, is eight-years-old. The Korn’s fourth daughter, six-year-old Rivkah, has the sweetest smile around. Esther Bracha, a.k.a. Esty, comes in at number five. This past summer, the Korns welcomed daughter #6, Nechama Fraida to the familly.

To join this fascinating Zoom presentation and interact with the star of the Korn Story, please register at chabadnashville.com/kornstory