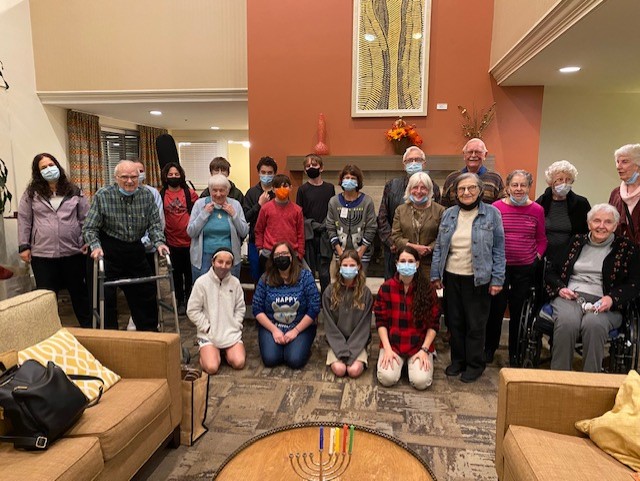 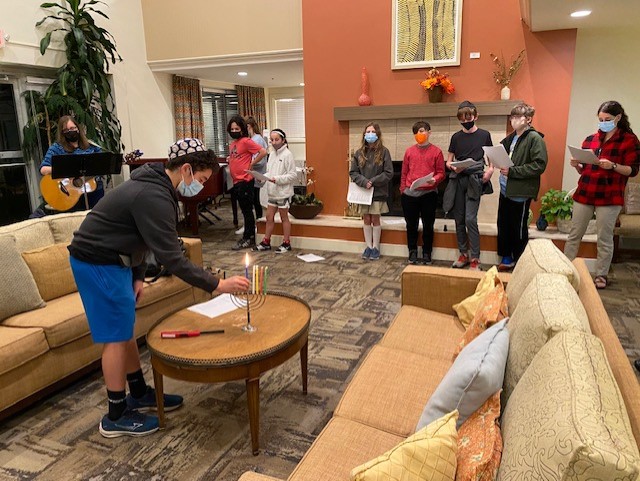 Sixth and seventh grade students at West End Synagogue’s Beit Miriam School brought Hanukkah lights and cheer to the residents of Park Manor in December. Accompanied by Cantor Sara Levine on guitar, the students sang Hanukkah and other songs along with the residents.

Maytal Wiston, a sixth grader, said, “The residents were really sweet, watching us and applauded after each song. As we got to the second and third songs, more people came, and not all of them were Jewish.”

“It was a good experience to get out and do a mitzvah,” said Sammy Sparks, “to do a good deed for the elderly.”

The students and Jewish residents shared their Hanukkah memories and traditions and lit a menorah.