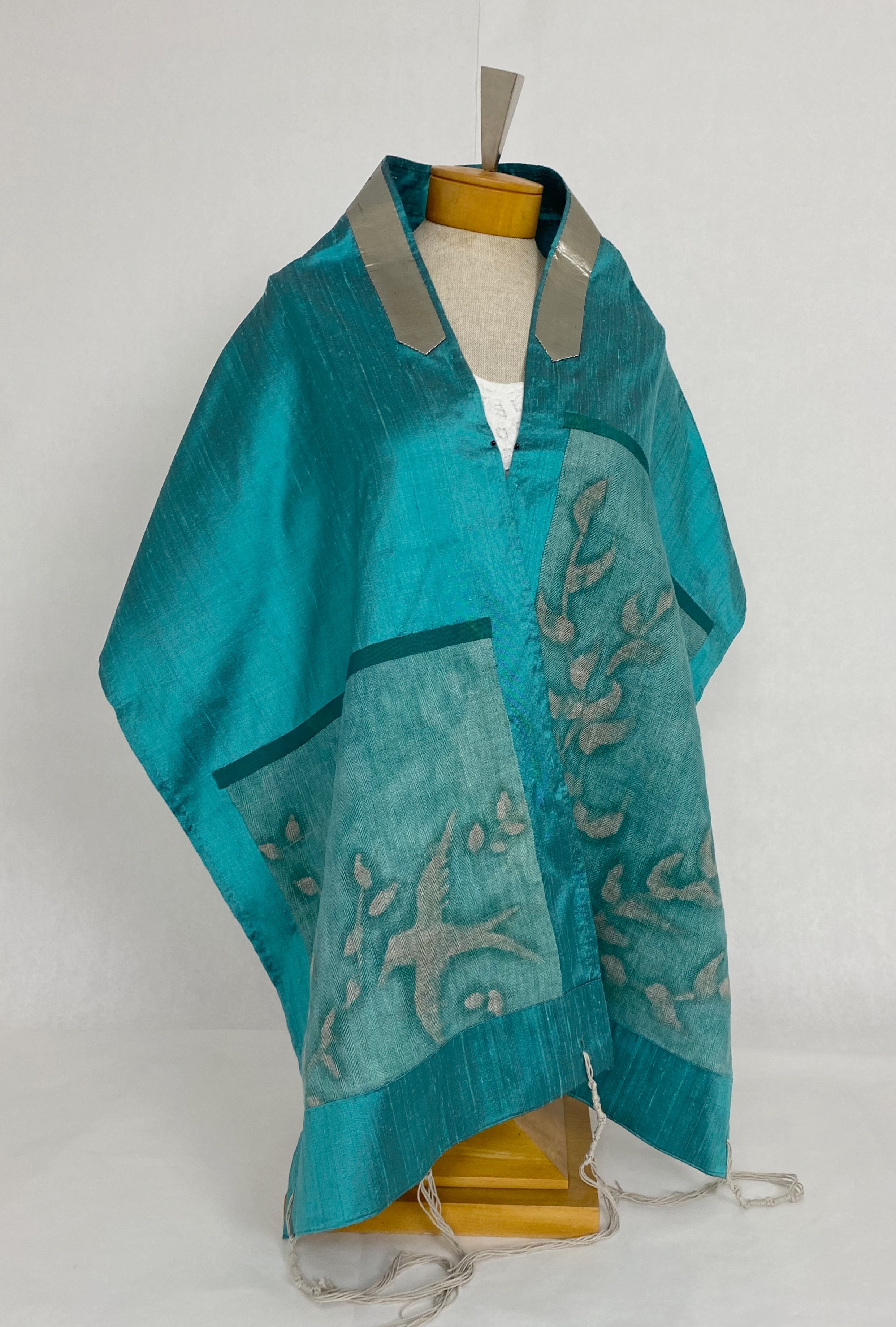 The Janet Levine March Gallery will feature the work of Ruth S. McRae. Ruth’s artistry is expressed through the textile arts. She uses the talitot and challah covers as canvases for expressing stories, histories, and rituals. In 1970, she purchased a 100-year-old loom and taught herself to weave, focusing on pictorial tapestries. After reading the writing of Anni Albers, she was inspired to learn more about how to produce fabrics with textile machinery and earned a Bachelor of Science degree in textile design at Philadelphia University. In 1978, Ruth moved to Georgia, and earned a Master of Science degree in textiles at Georgia Tech. These degrees provided her entrée into the field of industrial textile design, and she enjoyed a long career in the floor covering industry. Creating Judaic textiles was a natural evolution from her studio work in the fine arts. Her process for making Judaic textiles in this exhibit is very much like painting, using fabrics, stitching, and hand printed imagery as her tools. The work in this exhibition represents a complex layering of handcraft and artistry along with a deep appreciation for the objects of daily life that are a part of the Jewish faith. 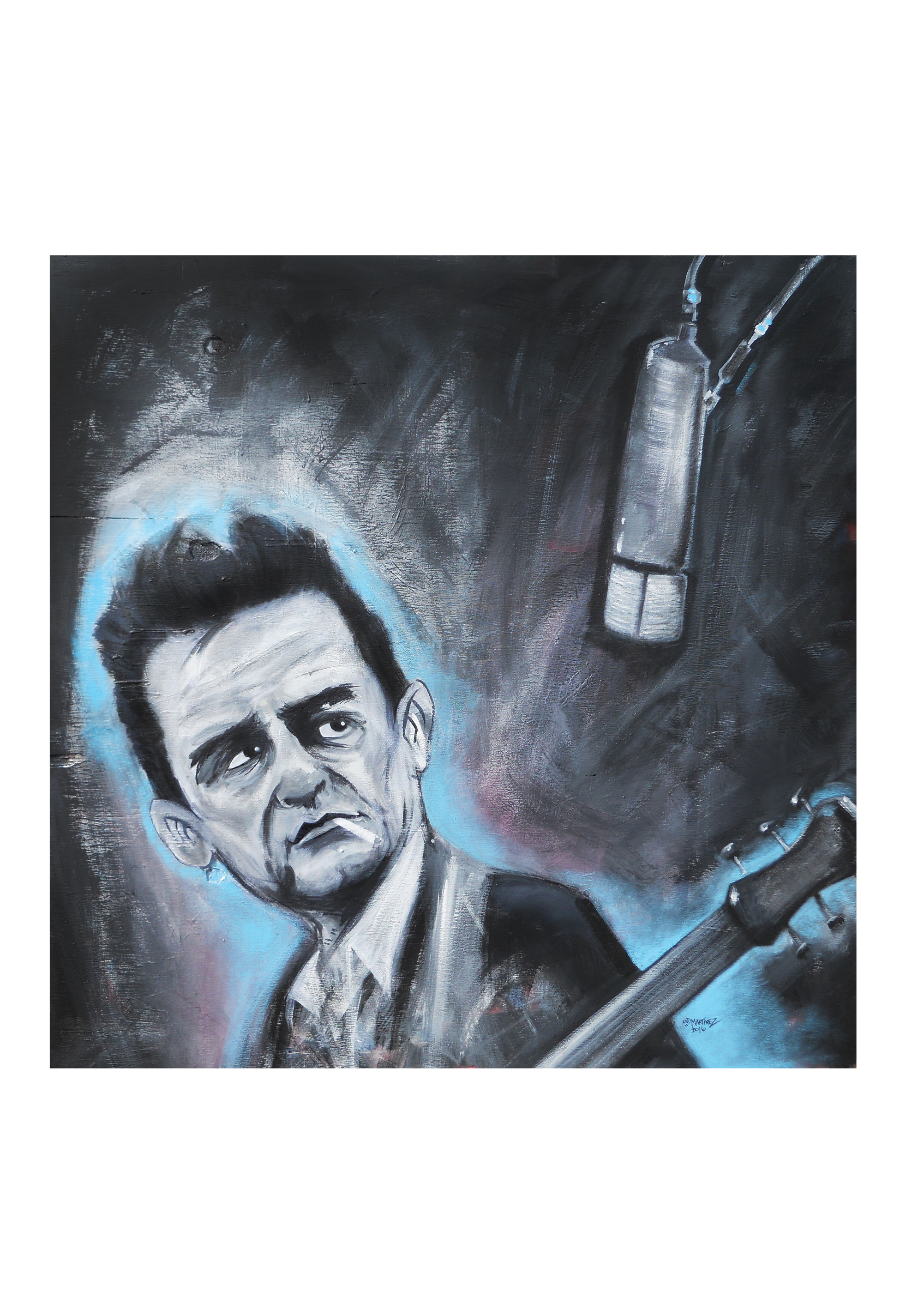 The JLMG2 Gallery will feature the work of Billy Martinez. Billy was raised with a daily dose of comic books and Sunday funnies supplied by friends and family throughout his childhood. He began his professional career at the age of 20 supplying pages for The Rockin' Roller Miner Ants a title that featured guest appearances by the Teenage Mutant Ninja Turtles. Soon after, Billy was signed on to create and draw his cult classic tale, known as Wildflower. With the success of his flagship title, Billy branched off into freelance work for companies such as Peregrine Entertainment, Heavy Metal Magazine and Image Comics. In 1997 he created his publishing company Neko Press and introduced comic book titles by top notch artists and writers in the industry. He later became a regular artist for Heavy Metal Magazine and was hired to do work on The Family Guy and Hellboy trading cards for Inkworks. Billy has released over 45 titles under the Neko Press imprint.

Good friend and professional artist Jim Mahfood convinced Billy to bring his art live on stage, which consisted of painting four to six paintings presented simultaneously with music. What started out on the streets of downtown San Diego later began to catch on in such clubs as The Honey Beehive and the Hard Rock Hotel and the top San Diego hot spot The Stingaree Night Club. In 2014, Billy relocated to Nashville Tennessee 'Music City' to be amongst the second foundation in his life that inspires him, music. You can catch Billy on his live art tour throughout the country at various conventions and concerts. 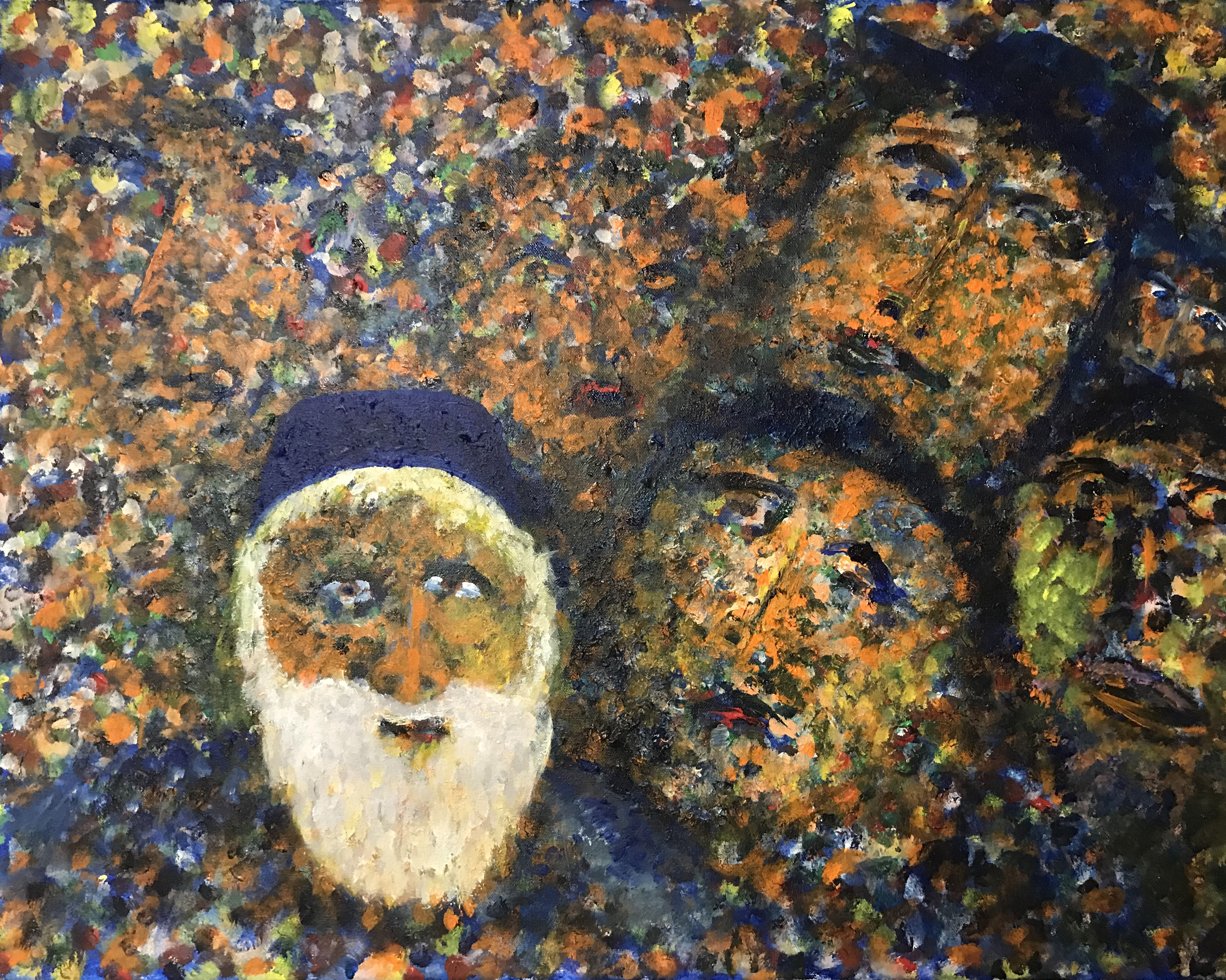 The Sig Held Gallery will honor Yom Hashoah with work by Lee Oskar. Lee’s lifelong engagement with the creative process began at an early age. With little more than a ballpoint pen and sheets of looseleaf typing paper, he began what would become a lifelong passion for highly imaginative, visual expression. Over the decades, Lee has explored a wide range of imagery, styles, and techniques. Some of his early work, published in 1994 by Journey Editions, in a collection titled, “Musicians As Artists,” reflects a highly detailed, black and white, pen and ink drawing style, imaginatively transforming realistically rendered elements into

In addition to his gifts as a visual artist, Lee Oskar is perhaps better known and loved all over the world as one of the founding members of the jam band WAR, who produced Gold and Plat- inum recording hits such as “Low Rider,” “Cisco Kid,” and “Why Can’t We Be Friends” and many other chart-topping songs. As art director, Lee was instrumental in creating WAR's many album covers.

Forever the artist and creative visionary, Lee introduced his own signature line of harmonicas in 1983. Known for superior quality and sound, Lee Oskar Harmonicas are preferred by harmonica players of all levels, all around the world. Lee established his own recording label, Dreams We Share ™ in 2020. He proudly produces highly accomplished professional recording artists as well as his own music with exciting new orchestrations featuring world-class musicians.

Most recently, Lee released his landmark collection of original music and art titled, “Never Forget,” (January 28, 2022). He says the artistic memoir is the most important project of his life. It has been called an “Emotional musical journey to be savored,” by Bob Silvestri, Best of WNY and a “Tender tapestry threaded with emotion and commitment; an album destined to stand the test of time in both its impact and importance,” by Lee Zimmerman, Goldmine. Lee says, “If I went to my grave and never expressed the fears and humiliations that have always been in me, as a result of the atrocities of the Holocaust, I would be ashamed of myself. I have a fiduciary responsibility to my art, to humanity and to my family to acknowledge that this happened and tell the story so that others may be touched by it.”

The Artist Reception will be held on Wednesday, April 13th from 6 – 8pm. There will be an Artist talk by Lee Oskar during the reception, in the Sig Held Gallery from 7 -7:30 pm. There will also be a special art and music presentation by Lee Oskar on Thursday, April 14th, in the Senior Lounge from 12:45 – 1:45 pm. The Exhibition Dates are April 2nd – April 30th.

The exhibitions are free and open to the public. Attendees will need sign in at the