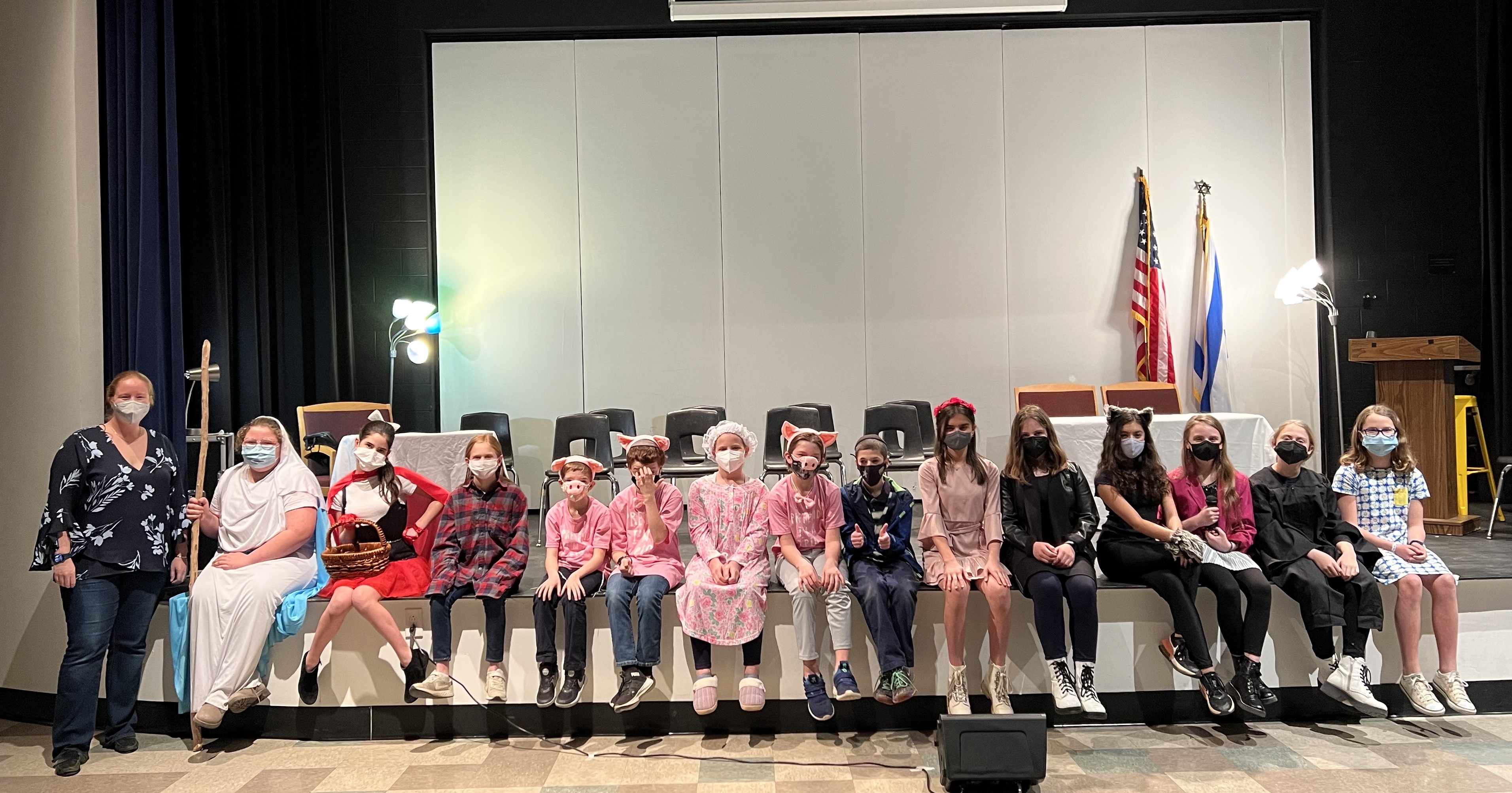 The cast of The Big Bad Musical, pictured with teacher and director, Annie Douthit.

Every year, Akiva’s fifth and sixth grade students put on a musical show for students, friends and family. This year, students performed The Big Bad Musical: A Howling Courtroom Comedy. Written by Alec Strum, with music and lyrics by Bill Fancoeur, Big Bad hilariously depicts the trial of the notorious Big Bad Wolf, who has been slapped with a class action lawsuit by a cast of quirky fairytale characters including Little Red Riding Hood and her grandmother, the Three Little Pigs, the Boy Who Cried Wolf, and the Shepherdess. Prosecuted by the Fairy Godmother and defended by the Evil Stepmother, the trial is covered by reporter Sydney Grimm and overseen by a nonsensical judge.

Annie Douthit is a second-grade teacher at Akiva and directs the annual musical. Douthit is passionate about staging these musicals, pointing out that, “Putting on these shows helps build teamwork, cooperation, and mutual respect amongst the students.” Douthit adds that performing in a musical helps to foster important skills like articulation, verbal and nonverbal expressions, and self-confidence. “Most importantly,” says Douthit, “the musical is a really great way to give students an opportunity to engage in the Arts in a really fun and supportive environment.” 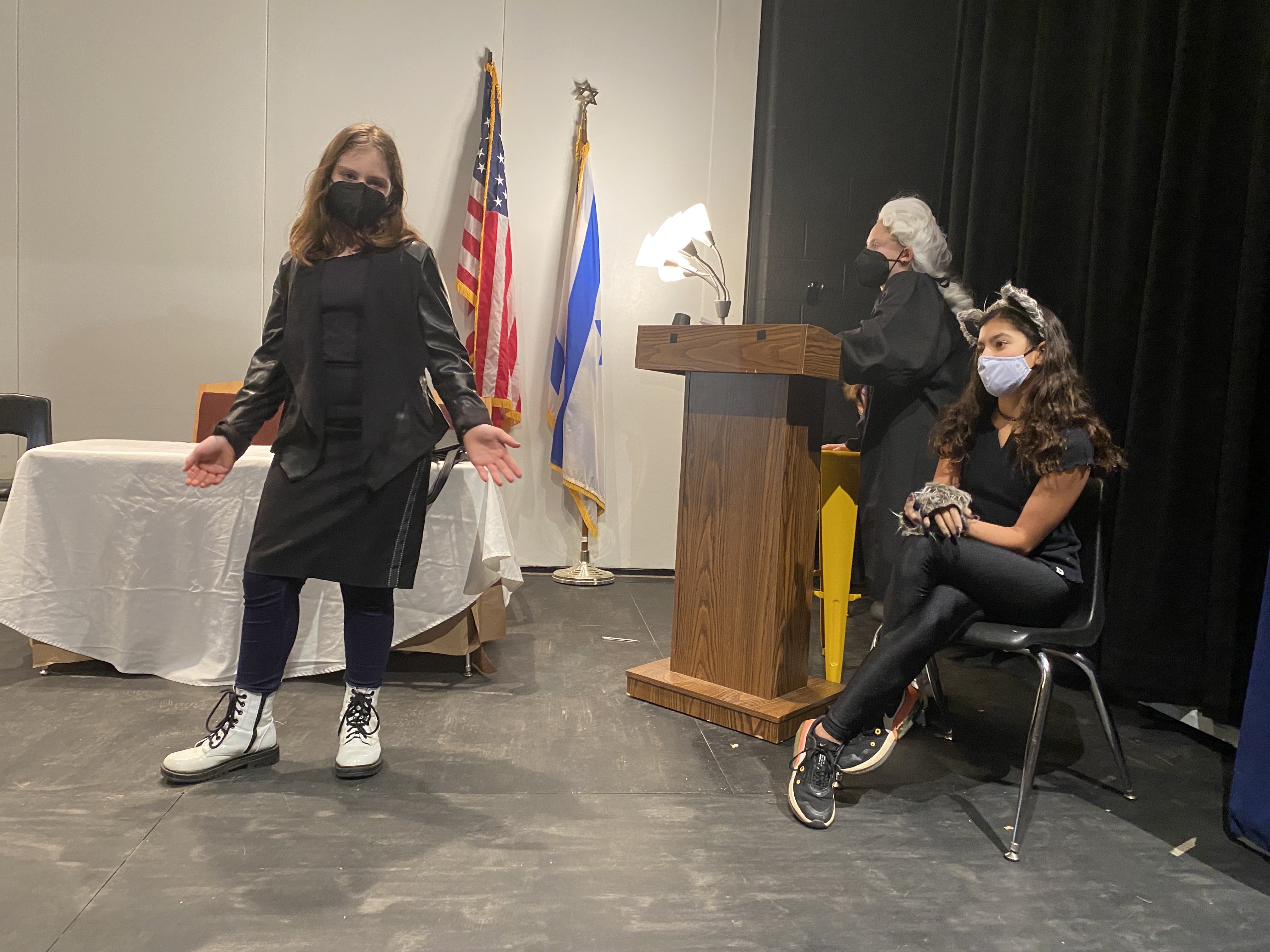 Cast as the Evil Stepmother, sixth grader Hannah Mackler says that preparing for the musical is a wonderful experience. “Every year my class looks forward to the musical. Mrs. Douthit always helps us and encourages us. The musical has been an important part of every school year for me.” 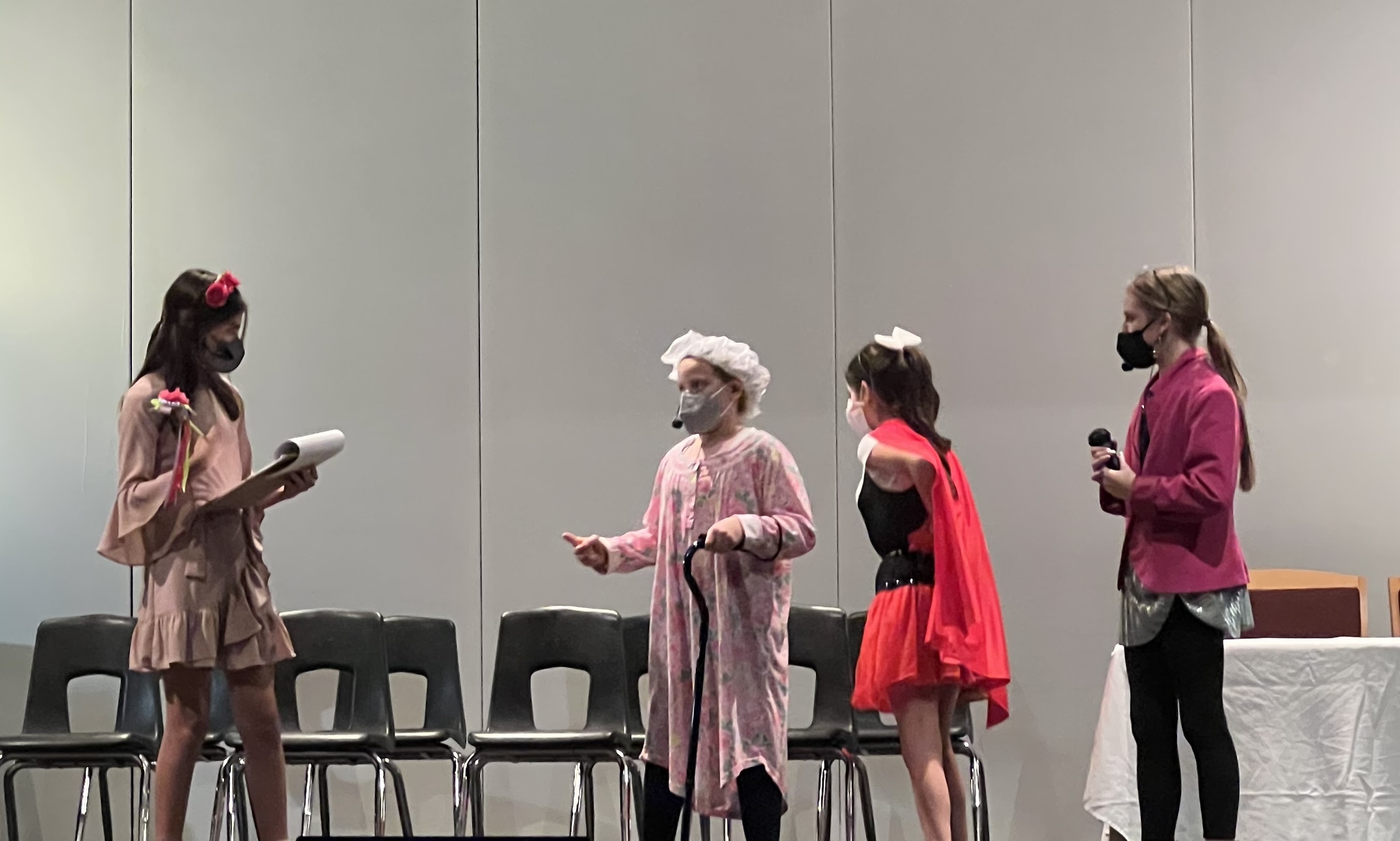 Amy Goldstein is mom to sixth grader Savannah, who played the role of Little Red Riding Hood. Goldstein echoes Douthit’s sentiments and says that while watching the play she was, “uplifted by the passion and commitment with which our amazing students sang, danced, and delivered their humorous lines.” Goldstein remarks that, “As a parent, I can always count on Akiva to help build students’ confidence, nurture their creativity, and teach them how to collaborate and problem solve in fun and unique ways.”

Stay tuned for Akiva’s next musical performance, Winnie the Pooh, to be performed by the first and second graders later this spring!