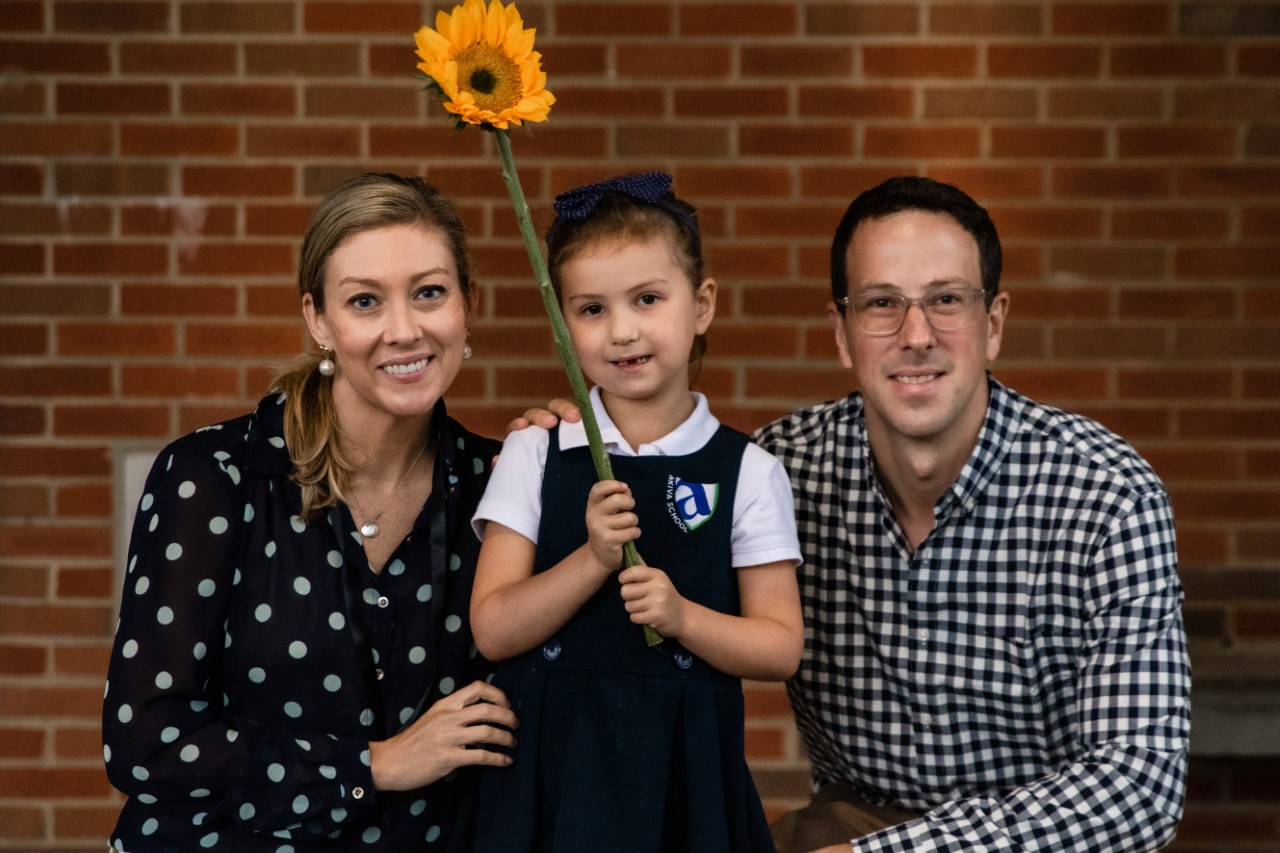 Amy and Ben Rosenblum with their daughter Brie, who is in Kindergarten at Akiva, participated in the Parent Matching Campaign. They were thrilled to participate in the match and be able to support Akiva in such a meaningful way.

This fall, Akiva School launched a Parent Matching Campaign, with a one-to-one match for all new or increased donations by current Akiva parents. The match is supported by a generous grant from The Zalik Foundation Fund, co-founded by alumnus Helen Zalik (Class of 1991).

According to the National Center for Family and Community Connections with Schools, schools with considerable parent engagement show increased academic performance, have the ability to offer more programming and opportunities, and more meaningful community outreach. Akiva believes that motivating parents to become active participants in the school’s growth and development is essential to its continued growth and success. To help encourage parents to get more involved, Akiva launched this incentive-based campaign, providing parents the chance to double the impact of their donation.

Akiva's parents swiftly and enthusiastically rose to the challenge. Within a few weeks, parents had met the $25,000 match, representing an 86% increase in parent donations from last year. Inspired by the parents’ commitment to Akiva, long time Akiva supporter Reva Heller upped the ante and offered an additional $10,000 to the matching challenge.

Moshe Werthan, chair of Akiva’s Fundraising Committee, believes that “The generosity of our Akiva parents will serve as an inspiration to all those donors who support Akiva. Our parents have now stepped up to the plate in a significant and important way.”

Parent support sets an important example to the community about its necessary role in supporting Nashville’s only Jewish Day School. Kristin Keiper-Berneman is mom to Akiva second grader, Josie. Keiper-Berneman and her husband noted that they were, “happy to show [their] gratitude financially and be matched through this generous grant.” Keiper-Berneman also pointed out that, “The campaign was an opportunity to talk, as a family about giving back to the school and to teach our children about tzedakah.”

The campaign success will directly benefit Akiva students but will also serve as an enduring inspiration for increased parent engagement and support.