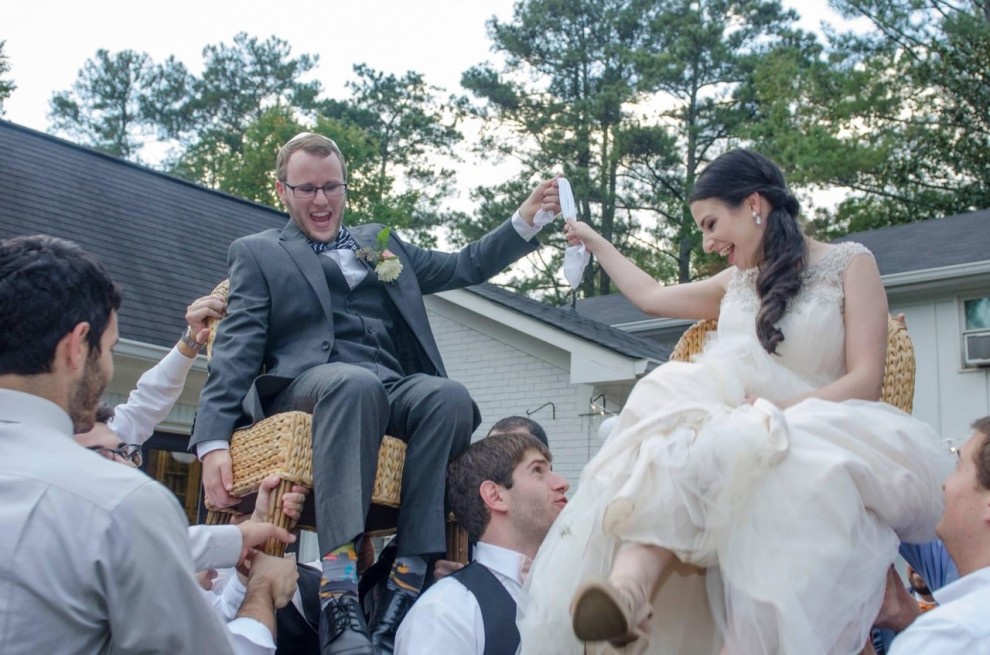 Liz and Gabe Rutan-Ram always planned to build their family through adoption. The Knoxville couple, who is Jewish, say they also decided to work through the foster care system rather than use private channels, and now their dream is being deferred by what they say is a discriminatory state law. The law known as House Bill 836, was signed by Governor Bill Lee in January of 2020. The law allows taxpayer funded child welfare organizations to deny services, like adoptions, to prospective families who, “violate the agency’s written religious or moral convictions.” The law has been condemned by human rights groups as targeting LGBTQ couples, interfaith couples, single parents, or any other prospective parents with whom an agency has objection. And now, according to Pam Kelner, Executive Director of Jewish Family Service of Middle Tennessee, this law is hitting home for the Jewish community. “These organizations are basically, ‘anti-other.’ If you don’t follow their specific religious beliefs, they won’t serve you. And this type of discrimination has been going on a long time, but when the agency is funded by taxpayers, it crosses the line.”

After locating a child in another state that they wanted to adopt, they were informed early last year they needed to complete a state-mandated home study and parenting training. They contacted the only agency in their area that could provide those services for out of state placements, Holston United Methodist Home for Children. The agency is funded by the state of Tennessee to provide foster care and other services on behalf of The Tennessee Department of Children’s Services. Liz Rutan-Ram says she asked if the couple’s Jewish faith would be a barrier to receiving the services provided by Holston but was assured it would not be a problem. The day the couple was to begin the parenting classes, they were told that, in fact, Holston could not serve them because they are Jewish. Liz says, “I felt like I’d been punched in the gut. This is what we were worried about all along. That we’d become emotionally invested and the adoption would fall through.”

The Rutan-Rams are now embroiled in a legal battle, along with six other taxpayer plaintiffs, against the Tennessee Department of Children’s Services. The lawsuit, filed in state court, states that DCS violated the Tennessee State Constitution’s religious freedom and equal protection provision by contracting with an agency that engages in religious discrimination. The plaintiffs are represented in this case by Americans United for Separation of Church and State, a 75-year-old advocacy organization that works to protect religious freedom. Rachel Laser is the first Jewish President and CEO of the organization. She says the concept of religious freedom as it is being used today, is not what the country’s founders intended. “Thomas Jefferson first wrote the model for religious freedom, think about how radical that was. He believed it should be used as a shield to protect people rather than a sword to cut off people’s rights,” she says, “Today the idea of religious freedom is being co-opted and turned into religious privilege.”

The question arises as to how House Bill 836 was passed when it appears to violate Tennessee’s State Constitution. According to attorney-of-record Alex Luchenitser, Associate Vice-President and Associate Legal Director of Americans United, “This happens all the time. Legislatures hope to move the needle in a certain direction, so they pass a law anyway and figure it will work its way through the courts.” And Rachel Laser says often the impact of a law is not felt until it is put into practice and challenged. “You never know how a policy will play out until it’s tested. In this case, the state is not looking out for the best interest of the child, which should always come first.” She says 10 other states are also passing similar laws that challenge the idea of religious freedom and really amount to religious discrimination. “American’s have the right to believe, or not, as long as it doesn’t harm others. In this case, it is harming the interests of a child and the prospective parents who want to give him a loving, permanent, home.”

Included in this lawsuit are six other plaintiffs, all taxpayers in the state of Tennessee. One of those is Nashville minister Rev Denise Gyauch. She says she objects to her tax dollars being used to discriminate, “My tax money should be used for the benefit of all Tennesseans. I don’t have a problem with the state supporting an organization with a religious agenda, but the organization should not be able to discriminate.” She says those being harmed the most are the prospective parents and the children who need a loving home. “Most people of faith hold the care of others as an important value. To have a law that prevents that care seems against what people of faith say we’re all about.”

The concept of caring for others is also a core Jewish value. Gabe and Liz Rutan-Ram are committed to caring for who they believe are the most vulnerable children, those in foster care. Gabe says, “This goes to the heart of my Jewish belief in Tikkun Olam, repairing the world. As Jews, we’ve faced discrimination in various ways throughout our lives. But you don’t expect to be discriminated against by the state government.” Bradley Williams, President and CEO of Holston United Methodist Children’s Home, says in a statement:

The Bible instructs us that “Faith without works is dead.” We want to exercise our faith to care for children who have been hurt and neglected and do so in the name of Jesus Christ.  We ask others who share our faith to partner with us as foster and adoptive families in this critically important calling.

We believe other ministries and religious family service agencies, like the Jewish Children’s Adoption Network, should also be free to provide for children in their care according to their faith and religious traditions. That is what the Constitutions of the United States and the State of Tennessee require.

We love everyone including those who don’t share our faith and so does our Savior.  Loving people and partnering in ministry with them to care for children are two different things.  A partnership requires a shared vision and foundational goals to be healthy and successful - abused and neglected children deserve that!

When asked to address the use of taxpayer dollars that fund Holston’s work, and the fact that both the United States Constitution and the Tennessee State Constitution prohibit religious discrimination, Williams responded, “Although there can be differences of interpretations of our state and nation’s Constitutions, there is absolutely no antisemitism or hate in the decisions that we have made.” Additionally, he referenced an Op-ed published recently in the Greeneville Sun, that reads, in part:

There can be confusion around who our ministry serves and who public funds are intended to support. We serve hurt, neglected, and traumatized children and their biological families. They do not have to align with our Statement of Faith for us to serve and minister to them. We hold our staff and foster parents to a different standard. They are not our clients and are not the intended recipients of public funds. Children are the intended recipients.

The public funds that we receive are used for the children, and they are used for non-religious expenses. These include, for instance, the basic needs of children (food, shelter, clothing), educational costs of our school, and the administrative costs without which these services could not be provided, such as accounting, human resources, and maintenance.

Importantly, we supplement these funds with the charitable donations that we raise. In other words, the government could not provide these services to children using only their subsidies-donors save taxpayers significant amounts of money with their generosity. We also use our charitable gifts to pay for our religious activities so that we don’t use public dollars for religious or fundraising purposes.

Although Nashville’s JFS does not provide foster care adoption services, the agency does provide adoption assistance for any prospective parents, regardless of race, religion, sexual orientation, or disability. Executive Director Pam Kelner says her staff and Board of Directors were so upset to learn of this case, they wanted to do something to help. “We believe so strongly in doing what is in the best interest of a child, regardless of the situation or condition. After much discussion, it was decided to offer a donation to Americans United to help show our support.” A letter to Americans United President Rachel Laser, says in part:

“America’s child welfare system rests on the principle of placing the best interest of children and youth first.

This principle—placing the best interest of children above all other considerations—is why all prospective adoptive or foster parents must go through training and a home study process required by the state before being approved to adopt or foster. This is why social service agencies that provide adoption and fostering services perform these trainings and home studies—to safeguard society’s most vulnerable.

In refusing to provide state required training for the Rutan-Ram family, prospective foster parents, the taxpayer-funded Holston United Methodist Home for Children put the welfare of children and youth behind other considerations.”

Meanwhile, Liz and Gabe Rutan-Ram still believe in their dream to adopt a child from foster care and are currently providing a permanent placement for a teenage girl, along with short term placements of younger children. They hope this case will result in a change to the current law and continue to encourage other adoptive parents. Liz says, “This really speaks to our Jewish resiliency and our determination to figure this out. I’ve been contacted by other prospective parents who have given up because of this law, but I keep telling them to push through. The finish line is out there.”