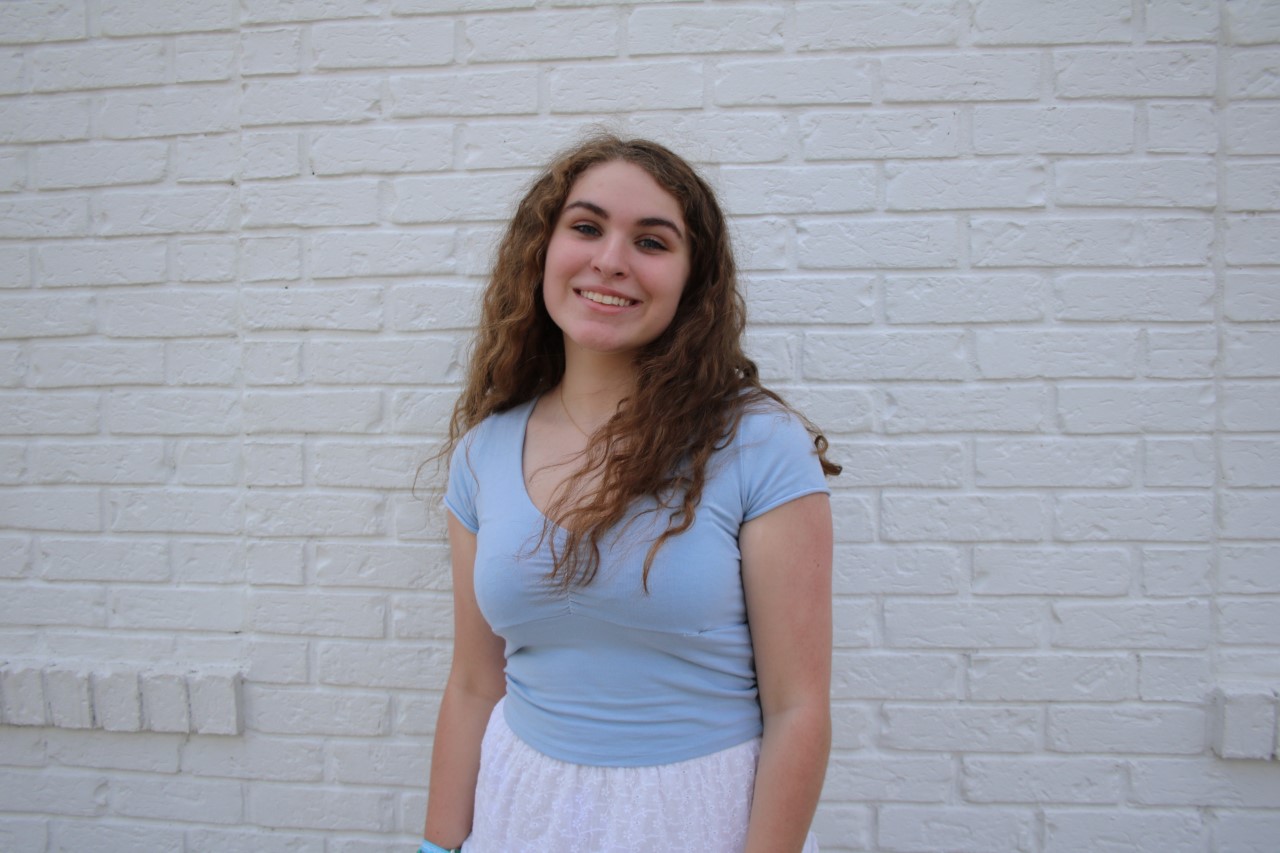 The Kehillah Award, formerly known as the Ralph Shepard Award, is given annually to a high school senior that has shown a positive attitude, maturity, achievement, and participation in our Jewish community as an outstanding example of Jewish Youth. This includes participation in a Jewish youth group, Jewish educational study, taking part in congregational life, community service within the congregation and in the larger Nashville community, and in school.

Once nominated, each nominee is asked to complete an application. This application includes 2 short essays and two recommendations, one from a religious professional and one from a school teacher or advisor. The completed applications are redacted to retain anonymity and sent to all past Kehillah/Ralph Shepard Award winners to read the applications and rank the applicants.

This year’s winner, Abby Landa, most known for her kind spirit and a strong sense of community, just recently graduated from Franklin High School with a 4.45 GPA. Abby’s dedication to Jewish life has been exemplified in several ways in the Nashville community. She attended and worked at the Beit Miriam Religious School at West End Synagogue, held several officer positions, on the chapter and regional level, within United Synagogue Youth, the Conservative movement’s youth group, and has been honored with numerous awards, including Beit Miriam’s Simon and Alven Ghertner Award and the Nathan Davis Award for excelling in the religious school space. She was a StandWithUs High School intern and part of The Jewish Federation and Jewish Foundation of Nashville and Middle Tennessee’s B’nai Tzedek Philanthropy Board.

Although Abby has proven herself within the Jewish community, to be the perfect candidate for our 2022 Kehilah award honoree, there is no shortage of accomplishments outside of the Jewish world. She is a member of the National Honors Society, Spanish Honor Society, AND History Honor Society. She was most recently club president for her school's Model UN program, as well as club president for Youth in Government. Abby’s Spanish teacher and Model UN sponsor, states in her recommendation letter:

“Abby is exceptional in a school with many high achieving students because she is more than just her academic accomplishments. I have seen her grow into one of the kindest and most mature students at Franklin. She is a responsible leader, a constant encourager of her peers, and mature beyond her age. I cannot think of a better person to represent your organization through this award.”

Abby dedicates herself to the community and is always reaching toward making the largest impact. She has found a love for giving back and making a difference. In Abby’s application, she writes that when she was a child, she wanted to be an astronaut. She dreamt of going to the moon and floating in space. This was the first example that represented her big dreams. In high school, Abby said “yes” to every opportunity that came her way in hopes that it would put her closer to reaching her big dreams. And it worked. She is full of ambition and follows her passions with all that she has