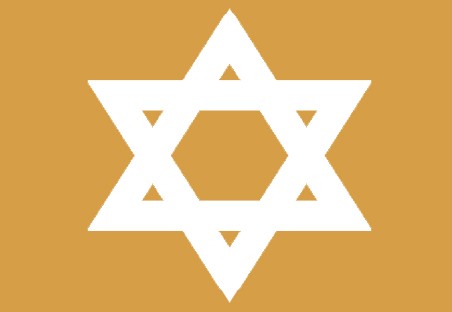 The most recent Pew Study of American Jews reports that the vast majority, more than 75%,  believe that remembering the Holocaust is essential to being Jewish. Additionally, more than half of those surveyed report experiencing antisemitism in the last year, either by seeing some sort of anti-Jewish graffiti, being harassed online, being personally attacked or some other sort of discrimination. It is the intersection of those two experiences that sparked an outpouring of shock and anger after a Nashville hat vendor used a yellow Star of David with the words, “Not Vaccinated,” in the middle to protest what she believes is government overreach in fighting the COVID19 pandemic. The incident centers around a social media post by HatWRKS shop owner Gigi Gaskins who says she was selling the patches as a means of expressing solidarity with the Jewish victims in Nazi Germany who were marked for deportation to concentration camps and forced to wear the yellow star. “I did not make it up,” she says, “I saw videos of protests in Israel and other countries using the star to protest the vaccines, so there is precedent there. I am on the side of those who experienced the atrocities.”

The post, which Gaskins removed within a few hours, nonetheless sparked outrage both within Nashville’s Jewish community and outside of it. A grass-roots protest was quickly planned and fell on Shabbat, meaning it was not organized by any local Jewish organization, and attracted a wide range of people from the greater Nashville community. Many of her vendors immediately ended their relationship with her business, most notably high profile Stetson Hats. (Stetson could not be reached for comment.) Within a couple of days, Gaskins issued an apology through the same social media platform. Many who read it say it was not sincere and missed the point of what she did. Gaskins says the rush to judgement and protest was unwarranted and unfair. “One rabbi I spoke with said she disagreed with almost everything I laid out, from my perspective. I felt like they wanted a sacrificial apology that I was ignorant and wrong and nothing short of that was going to be satisfactory.” She says she was even called a liar by one of her vendors. She acknowledges the biggest outcry did not come from the Jewish community, but rather it is the result of cancel culture. “Empathy is gone from the public eye. People pick a side and hate those on the other side. So I proved the point I was trying to make.”

Still there are those for whom the use of the yellow star, in the fashion used by Gaskins, is both painful and traumatizing. Frances Cutler Hahn, 83, was born in Paris, France to Polish parents. They placed her in a Catholic children’s home to protect her from the Nazis. Her mother perished in Auschwitz and her father, who was in the French Resistance, died from combat wounds. She now lives in Nashville near her adult daughter. She says based on Gaskins’ social media posts she does not believe Gaskins is sincere. “I think she knows what she’s doing,” says Hahn, “She is trivializing the memory of the Holocaust.” When asked to comment on Gaskins’ statement about showing solidarity for those who wore the yellow star, Hahn says, “ She’s comparing her outrage about vaccines to, ‘The Final Solution,’ the total annihilation of the Jewish people in the most brutal way.” Gaskins insists she knows she made a mistake in using the star. “I take responsibility for getting the patches made, although I never sold a single one,” she says, “And of course I’m sympathetic to the Holocaust.”

As the Pew Study found, Holocaust memories continue to be a hard line in the sand for most American Jews. But appropriating the imagery surrounding it has a complex history. According to Shaul Kelner, Associate Professor of Sociology and Jewish Studies at Vanderbilt University, both Jews and non-Jews have made Holocaust analogies. “When it comes to an existential threat, analogies have been made in contemporary situations,” he says, “For example, the Jewish Defense League used the yellow star with a raised black fist beginning in the late 1960s. Netanyahu has used Holocaust analogies.”  More recently Ultra-Orthodox in Jerusalem used the yellow stars and striped prison camp uniforms to protest what they saw as growing incitement against their community. Several years ago, a professor at the University of San Diego led her students in a protest on campus wearing yellow stars with the word, “Muslim,” in the middle, to protest Islamophobia. And the Anti-Defamation League urged the retail outlet Urban Outfitters to stop selling a gray and white striped tapestry with a pink triangle, a symbol reminiscent of clothing gay prisoners were forced to wear during the Holocaust. Regardless of who uses the images, says Kelner, it remains something that evokes shock and pain for Jews. “At no other time in our history was there a plan to wipe out every Jewish man, woman and child. It is so fundamental a tragedy that to compare anything to that dishonors the memory of the martyrs.”

A question remains about whether the use of Holocaust imagery amounts to outright antisemitism. Gaskins says she is not antisemitic, but rather used poor judgement and that her swift apology should be enough. From a practical standpoint, perhaps it should be taken at face value. Gaskins says she has many who believe her apology and support her intention to use the star to make a point, however misguided. Jay Shecter, a member of West End Synagogue, says he was shocked by the anger and bitterness he saw on social media and email threads about the situation. “I figured she was probably a small business person who suffered during COVID and thought selling this star would help. I imagine she was probably ignorant about what she did,” he says. And further, Shecter worries the strong reaction on the part of the Jewish community could result in backlash. “I thought it reflected badly on the Jewish community,” he says, “People naturally assumed she knew about the Holocaust, but no one really knew her and were ready to hang her, regardless.” Further, Shaul Kelner says the swift, strong public outcry is something not in accordance with Jewish Law. “In Jewish Law, it is believed that public shaming does not offer a chance for real remorse. Instead, the person should be given the opportunity for what is called a ‘rebuke,’ a chance for people to come together privately for understanding and apology.” The rabbis take shaming one step further. According to Rabbi Mark Schiftan of The Temple, “To shame someone in public is akin to murder because you are publicly murdering a person’s character.”

Further exacerbating the incident was the use of social media to both advertise the yellow star and to protest its use. Gaskins says, “My post was only up two or three hours total before I took it down, and the backlash started.” Rabbi Schiftan agrees that social media can complicate any situation, for better or worse. “It is important to acknowledge the rapid manner in which you can both rush to judgement and dismantle a hateful message. We can’t control the tidal wave of social media.” He also says the Jewish community has a responsibility to try and learn whether Gaskins’ action was naïve and ignorant or something more. And the best way to do that is to meet face to face for discussion and to gain understanding. This was something that Rabbi Mark Schiftan, other clergy and Dr. Frank Boehm did soon after the issue became a wide spread news item. After a long discussion at the Temple one morning, both Rabbi Schiftan and Dr. Boehm felt that, while Gaskins made a terrible mistake, she was not anti-Semitic.

In this case, though, it may be too late for true reconciliation. Rabbi Laurie Rice, of Congregation Micah, was also one of the local rabbis Gaskins reached out to in the immediate aftermath. “I was hopeful at first. I thought there was a redemptive moment,” she says, “But instead there was a lot of emotion around the co-opting of a symbol.”  Rabbi Rice believes Gaskins is misguided in her use of the star, but her politics won’t allow for real understanding. “America is an autonomous spirit. But Judaism, particularly Reform Judaism, asks us to understand the ‘why,’ and then make a choice. Judaism says the individual matters, but not more than the whole.” It is this tension between the communal and the individual that rubs against what Rice calls American Libertarianism. “Americans who wave the flag of autonomy don’t get it.” Gaskins says her use of the star represents her fear about potential vaccine passports and their use in marking people as unhealthy, much like the Nazis marked Jews as subhuman. But Rabbi Rice says there are clear differences. “The star symbolizes no choice. The Jews had no choice but to wear it.