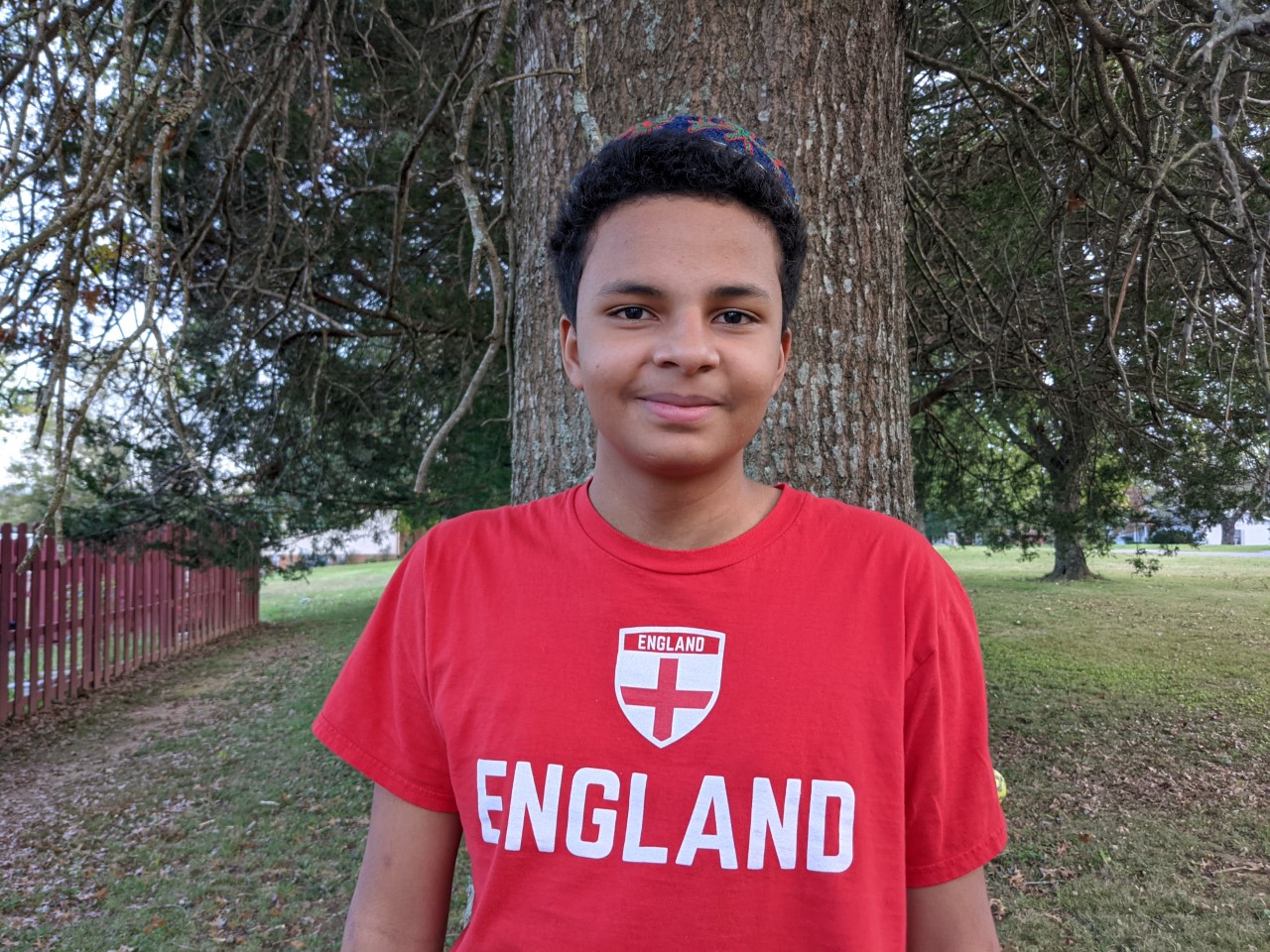 Seth Ferguson became Bar Mitzvah at West End Synagogue on Saturday, October 23.  He is the son of Wayne and Lizzie Ferguson and brother of Elliot Ferguson.  A ninth grader at E.B. Wilson Hybrid High School in Gallatin, he plays saxophone and is in a rock ’n roll band called the Cavaliers.

For his Mitzvah project, Seth wanted to sponsor an underprivileged child to have a year’s worth of private music lessons. Seth achieved his $2,000 goal by being creative and coming up with a video editing business for YouTubers. The music lessons will be held at Ovation Music Studios in Gallatin and the presentation was given on November 20. A child will be chosen via an after school program that has agreed to transport the child to and from lessons. Seth continues to raise money and hopes that this will become an ongoing project.  He hopes to provide instruments to children whose parents are unable to buy them.