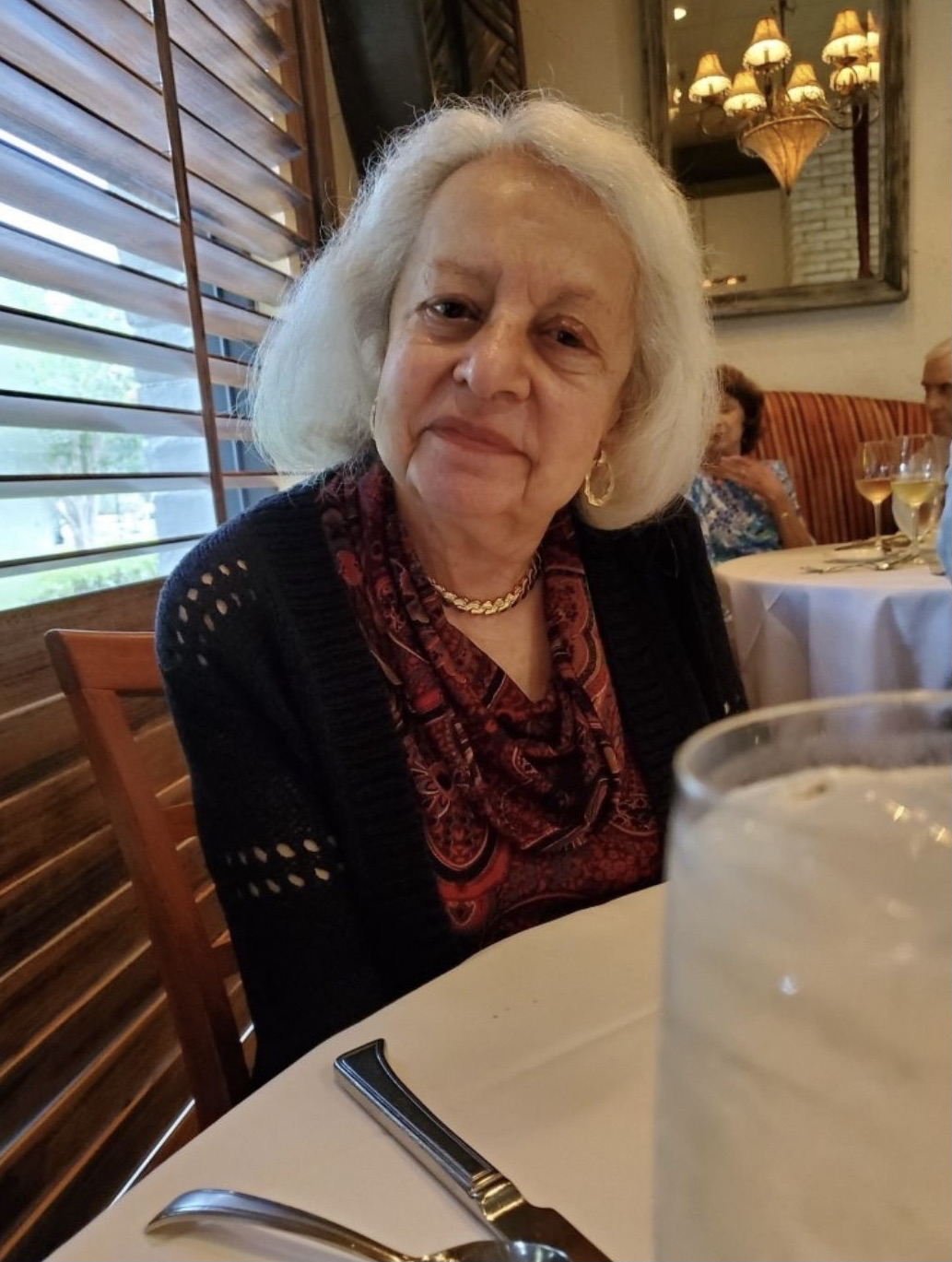 Condolences to the family of Marcia Levinson Pear who died on June 2 at age 94.  She was predeceased by her husband, Charles Sanford Pear. Survivors include her sone, David MarcPear and Steven Jay Pear; grandson, Charles Yuri Pear; and daughter-in-law, Natasha Kolduba-Pear. The family thanks Beverly Mitchell for the care and comfort provided to Marcia during her final days.

Marcia was born in Ope, Latvia, on March 19, 1927. She moved to Nashville as a young girl after growing up in Florence, Ala., later graduating from West End High School and then attending Peabody College. She met her husband, Charles, in Nashville.

Marcia loved to help and serve others, to comfort those in need, to aid those less fortunate and to provide inspiration to others seeking to achieve. She was a lifetime member of Hadassah, volunteered for various activities for US troops overseas, was an active volunteer for Hospice (Trust Bridge) of Palm Beach in Juno, Fla., for over 18 years and for a number of years volunteered as a teacher’s aide at the Conservatory School @ North Palm Beach where she was recognized as a “Volunteer of the Year”.

As a school aid, she focused her undivided attention towards children who had reading and social challenges by nurturing them, calming them, and ultimately helping them overcome their burdens to become active readers and interactive members of their classroom and school. Marcia used to brag about former students passing her in the hallways, recognizing her and running up to give hugs and love to her for what she did for them when they were younger.

In her final weeks she was able to reflect on a life rich in friends and love. In the end, she expressed comfort knowing that she had completed her purpose in life.

The family asks that donations be made to a charity of your choice.

Condolences to the family of Phyllis Grace Pear Reichman, who died at Alive Hospice in Nashville on June 2 at age 99. She is survived by her three children, Rick (Jeannie), Sydney, and Julie (Mark); her grandchildren, Jinna (Matt), and Valerie Bryn (Nick); a great-grandchild, Abigail Grace; a niece, Ami, and several nephews, Richard, Jamie, David, Steve, and Michael. A special sister-in-law, Marcia Pear, passed away just hours after Phyllis.

Phyllis was predeceased by her husband, Dr. Sidney C. Reichman, parents, Moe and Birdie Pear, a brother, Charles Pear, a sister, Elaine Pear Rothberg, and nephews, Johnny and Nicholas Rothberg, and all of her brothers-in-law and sisters-in-law. Numerous others went before her but she still managed to maintain a passion for life and appreciation of each moment. She was affectionately dubbed, “the comeback kid”.

Born in New York, she spent most of her formative years in Nashville. A graduate of Vanderbilt University, she was the first woman and the first freshman to win the Founder’s Medal in Oratory, despite a case of laryngitis the night of the competition.

After college and acting school in New York, she was an actress, producer and director in the Nashville community theatre scene, serving many years as president of Theatre Nashville. In 1966, she presided over the production of the musical, “Lost in the Stars,” with its primarily African American cast and a chorus consisting of the Fisk Jubilee Singers. In the midst of the Civil Rights Movement in Nashville it took chutzpah to present this outstanding and timely musical. She took delight in meeting with Sidney Poitier and Harry Belafonte who came to celebrate the theatre’s production, cast and crew.

In later years, Phyllis took up competitive duplicate bridge and was active in the Vanderbilt Bridge Club (Rookie of the Year and Life Master). She cherished her friendship with Michael Lawrence, world-renowned bridge guru, who moved to Nashville. Phyllis traveled the world with bridge groups and other friends and loved to learn new things. Until recently, she was an avid reader.

Phyllis followed politics with great interest and somehow managed to vote in the past year’s election.

In last years, she lived with her daughter, Sydney. The family expresses gratitude to her caregiver, LeAnne, son Rick, who was always on call, and to friends and family (Zina and Rae, who were like her ‘other daughters’), as well as staff at Alive Hospice in Nashville. Donations may be made in her memory to (https://www.alivehospice.org/donate).

Condolences to the family of Mark Alexander Zhislin who died on June 4. He was the son of Alexander Zhislin and brother of Helen (Jason) Crowley. Survivors include his sons, Jonah Zhislin and Eli Joslyn; nephews, Zacharay, Noah and Joshua Zhislin; his aunt, Geralda Zhislin and his many cousins, He was predeceased by his mother, Sophia Zhislin,